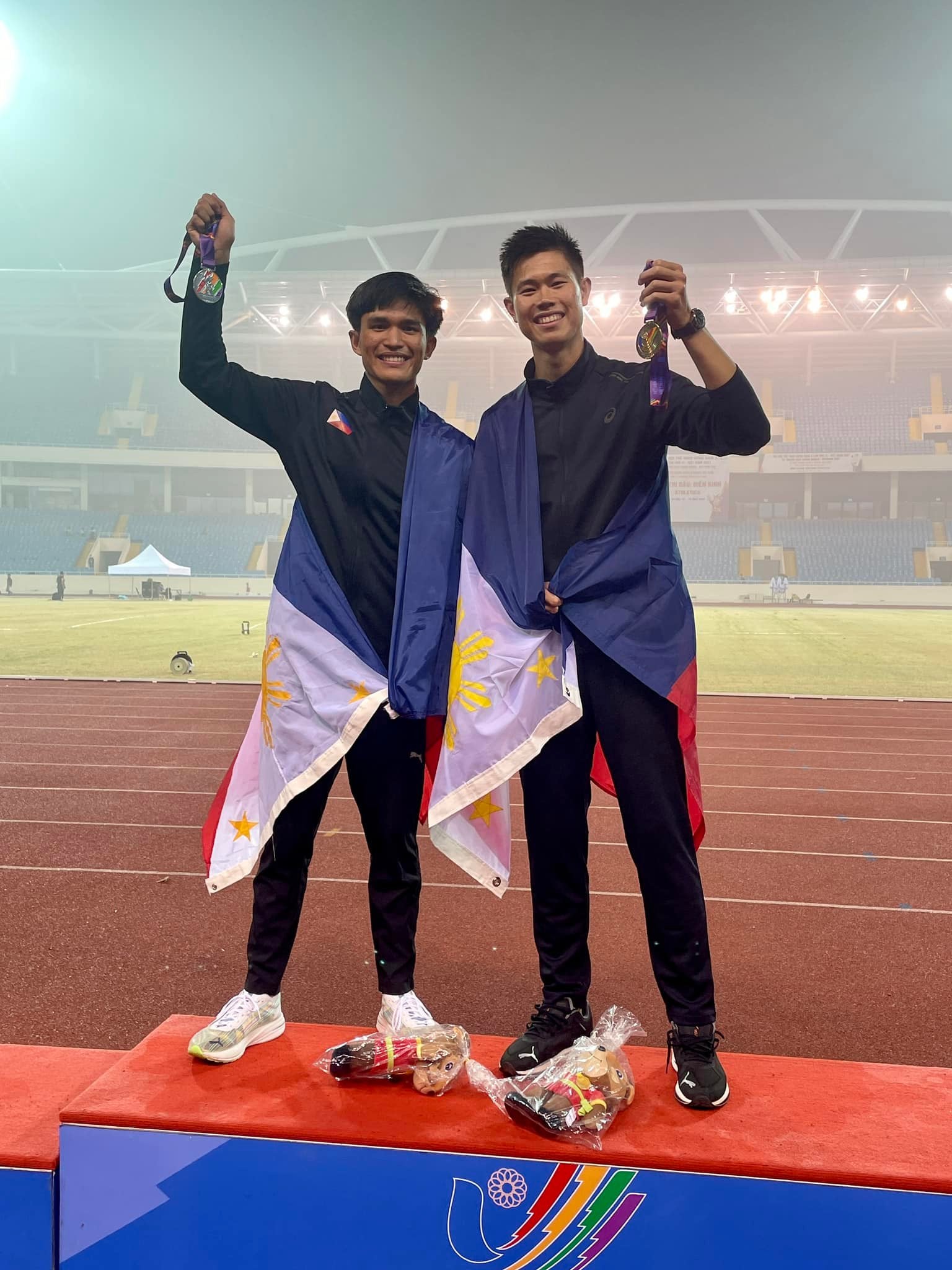 MANILA, Philippines — The Philippine Athletics Track and Field Association collected a gold medal, two silver and four bronze medals on Saturday in the 31st Southeast Asian Games at My Dinh Stadium in Vietnam.

With all eyes on EJ Obiena, who expectedly ruled the pole vault with a new SEA Games record of 5.46, the 19-year-old Hokett Delos Santos introduced himself in the regional meet,  placing second to his compatriot with 5.00 for the silver medal.

After Obiena and Delos Santos 1-2 finish in pole vault and the silver and bronze medals from sisters Kyla and Kayla Richardson, the national team got three more third-place finishes in men’s 1500m, men’s javelin throw, and women’s 5000m. 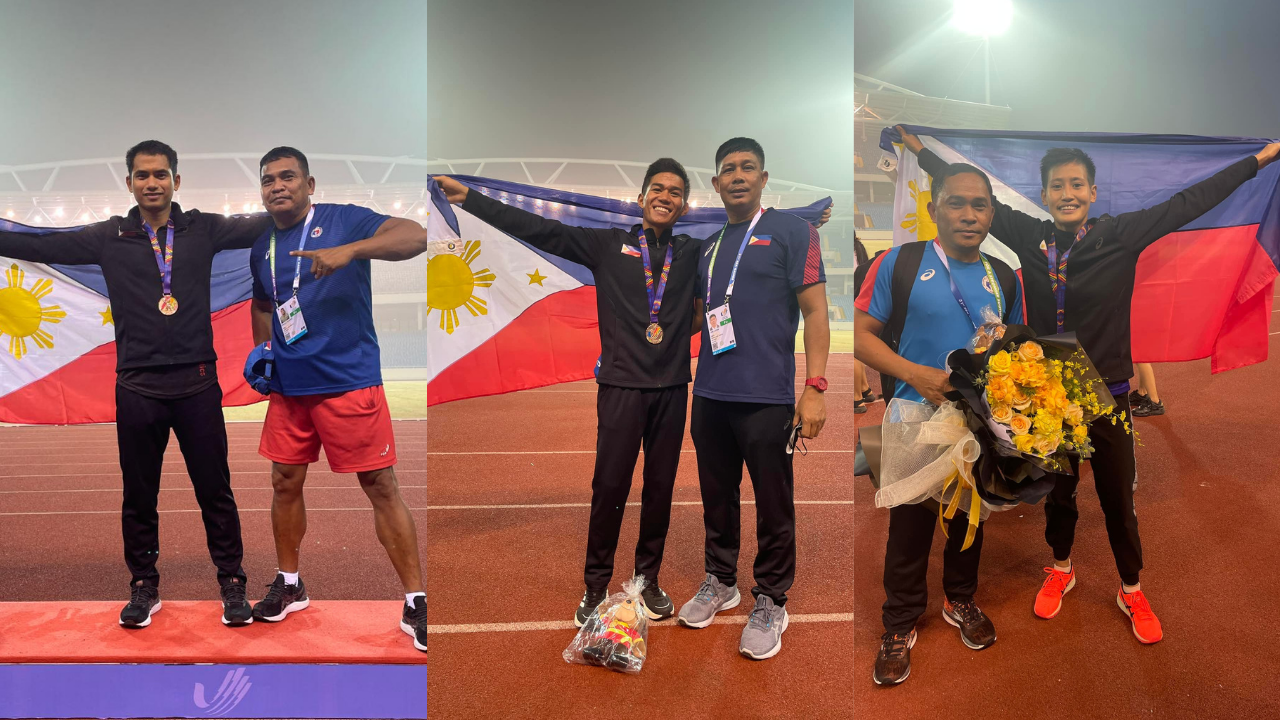 Vietnamese Phuoc Luong Duc won the contest with 3:54.370 for the gold medal, while Braza’s comrade Mariano Masano placed fifth with 3:57.180.

Vietnam placed 1 and 2 with Oanh Nguyen Thi winning the gold at 16:44.060, just one second ahead of his compatriot Hong Le Pham Thi.