Scotland’s Women’s World Cup qualifier in Ukraine has been postponed until June due to the ongoing invasion of the country by the Russian military.

The original tie was set to go ahead on April 8 but will instead now take place on June 24 with the Scottish FA not seeking to play a friendly in its place.

Pedro Martinez Losa’s side will instead prepare to take on group B leaders Spain who visit Hampden Park on April 12.

“In light of the ongoing conflict in Ukraine, we fully support Uefa’s decision,” said Martinez Losa.

“Football, naturally, comes second at a time like this. Our thoughts are with everyone in Ukraine affected by this horrible situation.

“We look forward to playing them when the time is right, and in the meantime we reiterate our message of solidarity.”

Scotland’s men’s side have also seen their World Cup play-off semi-final against Ukraine postponed until June, with Steve Clarke’s side playing two friendlies this month instead. 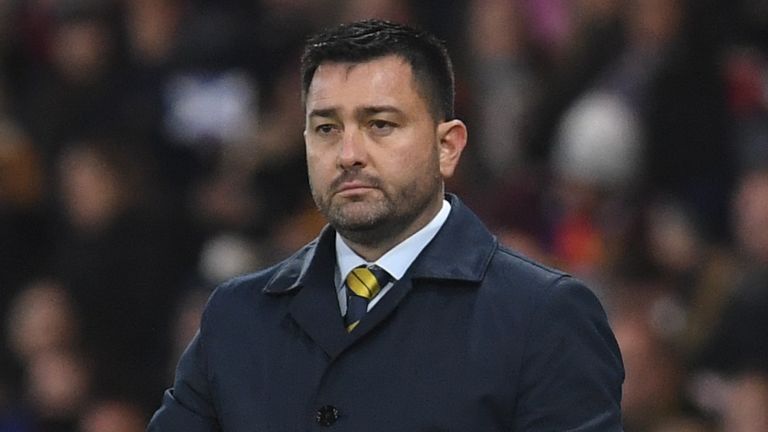 In an exclusive interview with Sky Sports, Martinez Losa revealed his main ambition for 2022 is securing a place at the 2023 Women’s World Cup.

The former Arsenal and Bordeaux women’s boss took charge of the national side last summer and immediately recorded three qualifying wins, beating Sweden then Hungary home and away.

An 8-0 defeat in his native Spain ended any chance of winning their group but Scotland are still second and Martinez Losa is feeling confident about his ambitions for the new year.

Corsie: A better generation now for players to come out 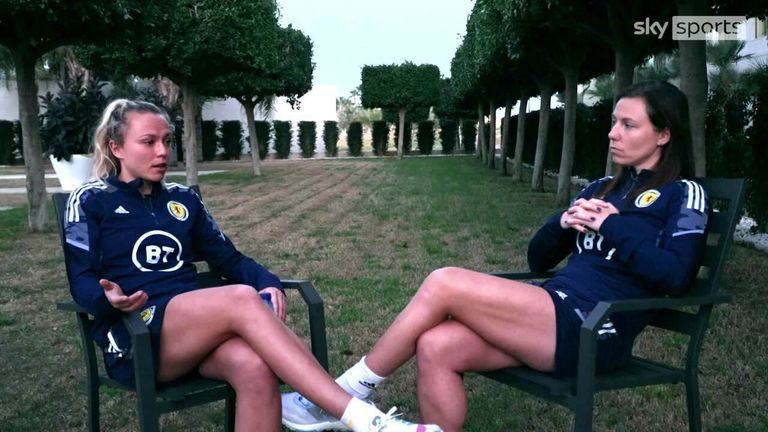 For LGBT+ History Month, the Scotland players Rachel Corsie and Claire Emslie sat down for a conversation on identity, their experiences in football, being an ally for the LGBT+ community, and why there has never been a better time to come out.

Corsie, who is lesbian and in a relationship, spoke with Emslie whose sister and close friends are part of the LGBT+ community.

The pair have played together for Scotland and had spells abroad but are now in the WSL with Corsie signing for Aston Villa earlier this year, while Emslie has been at Everton since 2020.