Paddy ‘The Baddy’ Pimblett and Molly McCann lit up London’s O2 Arena as UFC returned to the capital for the first time in three years.

Pimblett (18-3) further enhanced his star power in the lightweight division with a fabulous victory over Rodrigo Vargas for his fourth-straight win.

The Liverpool fighter locked in a rear-naked choke to make Mexico’s Vargas to tap in the first round.

Pimblett’s team-mate Molly McCann made it 12 wins from 16 fights with a dominant display against Brazilian Luana Carolina.

Despite getting caught early by Vargas, Pimblett quickly recovered to flip the script and take control in the octagon before ending things quickly. 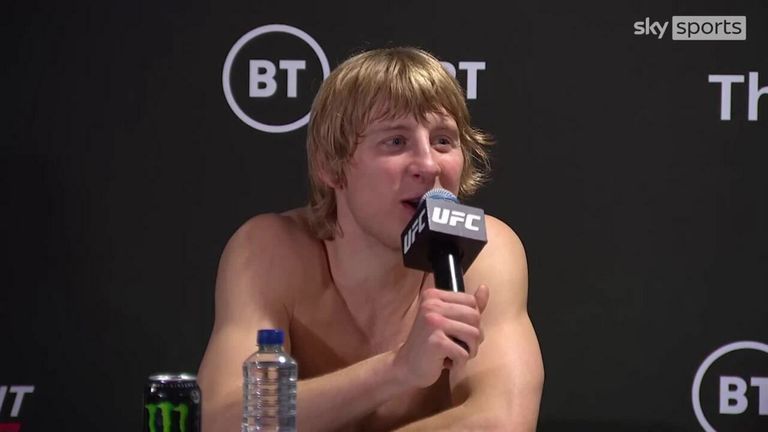 “It wasn’t as clean as I liked, but are you not entertained?” said Pimblett, who called out German-born Georgia Ilia Topuria after his win. “I have to get punched in the face to wake up! That was only like a five or six out of 10.

McCann, 31, stunned Carolina with a couple of stinging shots in the first round and she then controlled the next round after a well-timed takedown before finishing her opponent in the third with a brutal reverse spinning elbow to close out the contest and seal her second consecutive win in a row.

“We drill that every day,” Liverpudlian McCann said of her knockout. “I’m ready to go. I’m ready to punch all night. Thank you very much [Carolina] for pushing me. I’m so happy.” Pimblett has tipped Liverpool to win the quadruple this season!

In a huge heavyweight fight, Salford’s Tom Aspinall sealed the biggest win of his career over sixth-ranked Russian Alexander Volkov.

Aspinall recorded victory in the first round as he fastened in an armlock, forcing Volkov to tap.

“I’m born for this,” said Aspinall, who called out Australia’s popular heavyweight Tai Tuivasa after his victory. “My secret is self-belief. My brother and dad believe in me, and I believe in myself so much because of the people around me.”

Ipswich featherweight Arnold Allen also made a statement as he took out New Zealander Dan Hooker in an explosive first round after the referee stopped the contest.

Allen extended his UFC win steak to nine fights and now looks set for a showdown with a top-five ranked fighter, calling out American Calvin Kattar.