Richard Riakporhe on getting stabbed and why street life makes him a more dangerous fighter: ‘I have nothing to lose’ | Boxing News

The scar that runs down Richard Riakporhe’s chest is horrifying.

Thick, unmistakably grisly, and cascading from below his collarbone to just above his stomach directly down the centre of his torso, it is a permanent reminder of a former life.

It was back in November 2021, when speaking to Sky Sports, that Riakporhe returned to the scene of the crime, 16 years after his horrific attack.

“I nearly lost my life right here,” Riakporhe said. “I got stabbed over a mobile phone. I could have lost my life for around £100.

Riakporhe can hardly believe how he used to live. He said about the stabbing: “I remember like it was yesterday.

“I came out of a party and a guy storms out asking for my phone.

“I didn’t even have a phone. But, because of pride and ego, I said no.

“I got stabbed for that. The next thing I knew? I was in an ambulance, with an oxygen mask on.

“I thought I was going to die. I couldn’t breathe. I couldn’t get my words out. There was blood. Everybody was panicking.

“At that time, I wasn’t active on the streets and didn’t deserve to be stabbed.

“But because of my environment I found myself fighting for my life. 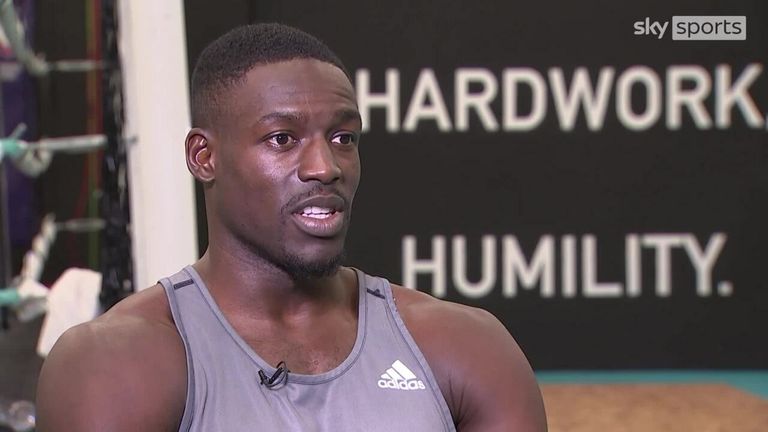 Boxing gave Riakporhe an escape route from a life which was almost brutally ended.

The 32-year-old has won each of his 13 professional bouts, with his previous victory over Olanrewaju Durodola late last year earning him the WBC silver cruiserweight title.

Riakporhe returns to the ring on Saturday, live on Sky Sports, with a clash against fellow unbeaten Londoner Deion Jumah (14-0) after his original opponent Fabio Turchi withdrew due to injury.

A world title shot likely awaits should Riakpohre win but he is already a major success story from the Aylesbury Estate in south-east London, an area of high-rise buildings defined by its social deprivation.

Sixty years ago a local councillor described it as “a concrete jungle not fit for people to live in” and, in 1997, Prime Minister Tony Blair stood in the Aylesbury Estate and spoke about “forgotten people”.

Today the area remains notorious for its gang-infested crime.

Riakporhe remembers gathering around a yellow board where, every day, the latest details about local misdemeanours would be posted.

One day, somebody was thrown from a balcony several storeys high. Another day, he recalls sneaking beyond a police cordon to discover somebody had been shot.

“It was a real challenge because, to have some respect in the area, you had to get involved,” Riakporhe explained. 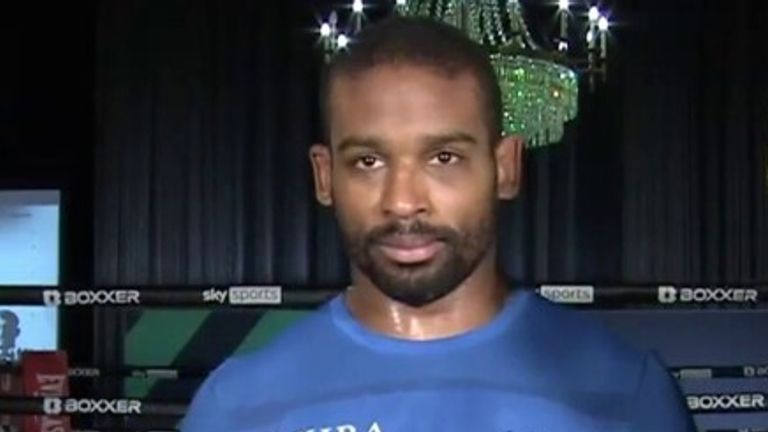 Deion Jumah says he’s ready to face Riakporhe, and believes victory will ‘change the game’ for his career

“I wanted people to salute me as I walked down the streets. That’s when I got involved in crime. I made decisions which I have learned from.

“I got led astray by a few friends from the area. A few bad decisions left me on a downward spiral of destruction.

“I looked out of the window and would see cars speeding, then people jumping out and sprinting off. Police cars right behind them. Sirens. Every single day.

“I became conditioned and thought it was normal.”

Riakporhe lived with his brother and mother who wouldn’t let them go out because “she was conscious of the area”. At 14, Riakporhe started spending time outside. He loved football and wanted to play for Crystal Palace until the street life gripped him. 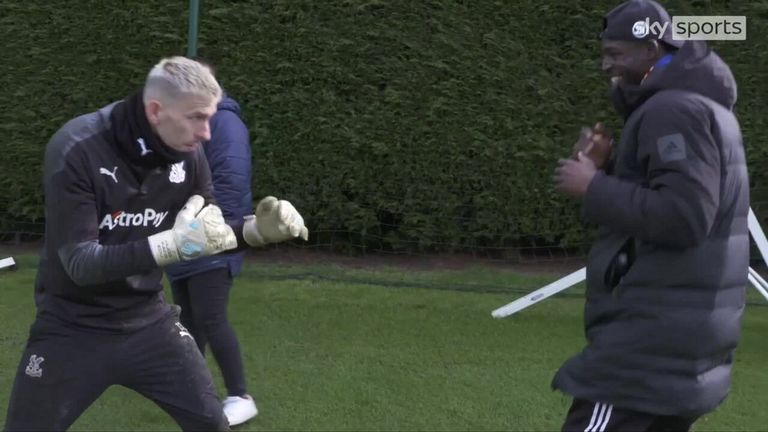 He would play-fight his brother until the violence escalated and one incident overstepped the mark. They swore never to battle again.

It is only when hearing somebody speak who had Riakporhe’s world view as a child and a teenager that you can begin understanding the challenges faced by those who grow up in similar environments and find themselves on the wrong side of the law.

“Being from this area we could only think on a certain level,” he said,

“I was used to seeing people who were involved in crime. But they had all of the attention – they attracted women, they had power, they had respect.

“Only now do I understand that it was a trivial way of thinking.

“At the time I thought it was the pinnacle of life.

“I thought I’d make it only when I had the cars and the clothes because materialistic things were a big thing to me, back then.

“Independent studying, reading, elevating my thinking changed my behaviour and my decision-making.”

Riakporhe became studious (he now has a degree in marketing communications and advertising) and found boxing. After the gym, he was too tired to get into mischief.

“I went to uni and explained the norms of where I grew up. It was like a movie to other people!

“I analysed my life and wanted to do better, to achieve more.

“I was ambitious and knew there was more to life than being around the streets.

“If not for boxing? Who knows where I would have ended up.

“I lacked skill but my coaches told me: ‘Just knock this guy out’. Once I imposed my will on my opponents they would dissolve. Not everybody has that kind of will. Where does it derive from? From where I grew up.”

The Aylesbury Estate runs through Riakporhe’s blood and, in the form of a stab wound, is forever imprinted on his chest.

“We found joy here, as crazy as that may sound,” he says while looking around the area which forged him.

“I appreciate life more, having come from this.”

Many of the greatest fighters ever grew up in socially deprived areas across the world and never lost the hunger to better themselves.

“Roberto Duran, Marvin Hagler – these guys came from absolutely nothing,” Riakporhe snared. “It made them grind and develop grit inside the ring.

“Being from this area made me the fighter I am today.

“I have nothing to lose because I came from nothing.”

A version of this story first appeared on skysports.com in November 2021.