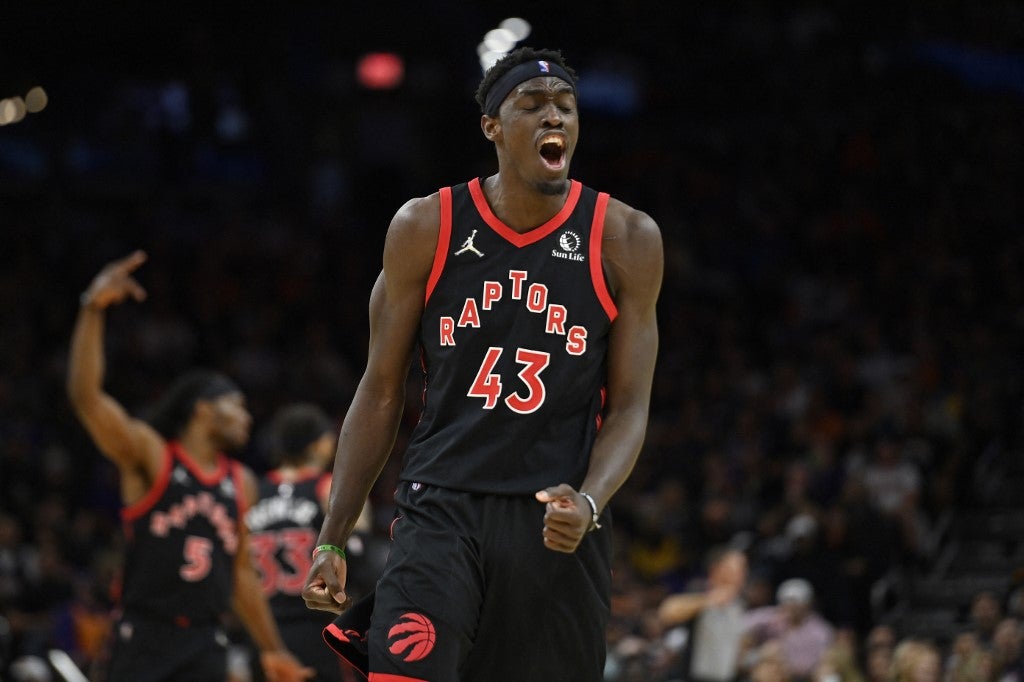 Pascal Siakam had 27 points and 11 rebounds and the visiting Toronto Raptors led all the way to defeat the Los Angeles Lakers 114-103 Monday night.

Siakam has scored at least 20 points in a career-best seven consecutive games.

Gary Trent Jr. scored 28 points for the Raptors, who have won four straight and are 4-1 with one game to go on their six-game road trip.

Scottie Barnes had 15 of his 21 points in the first quarter for Toronto. Chris Boucher finished with 13 points, Precious Achiuwa had 10 points and 11 rebounds, and Fred VanVleet chipped in with 11 points.

LeBron James had 30 points and nine rebounds for the Lakers, who have lost two in a row and four of their past five. They fell 140-111 to the host Phoenix Suns on Sunday.

Talen Horton-Tucker added 20 points for the Lakers, and Russell Westbrook and Carmelo Anthony each had 14 points. Scottie Barnes #4 of the Toronto Raptors takes a shot against Talen Horton-Tucker #5 of the Los Angeles Lakers in the second quarter at Crypto.com Arena on March 14, 2022 in Los Angeles, California. Ronald Martinez/Getty Images/AFP

Toronto, up by 21 after the first quarter and by 18 halftime, extended its lead to 28 in the third quarter and took a 20-point lead into the fourth.

James’ dunk had the Lakers within 15 points with 4:24 to play. Anthony made three free throws with 3:20 remaining, cutting the gap to 11. When James hit a 3-pointer with 2:19 to go, the margin was down to nine.

Trent made two free throws with 53.1 seconds to play, and the lead was back to 12.

Toronto led 33-12 after one quarter as the Lakers shot 3-for-25 from the field and trailed by as many as 24 points.

Malik Monk made a 3-pointer with 5:13 to play in the second quarter to cut the difference to 19. Westbrook’s layup moments later trimmed the lead to 17.

Siakam’s 3-pointer with 8:46 to play in the third quarter restored Toronto’s 22-point lead. Trent made two free throws with 3:04 remaining in the quarter to stretch the advantage to 28.

Tucker-Horton finished the third quarter with a 3-pointer to cut Toronto’s lead to 91-71.