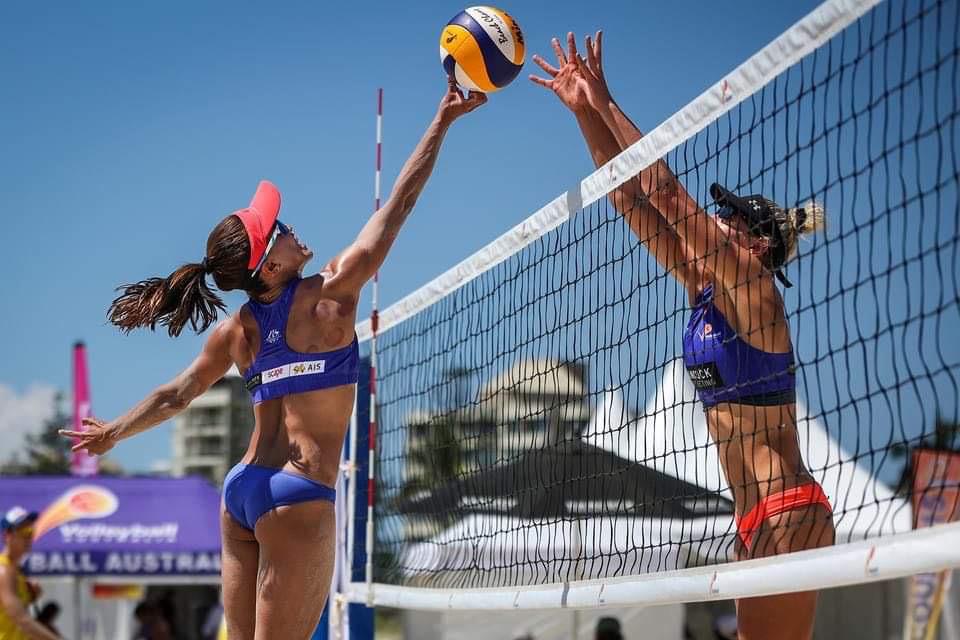 The national squads completed a perfect run in men’s and women’s Challenger Division 1 as part of their one-month training program in Brisbane for the 31 Southeast Asian Games in Hanoi, Vietnam in May 12 to 23.

Jovelyn Gonzaga was successful in her first partnership with Dij Rodriguez as the pair ruled the Women’s Challenger Division after their come-from-behind 18-21, 21-19, 15-13 victory over locals Alice Zeimann and Anna Donlan in the final.

SEA Games bronze medalist Rodriguez and Gonzaga, the longtime Philippine women’s volleyball team member who decided to shift to beach volleyball, completed a five-game sweep in the three-day tournament which is a top-tier domestic beach volleyball event on the Australian volleyball calendar.

Ranran Abdilla and Jaron Requinton also completed a dominant run in the Men’s Challenger Division I after beating Issa Batrane and Frederick Bialokoz, 22-20, 21-17, in the gold medal match.

Meanwhile, Sisi Rondina and Bernadeth Pons settled for silver, falling to Nikki Laird and Phoebe Bell, 18-21, 12-21, in the final of the Women’s Elite group.

Nene Bautista and Gen Eslapor captured the bronze after beating Saskia De Haan and Lisa-marie Moegle, 21-13, 21-19, in the Women’s Challenger Division I.

Pemie Bagalay and James Buytrago also took a bronze in the Men’s Challenger Division I with a 21-17, 21-12 conquest over Thomas Heptinstall and Jed Walker.