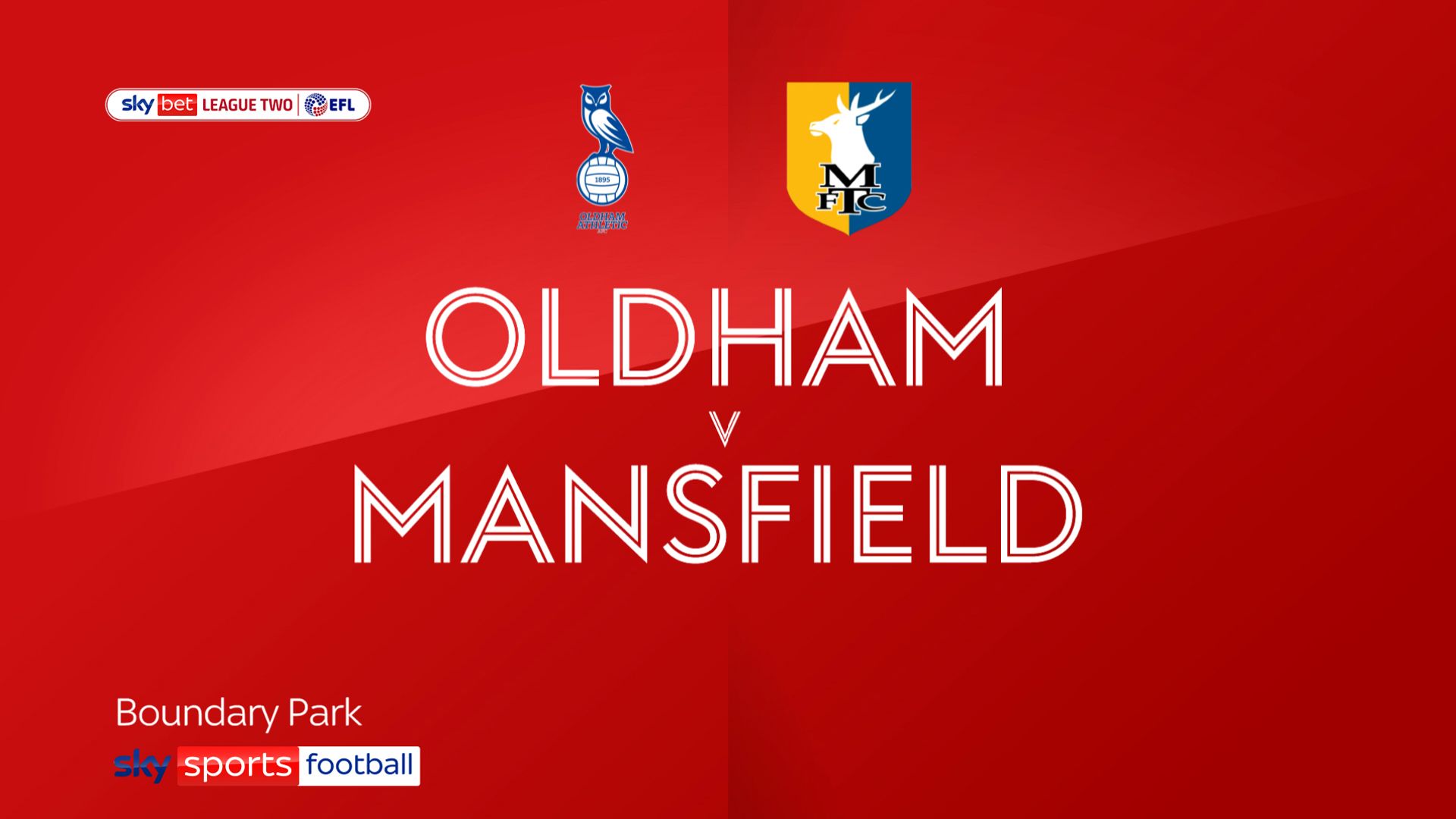 Lapslie pounced on a rebound after Rhys Oates’ shot bounced out off a post to condemn Oldham to a sixth-straight defeat.

Mansfield threatened early on when Oates skipped past defender Jordan Clarke before seeing a 20-yard drive saved by Danny Rogers.

Oates was again denied by Rogers soon after.

Oldham struck in the 23rd minute when Jack Stobbs crossed the ball in superbly for Davis Keillor-Dunn to head home his 14th goal of the season in all competitions.

The home side’s tails were up and Keillor-Dunn’s speculative 25-yard strike was inches off target.

Minutes after the restart, Mansfield loanee Matty Longstaff was denied by a brilliant point-blank save by Rogers.

Longstaff then teed up Oates, who rifled home the equaliser clinically via a slight deflection.

Stephen Quinn came close to notching a second for Mansfield, as did half-time substitute and midweek match-winner Jordan Bowery.

Lapslie headed narrowly wide late on, before then going on to seal victory in such dramatic fashion.