Nomadland review: a film that dwells in your psyche. 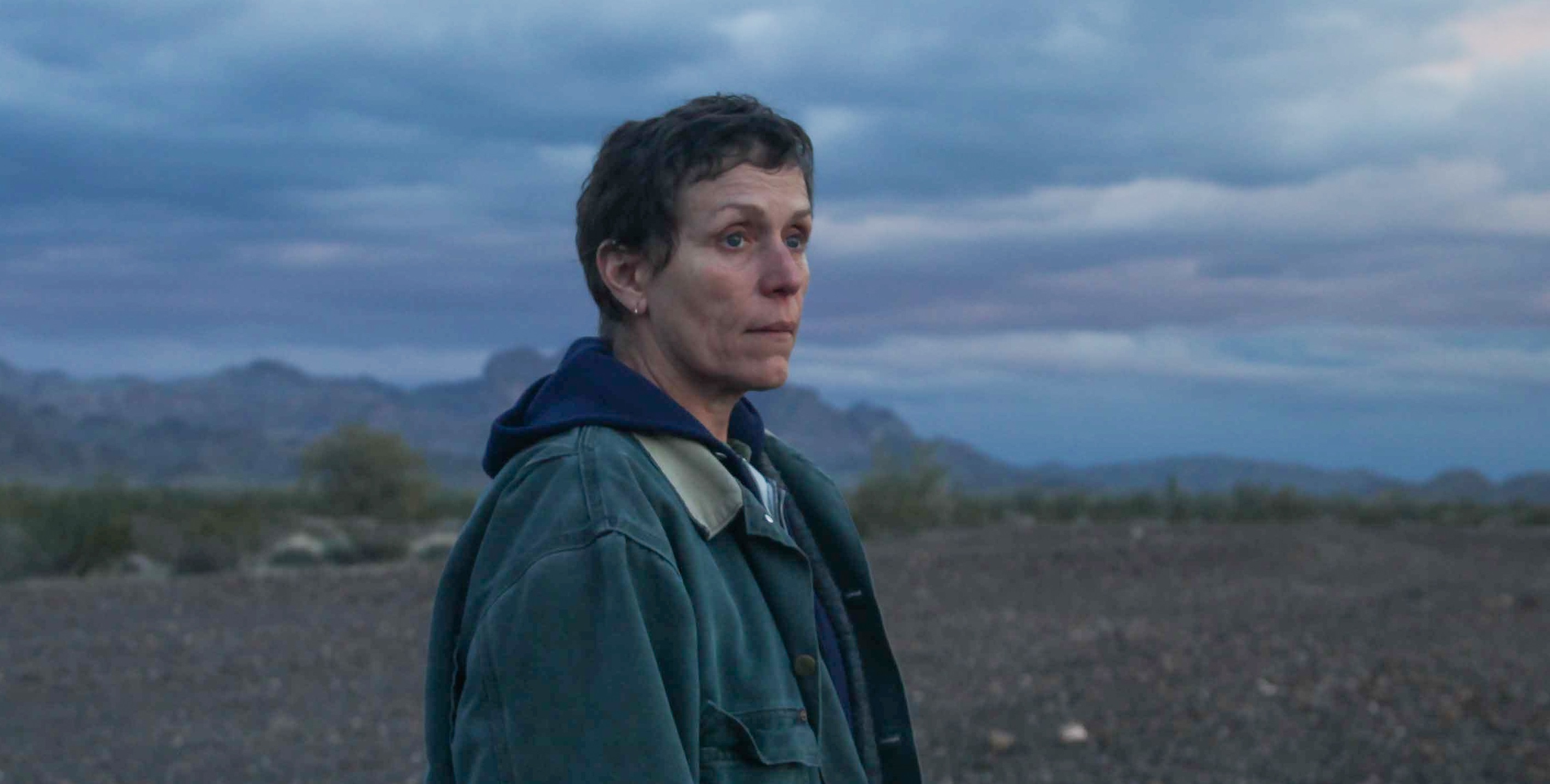 Chloé Zhao is shaping up to be one of our most gifted humanist directors, as is demonstrated in her film, Nomadland. Few filmmakers could harness the raw emotional power of the collapse of American industry and turn out a film that speaks to genuine experience rather than platitudes searching for the good old days. Nomadland is a film that dwells in your psyche, introducing you to transient friendship and majestic scenery, immersing you in the beauty of existence while demonstrating the lengths people go to experience it.

In the aftermath of the 2011 economic recession, a company town called Empire collapses when the only source of employment, a mine, shuts down. Residents lose their livelihoods, their families and their homes in one swift blow, having to choose between sticking around and facing life on welfare and taking off in pursuit of a new life. Fern (Frances McDormand) heads for the road, traveling the Midwest in a van that she has progressively modified to act as a mobile home. Going from seasonal job to seasonal job, she eschews the trappings of life under one roof in favor of retaining a measure of her own independence, even as the lifestyle threatens to take even what little she has left. Restrictions on where she can park and a lack of social support mean that she and wanderers like her must learn extreme self-sufficiency as quickly as possible.

McDormand is the centerpiece around which this revolves and Fern is a magnetic personality, even when she is simply sitting in her van, quietly wearing a Happy New Year tiara, pondering a photo of her deceased husband, or going about the bleak business that serves as her toilet on the road. She’s a woman who likes people and is more than happy to meet with strangers for conversation, trading of wares and survival tips but she’s also keen for those interactions to be fleeting. A recurring thread through the film is the temptation of a fellow van-dweller, played by David Strathairn, who develops a crush on Fern and clearly wants to have a connection with her that she can’t seem to give into. Her existence is a lonely one, but it’s lonely by choice, perhaps in ways that not even she understands as her need for independence overshadows everything else.

Yet rather than placing Fern in a conventional arc of self-discovery, Nomadland goes for something more episodic — focusing on the conversations she has with various travelers in vehicles they claim are not markers of their homelessness. The naturalistic performances of real-life nomads like Linda May, Charlene Swankie, and Bob Wells are almost documentary in nature, educational with regard to real experiences while McDormand simply listens, but comes with an emotional power that comes from baring the rawness of the lifestyle. This is cinéma vérité at its most potent, smuggled into a film that blurs the line between fiction and reality by putting you directly in communication with the experiences it depicts.

The other looming force over the film is cinematographer Joshua James Richards, whose sweeping landscape shots deserve to be seen on the largest screen and in the darkest room possible. As cliché as it is to claim that America is portrayed as a character, Nomadland earns its moniker by placing McDormand in the loneliest locales, gorgeous in their majesty but haunting — without the presence of another person for miles. It gives the sense of a land almost unmarked by human presence. There’s an enormity to this country that will drown you in your emotions if you let it, a fact which this film meditates on to great effect.

If one can fault Nomadland with anything, it’s that it may be too uncritical of the conditions that created the world it portrays. Online monolith Amazon is positively showcased as a provider of seasonal warehouse work for nomads. It feels strange in an adaptation of a non-fiction book that is harshly critical of the working conditions in those warehouses. It’s also wistful for times past in a way that is in keeping with Fern’s character but is maybe a little too myopic on why that past fell to pieces in the first place.

Even so, Nomadland is a heartbreaking character study of the fictional Fern, of the real nomads who wander the American wastes, of the great American Waste itself. It’s a film that sits with you, worms its way into your mind with beautiful scenery, and leaves you to contemplate the fall of an empire.