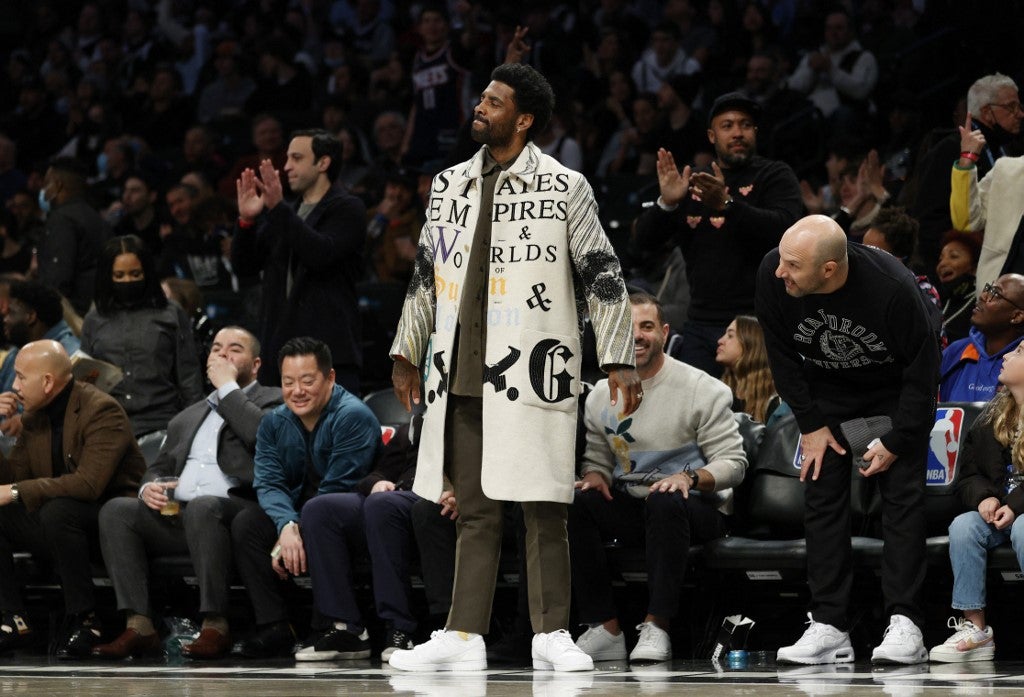 Kyrie Irving of the Brooklyn Nets attends the second half against the New York Knicks at Barclays Center on March 13, 2022 in the Brooklyn borough of New York City. The Nets won 110-107. Sarah Stier/Getty Images/AFP

The NBA fined the Brooklyn Nets $50,000 on Monday for allowing Kyrie Irving into their locker room at the Barclays Center in New York.

Because Irving is unvaccinated against COVID-19, his presence in that part of the building constituted a violation of New York City law along with NBA health and safety protocol, according to the league. 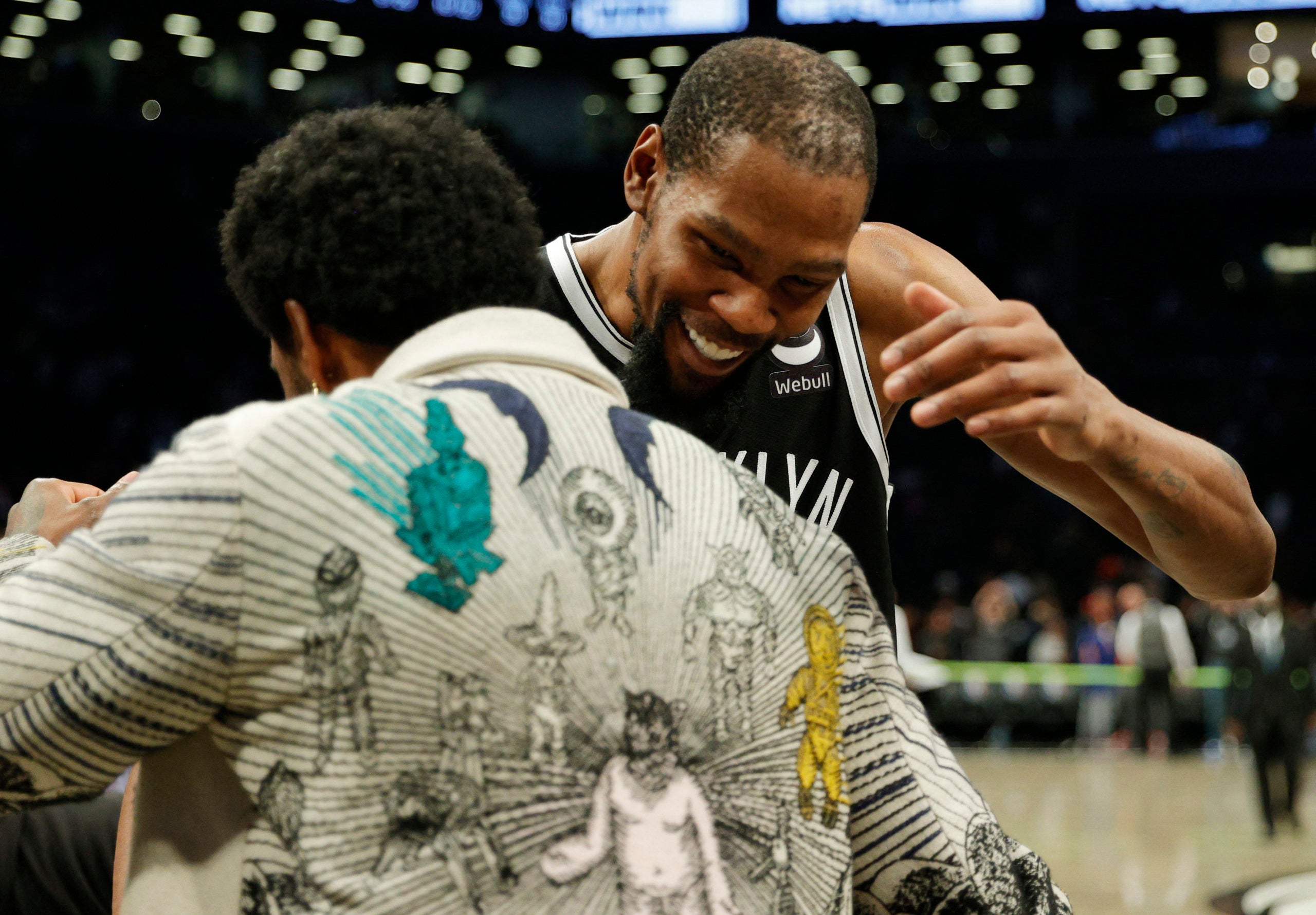 Kevin Durant #7 of the Brooklyn Nets hugs Kyrie Irving #11 after the second half against the New York Knicks at Barclays Center on March 13, 2022 in the Brooklyn borough of New York City. The Nets won 110-107. Sarah Stier/Getty Images/AFP

The city updated its COVID-19 policies to allow unvaccinated people into public spaces like arenas. So, Irving now can attend games at Barclays Center or Madison Square Garden as a fan — but not as an employee, as a mandate for the private sector remains in place.

“Like, there’s unvaxxed people in this building already,” Durant said in defense of Irving, before calling out New York mayor Eric Adams.

“Like, I don’t get it. Yeah, we’re all confused. Pretty much everybody in the world is confused at this point. Early on in the season people didn’t understand what was going on but now it just looks stupid. So hopefully, Eric, you got to figure this out.”