Jesse Marsch and Bruno Lage agreed that Raul Jimenez’s red card was the key moment in Leeds’ thrilling 3-2 win over Wolves but disagreed on the decision.

Wolves had been two goals up at Molineux when the Mexican striker was sent off for a second yellow card offence after fouling Leeds goalkeeper Illan Meslier.

Lage was unimpressed with the decision that proved the catalyst for a sensational comeback that ultimately saw Luke Ayling win the game for the away side in stoppage time. 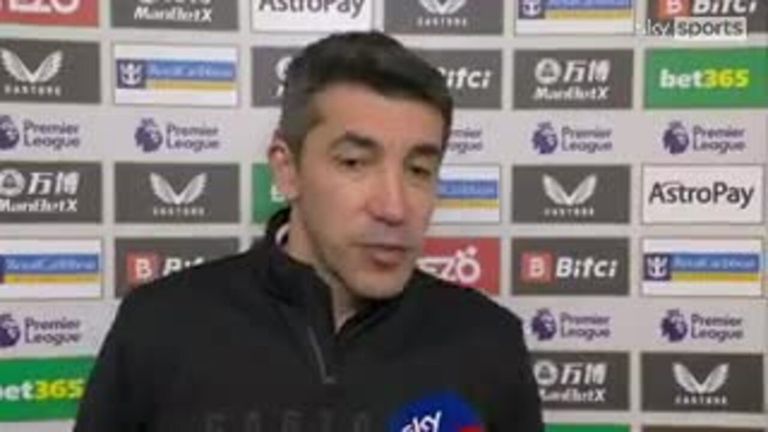 Bruno Lage was disappointed that his team suffered as a result of a controversial red card following a collision, in their 3-2 defeat against Leeds

“I know one of my assistants talk with the referee and the situation is he already saw the image and he continued with the same opinion, a foul from Raul,” Lage told Sky Sports.

“I think it’s body contact from both players that try to win the ball. After that when you have a chance to see on TV, like he did, he continued with the same decision.

“I have nothing more to say about it.”

Marsch acknowledged that Jimenez’s dismissal turned the game but had a different view to his Wolves counterpart – pointing to a foul on Stuart Dallas for the first yellow card.

“I thought it was too high and I asked the fourth official. They said they had reviewed it and did not think it was a red. It looked bad and certainly Stuart is suffering with it.

“Certainly, the red card helped massively. And I think it is definitely a double yellow. Deserved, no question for me.

“I thought it was clear. There was a lot of wild action in the game and probably a tough game to referee. However, for me, he went into the play reckless, so for sure it’s a second yellow for me.” 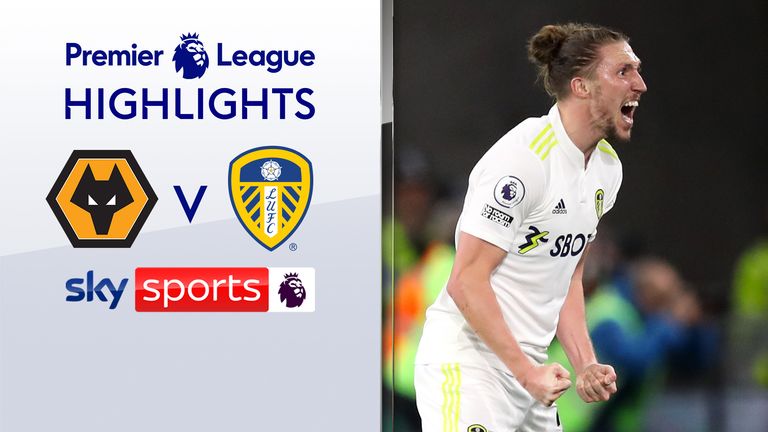 FREE TO WATCH: Highlights from Leeds’ win against Wolves in the Premier League

“When the ball got played through, everyone thought Jimenez was in. I winced when I saw the collision. The intensity of it.

“It’s a coming together at such speed. I was uneasy at him getting the yellow card.”

“I just feel when that ball is played, Jimenez feels he’s going to get it. He has to go for the ball.

“There’s naturally going to be a collision. Where can Jimenez go?

“The goalkeeper just gets there before him.” The Leeds boss began his press conference by giving a lengthy injury update given that he had to make four substitutions having also seen Raphinha ruled out due to Covid.

It was part of his thinking behind giving his players a day off on Saturday – although he joked that it was a decision that he had instantly regretted.

“In the euphoria after the game I gave them tomorrow off and about 10 minutes later I was like, ‘Why did I do that?’ But I think they deserved it.

“With the Covid situation with Raphinha it might be best for us not to be around each other and hopefully then we won’t pick up any more cases.

“For the last three or four months it has been a grind for our group.

“We have to enjoy moments like this. But then we will get back to work and try to get better so we can control our own destiny.”