How to watch Servant of the People with Volodymyr Zelensky’s 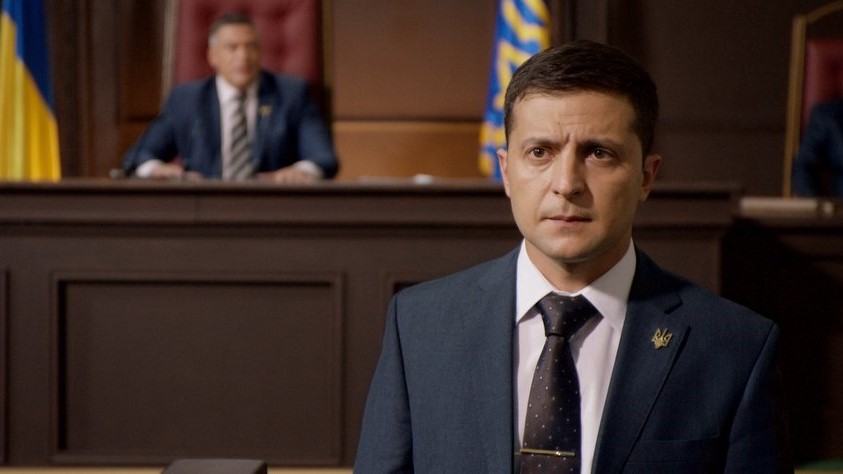 Before being elected as Ukraine’s president in 2019, Volodymyr Zelensky played the country’s leader on the TV show Servant of the People.

As Zelensky has become one of the most prominent figures in the world in recent weeks, Netflix has announced that it is making the political satire available to stream in the US (in the UK the first three episodes are available on All4).

You asked and it’s back!Servant of the People is once again available on Netflix in The US. The 2015 satirical comedy series stars Volodymyr Zelenskyy playing a teacher who unexpectedly becomes President after a video of him complaining about corruption suddenly goes viral. pic.twitter.com/Pp9f48jutFMarch 16, 2022

How to watch Servant of the People

Netflix has made the first season of Servant of the People available to stream for its US subscribers, which consists of 10 episodes. A Netflix account is required to watch the show.

Meanwhile, the first three episodes of Servant of the People can be watched on Channel 4’s streaming service, All4.

What is the plot of Servant of the People?

Servant of the People follows a Ukrainian teacher who gives a rant about government corruption on social media that unexpectedly results in him being elected president.

Volodymyr Zelensky in Servant of the People

Zelensky was a comedian and actor before his election as Ukraine’s president, with credits that date back to 2005, including winning the Ukrainian version of Dancing with the Stars. However, his star-making turn came when he took on the role of Vasyl Petrovych Goloborodko, the unexpected high school teacher who becomes president in Servant of the People.

The show had such an impact that Servant of the People actually became the name of the political party that Zelensky campaigned and won under in the 2019 Ukrainian election, earning 73% of the vote.

Servant of the People is by far Zelensky’s most notable acting role in his career, but many were surprised to hear that he also provided the voice for Paddington Bear in Ukrainian dubs of 2014’s Paddington and 2017’s Paddington 2 — including Paddington star Hugh Bonneville.

Servant of the People cast

Other actors in Servant of the People include:

How to donate to Ukraine

Many organizations are offering ways for people to donate and support the people of Ukraine. NPR has compiled a number of ways to support the country, while ITV in the UK is showing a Concert for Ukraine on March 29 to raise funds for the country.