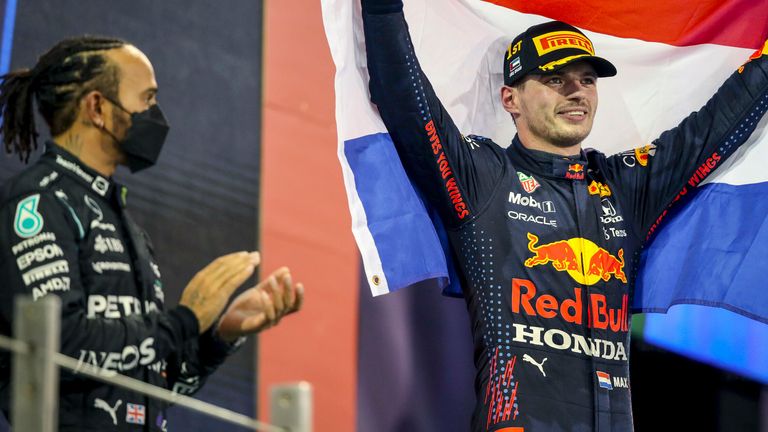 Craig Slater with the latest after the FIA confirmed that the 2021 Abu Dhabi GP title controversy was caused by ‘human error’, but say race director Michael Masi acted in ‘good faith’ and that the results remain ‘valid’.

Craig Slater with the latest after the FIA confirmed that the 2021 Abu Dhabi GP title controversy was caused by ‘human error’, but say race director Michael Masi acted in ‘good faith’ and that the results remain ‘valid’.

The FIA has confirmed that “human error” was a factor in the 2021 Abu Dhabi GP title controversy, but say race director Michael Masi acted in “good faith” and that the results from the race and championship are “valid”.

After months of waiting amid an inquiry, Formula 1’s governing body published its full report into the dramatic events that led to Max Verstappen snatching the title off Lewis Hamilton last December on Saturday, hours before qualifying for the 2022 season-opening Bahrain GP.

In the report, the FIA acknowledges Masi, who has since been replaced as race director, contravened F1 regulations with his handling of the late Safety Car and his allowing of one final racing lap between Verstappen and Hamilton.

The FIA say the race director “called the safety car back into the pit lane without it having completed an additional lap as required by the Formula 1 Sporting Regulations (Article 48.12).”

The report also mentions the fact only five cars were able to unlap themselves, and not all the unlapped cars as usual.

“The process of identifying lapped cars has up until now been a manual one and human error led to the fact that not all cars were allowed to unlap themselves.”

They say they have developed software in response that will “automate the communication of the list of cars that must unlap themselves”.

But they also defend Masi, stating: “The report finds that the race director was acting in good faith and to the best of his knowledge given the difficult circumstances, particularly acknowledging the significant time constraints for decisions to be made and the immense pressure being applied by the teams.

“The results of the 2021 Abu Dhabi Grand Prix and the FIA Formula One World Championship are valid, final and cannot now be changed.”

Experience the incredible conclusion of the Abu Dhabi GP from on-board Max Verstappen and Lewis Hamilton’s cars and listen to the team radios, including Hamilton saying the race had been ‘manipulated’.

Experience the incredible conclusion of the Abu Dhabi GP from on-board Max Verstappen and Lewis Hamilton’s cars and listen to the team radios, including Hamilton saying the race had been ‘manipulated’.

The report, which followed a World Motor Sport Council meeting in Bahrain, was drafted after a “detailed analysis and clarification exercise”, with the FIA saying they wanted “to draw any lessons from this situation and clarity to be provided to the participants, media, and fans about the current regulations to preserve the competitive nature of our sport while ensuring the safety of the drivers and officials”.

It delved in-depth into the controversy from Abu Dhabi and how Verstappen was put in a position to attack and overtake Hamilton. Masi is not the only one blamed, with Christian Horner and Toto Wolff both criticised for their radio messages to Masi in Abu Dhabi.

“Respective communications to the Race Director by the Red Bull Racing and Mercedes Team Principals during the final laps of the 2021 Abu Dhabi GP had a negative impact on the smooth running of the final laps because they were distracting when the race director needed to focus on making difficult and time‐pressured decisions,” say the FIA.

“It was found that these communications were neither necessary nor helpful to the smooth running of the race. Rather, the consensus was that they add pressure to the Race Director at a critical time.”

Hamilton said on team radio “this has been manipulated” just before the chequered flag but the FIA says the International Olympic Committee and Sportradar did not report “any integrity concerns regarding the official betting activity”.

It says that many changes have been made as a result of their inquiry, most of which have already been implemented. They include stopping team bosses being able to radio into the race director and a Virtual Race Control Room to assist in officiating, similar to VAR in football.

There is also a new refereeing structure for 2022, with Masi replaced by two race directors, Eduardo Freitas and Neils Wittich.

There have, meanwhile, been changes to the sporting regulations, which now state that “all” cars must be permitted to unlap themselves.

And there is finally an admission in the report that other rules would “benefit from clarification”, with it accepted that there were “different interpretations” of the rules and “that this likely contributed to the applied procedure” by Masi.

“There seems to be an admission here that loosely-written rules enabled the race director Masi to think it was within the wherewithal of those sporting regulations to expedite the withdrawal of the Safety Car and so have that one final lap of racing.

“The rules, though, have been clarified for this season and it is still the case that that extra lap should be run and that unpredictability should not have happened. Also put into the rules is that change of wording in terms of how many of the cars which needed to unlap themselves – the rules stated any but not all – now all cars must unlap themselves.

“But one of the interesting aspects to this report is it seems as though from reading it that the race director was not aware of perhaps the three other cars that did not unlap themselves. That was down to ‘human error’.

“Human error was the cause of some but not all the cars unlapping themselves. So now there will be a fully automated system which should ensure that that won’t happen again.

“So some mitigating words for Michael Masi even though it would appear he has lost his job. Talk of the time constraints and the pressures he was under at the end of that race. Talking perhaps of some ambiguity in the rules that encouraged him to think that he could do what he did in the end and the FIA saying that he acted ‘in good faith’.

“And in accordance with the desire to end the season under green flag conditions. But those rules tightened up now so that will not happen again. And just an affirmation that all the results will stand. Maybe this will put the episode to bed.”

Sky Sports F1 pundits on Abu Dhabi report: This is not going to console people

Martin Brundle: “It feels like something that should have been put to bed in January. There’s nothing new in there that we didn’t already know.

“I think what happened was almost inevitable in the end when you analyse. Under pressure, mistakes were made and it was a mess. There’s no remedy to unravel that race.

“Nothing’s changed since then, except some processes will be put in to make sure it doesn’t happen again.”

Damon Hill: The moment Mercedes withdrew their appeal and decided they weren’t going to pursue this in the courts, the matter was over.

The award was given to Max Verstappen.

“This is not going to console or in any way comfort people who believe Lewis Hamilton was robbed of an eighth world title.

“You used to have a set of regulations and everyone understood what to expect when a procedure was happening.

“Throughout last year there was a kind of moving of the targets, whether it was track limits, overtaking procedures, and some of that was put by drivers, by team managers.

“The FIA and F1 responded to the demands of fans to see better racing and all of those regulations became moveable.

“And that’s really why it ended up where it did. “