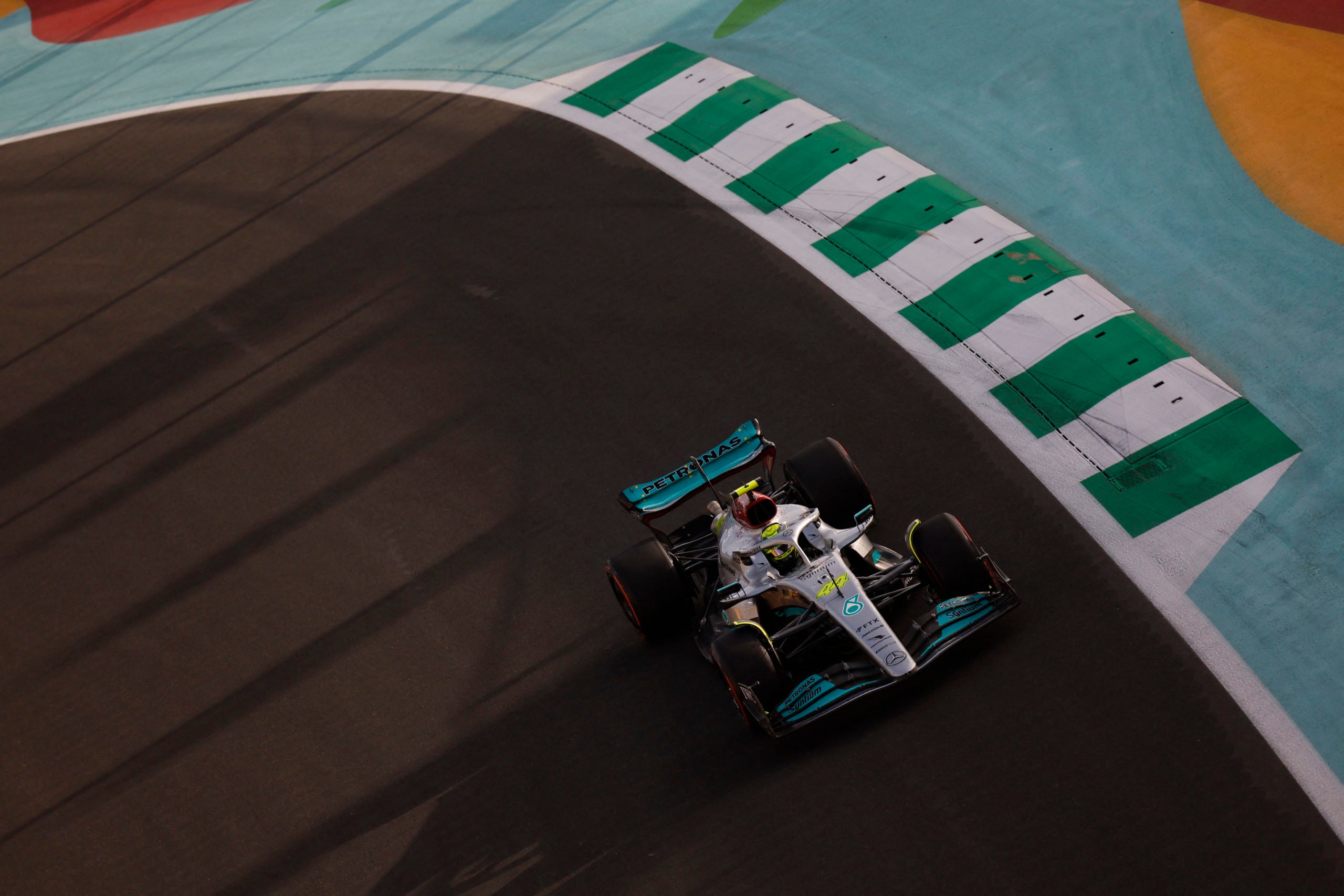 JEDDAH—Seven-time world champion Lewis Hamilton described his Mercedes as being “nowhere” after he failed to make it beyond the opening knockout phase of Saturday’s Formula One qualifying for the Saudi Arabian Grand Prix.

The 37-year-old Briton will line up 16th on the grid for Sunday’s race after failing to make the cut by just 0.087 seconds.

The result marked the first time since the 2017 Brazilian Grand Prix that Hamilton had failed to make it past the first qualifying phase.

In another blow to the Briton, new team mate George Russell set the fourth fastest time in that opening session and qualified sixth overall.

A difficult moment for @LewisHamilton, but we’re sure he’ll be back stronger than ever 💪#SaudiArabianGP #F1 pic.twitter.com/t8VzaQfdLE

“I just struggled with the balance, the car was very nervous, it just was nowhere,” Hamilton, who apologised to his team over the radio, told reporters after getting out of the car.

“When the other car is as quick as it is, it’s disappointing that I’m not able to deliver with my team mate,” added Hamilton, who was 1.4 seconds off the fastest lap set by Ferrari’s Carlos Sainz in the first part of qualifying and 0.6 seconds slower than Russell.

Hamilton, the winner in Saudi Arabia last year, has put in stirring drives from the back in the past but he is braced for a hard race on Sunday.

“We’re generally quite slow on the straights so it’s going to be a difficult race,” he said.