Charlotte Flair had high expectations set by people when she first broke into the business due to her father, Ric Flair, and she has succeeded them by becoming one of the biggest stars that WWE has right now.

She recently surpassed one of the pioneers in women’s wrestling – Trish Stratus – on the list of most combined days as WWE Women’s Champion, at over 822 days. 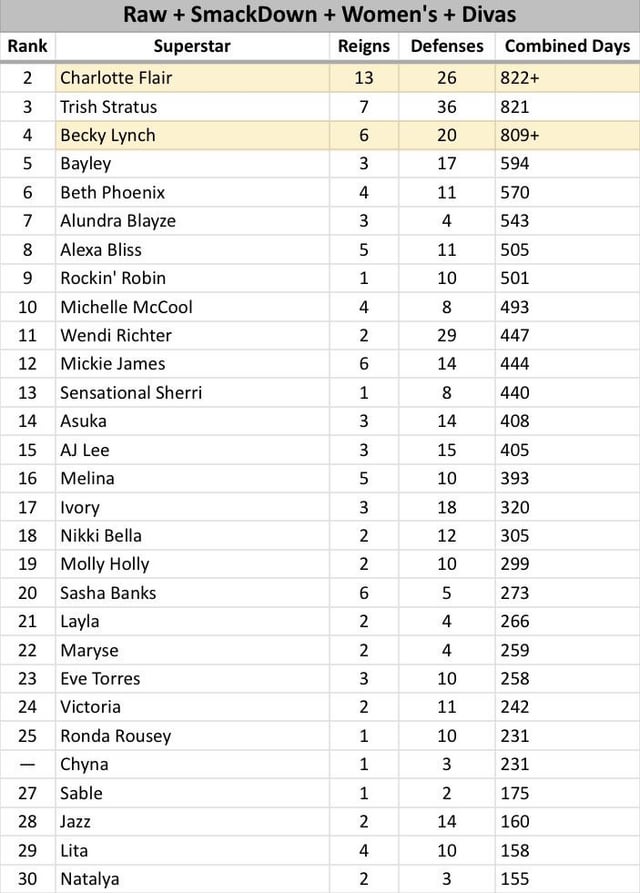 Flair is slated to make her next title defense against Ronda Rousey on the first night of WrestleMania 38.