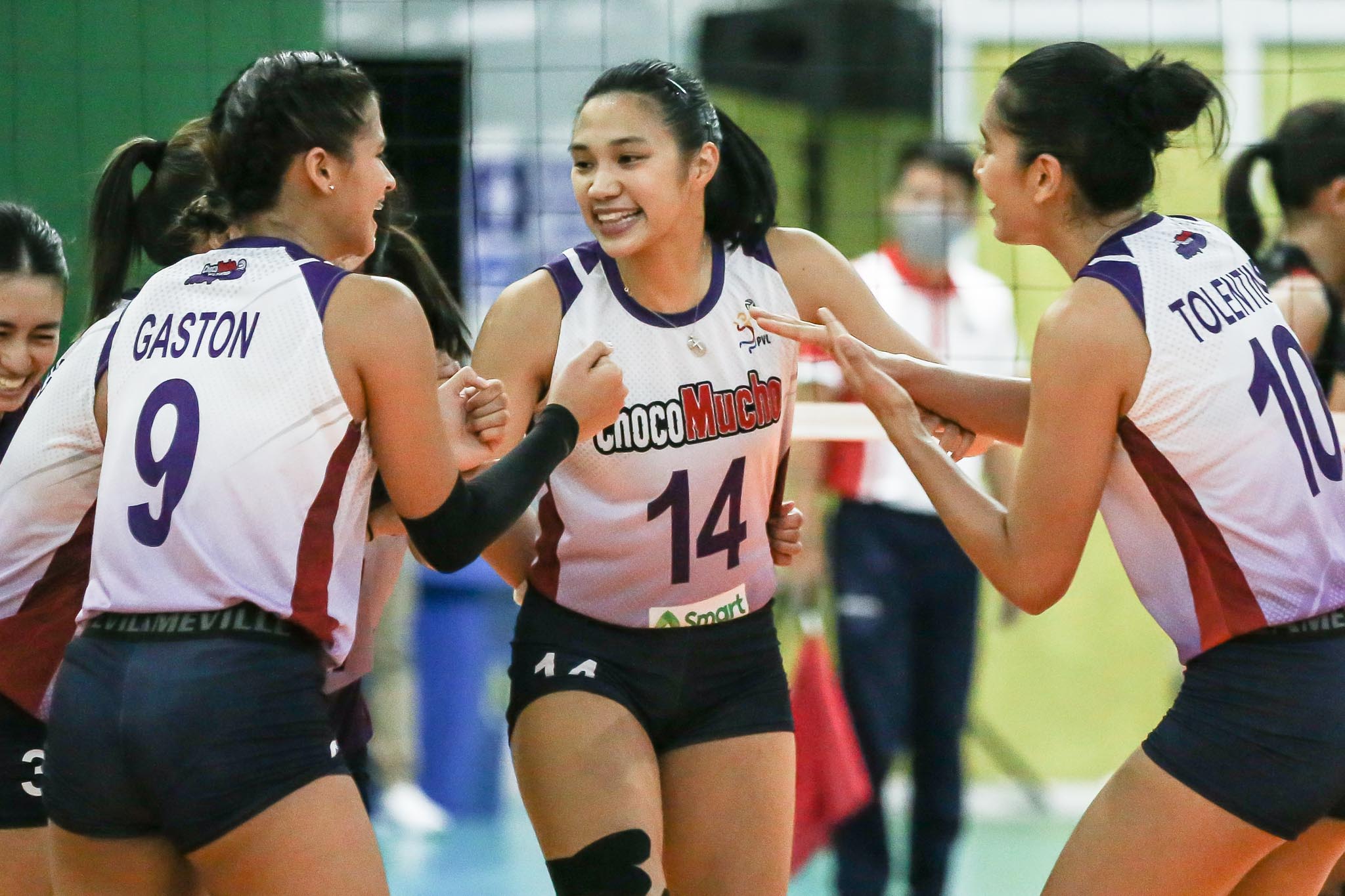 The revamped Flying Titans were as good as advertised after making quick work of Black Mamba-Army Lady Troopers, 25-13, 25-11, 25-23, to kick off their Open Conference campaign on a high note on Friday at Paco Arena.

Although the PVL matches are still being played behind closed doors, the fans made their presence felt as Choco Mucho, CMFT and some of its players like Deanna Wong were top trending topics on Twitter during their first Pool A game.

When asked about their team being fan favorites, the Flying Titans skipper said they really miss the crowd in their matches.

“We miss that kind of atmosphere. It adds to the competitiveness of the sport. We really miss them. Hopefully, as planned by the officials, the fans will be allowed by semis. I hope it happens,” said De Leon, who scored four, playing only in the first two sets.

The former Ateneo star hopes PVL’s plan to bring back the fans by staging the playoff games either at Ynares Sports Center in Pasig or San Juan Arena would work.

“We have a lot of support from the fans. We’re very thankful to all of our supporters, not just from the fans. Our family, friends and coaches and I believe they are a big boost to our confidence,” she added.

Besides the strong support from their fans, De Leon was happy to play with their new teammates Des Cheng, Isa Molde, Cherry Nunag, Aduke Ogunsanya, Jem Ferrer and Thang Ponce.

“We’re very, very happy that we have new guns. We’re happy that everyone from our team is ready to deliver,” De Leon said.