Who is Bagpipes on The Masked Singer UK? 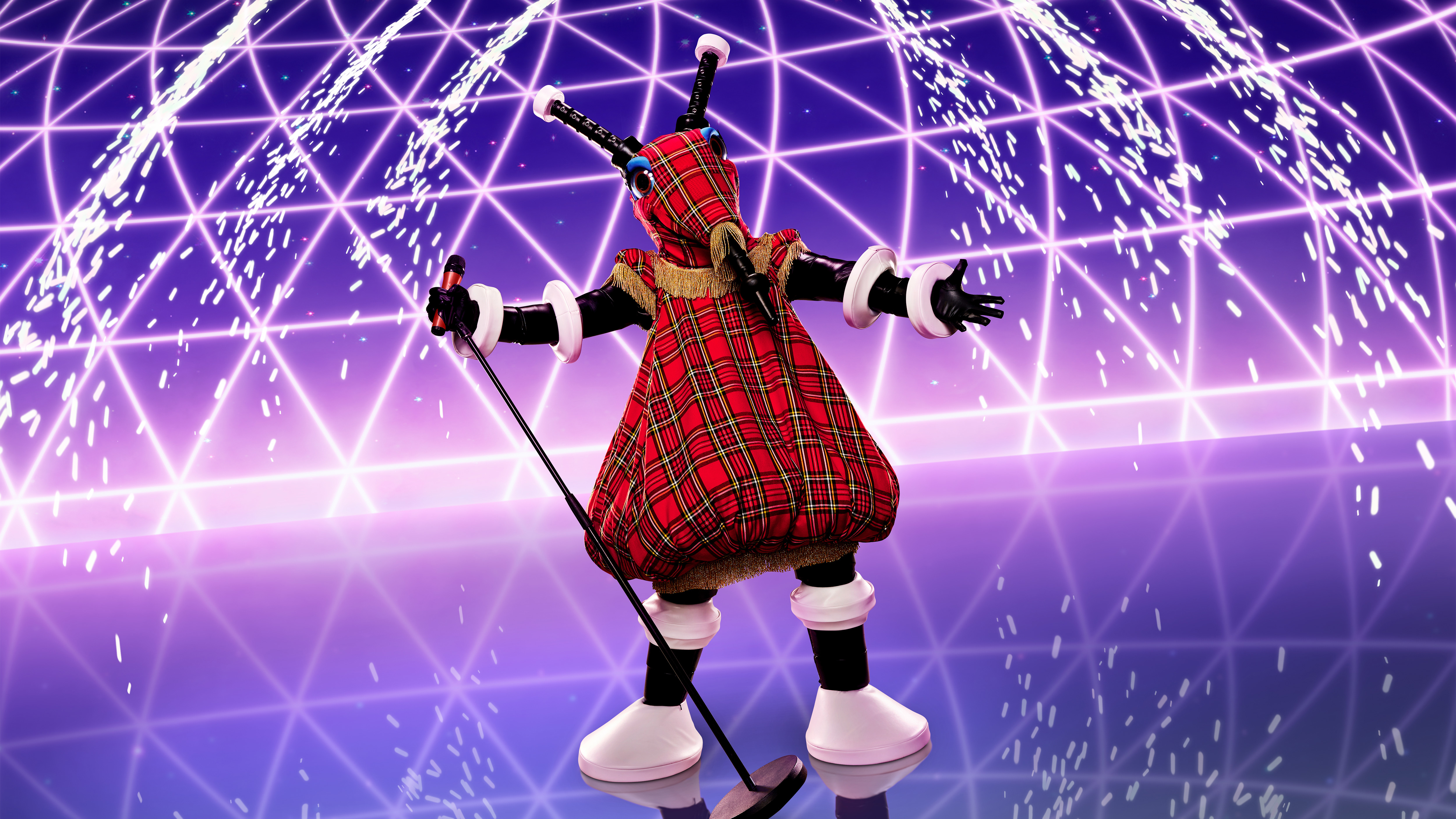 With The Masked Singer UK season 3 on our screens once again, it’s time to use our expertise to guess who could be hiding underneath each of the bonkers costumes.

Bringing some Scottish culture to the show, Bagpipes is part of the 12 announced costumes. But who could be hiding underneath their best tartan and preparing to blow everyone away with their music skills?

Who is Bagpipes in ‘The Masked Singer’ UK? Songs…

Week one was Song 2 by Blur.

Who is Bagpipes in ‘The Masked Singer’ UK? Verbal clues…

The only verbal clue we’ve been given for Bagpipes is: “Bagpipes – the pride of Scotland will be hoping to hit the high notes.”

Of course bagpipes are a huge part of Scottish culture, so could a Scottish star be hiding beneath the tartan? Looking at the clue of “the pride of Scotland” there’s many Scottish celebrities who could live up to that name.

But, if we take a guess from the verbal clue of “hoping to hit the high notes,” could Scottish opera singer Susan Boyle, who shot to fame after coming second in Britain’s Got Talent in 2009, be reaching the high notes as Bagpipes?

Although it seems unlikely, could global music sensation Lewis Capaldi be hitting the stage as Bagpipes? If it was him, we’re sure that he would be guessed straight away.

Who is Bagpipes in ‘The Masked Singer’ UK? Costume clues…

Due to the costume just being bagpipes, we can take a guess that Bagpipes could be a Scottish celebrity.

Could famous Scottish actors and former Doctor Who stars David Tennant and Peter Capaldi be set to storm the stage?

Scottish actresses Rose Leslie and Kelly Macdonald have both been flourishing in the TV crime genres, with Rose starring in Vigil and Kelly in Line of Duty. But could their singing skills be as good as their acting skills?

These famous stars definitely emulate Scottish pride, but could our guesses be wrong and be someone entirely different?

Who is Bagpipes in ‘The Masked Singer’ UK? Show clues…

Complete with a Scottish accent, Bagpipes introduced their clue package with: “Hello! You caught me having a wee sing-song! I’m Bagpipes.” However, the judges didn’t seem fully convinced that the person under the costume was actually Scottish and was putting on a fake accent.

“A set of bagpipes are very traditional, and you might know me for having started a tradition or two of my own.” As Bagpipes was dancing, there were a pair of tennis rackets behind him. He continued: “I’m no stranger to an instrument. And there’s a wee bit of Scottish in my past.” Davina McCall mentioned that they could be in a band.

“As for how I’m going to play The Masked Singer, well there’s going to be some tough competition out there, no mistake,” he then petted a Scotty dog toy wearing a dog collar with the name Annette on it. “It’s not going to be as easy as AC/DC, but I’ve been in this situation before and come out on top.”

Bagels were spotted during the recording, which Rita Ora said could be a reference to New York. “So, let’s just have some fun.”

“I played a wee tune with a tumbling rock,” was the final clue offered up by Bagpipes.

Who is Bagpipes on ‘The Masked Singer’ UK? Theories…

Rita was the first judge to offer up her guesses and she went for actor Richard Madden, and Mo Gilligan jokingly suggested Judy Murray, Andy Murray’s mum. Davina went for two tennis legends— Pat Cash and John McEnroe and Jonathan Ross guessed Paul Hollywood. Towards the end, the judging panel began leaning towards John McEnroe as the celebrity under the costume.

I am convinced that Bagpipes is Grayson Perry, the legend #MaskedSingerUKJanuary 2, 2022

Agree with panel that Bagpipes is John McEnroe #MaskedSingerUKJanuary 2, 2022

The new series of The Masked Singer continues on ITV — see our TV Guide for full listings.