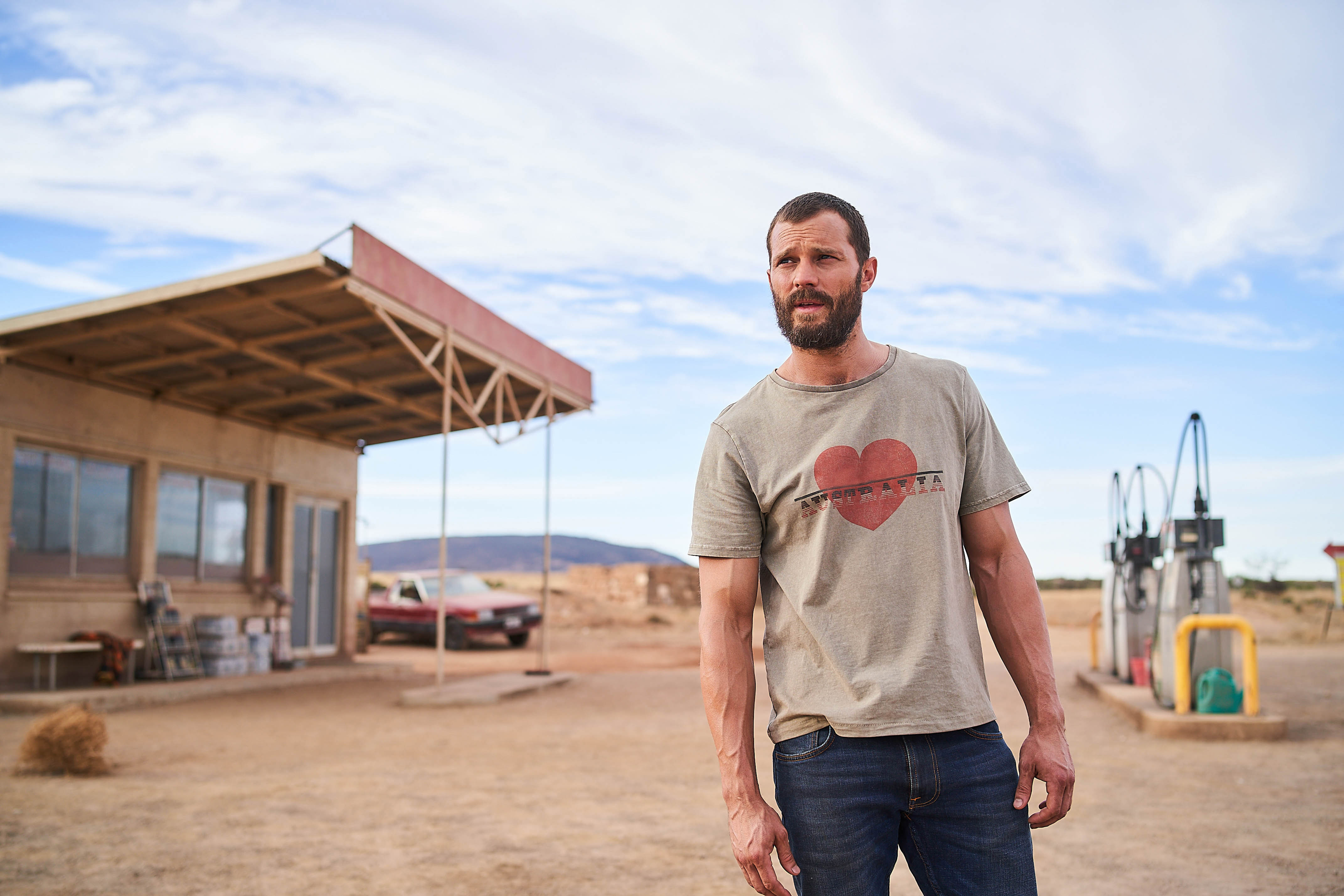 Jamie Dornan adorns the screen in new BBC One thriller The Tourist and while his mesmerising good looks seem distracting to many viewers it’s the beguiling narrative that is capturing most people’s attention.

Jamie Dornan plays a nameless Irishman driving through the Aussie outback in a beaten-up hatchback when he’s suddenly involved in a deadly game of cat and mouse with an articulated HGV. He thinks he’s escaped when he’s side-swiped and his car is thrown into a series of violent rolls.

When he comes to in a country hospital he has no recollection of the crash, his past or even his name.

It’s a thrilling conceit and one we shouldn’t be surprised by, considering the creators are Jack and Harry Williams, the supremely gifted brothers who kept us guessing through two series of the brilliant drama The Missing between 2014-16.

It seems the BBC has a hit on its hands as The Tourist viewers were lining up to praise the mystery on social media. One wrote: “Great first episode of #TheTourist. Having spent a year travelling around Australia, that’s a pretty accurate portrayal of the Outback folk! Funny, helpful and brutally honest!”

The Tourist is completely binge-worthy, according to many, so it’s great that the entire series can be watched on iPlayer. “It was worth staying up until 3am to binge watch The Tourist. Well done Jamie Dornan and the other actors it was a top show lots of twists and turns”.

It was worth staying up until 3am to binge watch The Tourist. Well done Jamie Dornan and the other actors it was a top show lots of twists and turns #TheTouristJanuary 2, 2022

Others agreed. “Finished #TheTourist and absolutely bloody loved it… it had a great cast, storyline and who new the BBC could make something so great?! 100% recommend!”

Watched #thetourist last night, held my interest. Seems to be a fusion of Duel, Memento and No Country For Old MenJanuary 2, 2022

Of course, there will always be detractors and this viewer felt a massive letdown was in store.

Why I do I have the feeling #TheTourist is going to be like #AngelaBlack not great but you watch it because you have to know the ending. Same writers.January 2, 2022

They were in the distinct minority, however, as The Tourist has received a massive thumbs up from the public and critics. The first unmissable series of 2022? “Watching #TheTourist & already obsessed..” was the verdict of many.