‘Thor: Love and Thunder’: everything we know 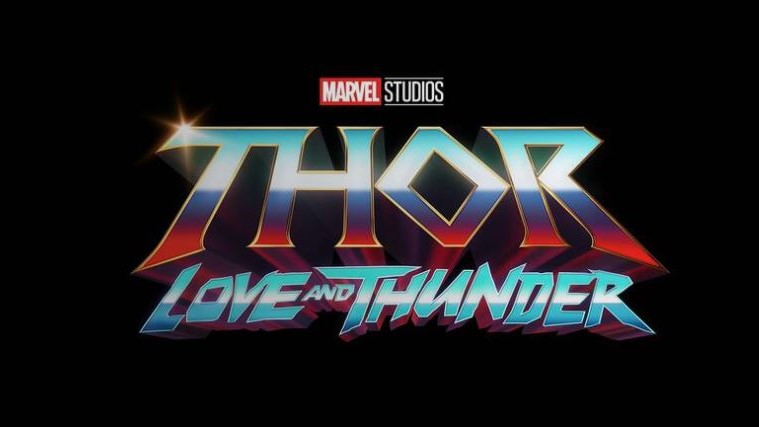 Though Marvel continues to add new superheroes to its MCU roster, fans will once again be treated to a new movie featuring one of the original Avengers — Chris Hemsworth’s Thor in 2022’s Thor: Love and Thunder. This will be the fourth solo Marvel movie for Thor.

Thor: Love and Thunder is part of Phase 4 of the Marvel Cinematic Universe, which officially got underway in 2021. So far this new phase of the MCU has seen the release of Black Widow, Shang-Chi and the Legend of the Ten Rings, Eternals and Spider-Man: No Way Home on the big screen, as well as the expansion of the MCU on TV, as Disney Plus has premiered a number of Marvel original series that continue the larger, connected story — WandaVision, The Falcon and the Winter Soldier, Loki and Hawkeye.

In addition to Thor: Love and Thunder, we know in 2022 Marvel is also releasing Doctor Strange in the Multiverse of Madness and Black Panther: Wakanda Forever, as well as new TV shows Moon Knight, Ms. Marvel and She-Hulk on Disney Plus.

What’s in store for the God of Thunder? Here is everything we know about Thor: Love and Thunder.

In October 2021, Disney announced date changes for multiple Marvel movies, including moving Doctor Strange in the Multiverse of Madness from its initially planned March 2022 release to May 6, which was the original date for Thor: Love and Thunder. This caused a chain reaction that put Thor: Love and Thunder on its new July 8 date, pushing Black Panther: Wakanda Forever to Nov. 11, 2022, which then pushed the Captain Marvel sequel, The Marvels, to 2023.

A key thing to know about Thor: Love and Thunder’s release date (for all upcoming Marvel movies, actually), it will be getting an exclusive run in movie theaters for at least 45 days before it makes its way to digital or streaming.

As the Marvel Cinematic Universe continues to grow, the cast of Thor: Love and Thunder will feature an exciting mix of new and fan favorite characters, but first and foremost it will see Chris Hemsworth returning to the role of Thor. Hemsworth has played the God of Thunder since 2011, appearing in seven MCU movies, including his three solo movies and all four Avengers movies (it’s eight if you want to count his post-credits appearance in Doctor Strange, though that was a scene from Thor: Ragnarok).

Hemsworth hasn’t just been confined to the MCU, however. During his time as Thor, Hemsworth has also started in movies like Snow White and the Huntsman, Rush and Extraction, to name a few. He has become one of the most popular actors today, with a knack for balancing action and comedy roles; a skill he definitely has shown as Thor.

While other original Avengers actors like Robert Downey Jr., Chris Evans and Scarlett Johansson have seen their characters’ arcs come to a definitive end, Hemsworth keeps rolling along as Thor. Though there is a chance his title as God of Thunder may be passed to someone else in Thor: Love and Thunder — Natalie Portman.

Portman played scientist and Thor love interest Jane Foster in Thor and Thor: The Dark World, though did not appear in Thor: Ragnarok (it was explained that the pair had broken up); her character did pop up as a cameo in Avengers: Endgame. Portman is back for Thor: Love and Thunder, and it was confirmed early in the process that Jane would become the superpowered Mighty Thor in this new movie (check out some concept art revealing what could be Natalie Portman’s Thor: Love and Thunder costume below). Outside of the MCU, Portman is known mostly for her Oscar-winning role in Black Swan and her role as Padmé Amidala in the Star Wars prequels, but she has a career that spans back to when she was a kid, starring in the movie Leon: The Professional.

Hemsworth and Portman are leading the way, but Thor: Love and Thunder is stuffed with other fan-favorite Marvel characters. From previous Thor movies, Tessa Thompson is confirmed to reprise her role as Valkyrie, Jaimie Alexander is returning as Lady Sif and Taika Waititi is back as Korg. Joining things, at least for a bit, will also be members of the Guardians of the Galaxy (Thor left with them at the end of Avengers: Endgame), specifically Chris Pratt’s Peter Quill, Karen Gillan’s Nebula and Sean Gunn’s Kraglin. Other Guardians of the Galaxy stars Dave Bautista and Pom Klementieff have not been confirmed for Thor: Love and Thunder.

Adding a bit of fun, Sam Neil, Luke Hemsworth and Matt Damon are returning as the actors playing Odin, Thor and Loki, respectively, while Melissa McCarthy is expected to join as an actress playing Thor: Ragnarok villain Hela.

While McCarthy will be a fun new cameo, there are two big new additions to the cast that will have a bit more bearing on the plot. Christian Bale, who already has superhero experience playing Batman in Christopher Nolan’s Dark Knight trilogy, is slated as the Thor: Love and Thunder villain, Gorr the God Butcher. Another Oscar-winning actor is entering the MCU after appearing in a DC movie (Man of Steel), as Russell Crowe is slated to play Zeus.

In addition to starring as Korg, Taika Waititi is back as the writer (with Jennifer Kaytin Robinson) and director of Thor: Love and Thunder after receiving near universal praise for Thor: Ragnarok.

The New Zealand actor/director has become a big player in Hollywood. Starting out his career with smaller movies like Eagle vs Shark and Boy, Waititi began to get acclaim with the comedies What We Do in the Shadows (the movie that inspired the hit TV show) and The Hunt for the Wilderpeople. He followed Thor: Ragnarok up with Jojo Rabbit (for which he won an Oscar for Best Adapted Screenplay).

In addition to Thor: Love and Thunder, Waititi has the movie Next Goal Wins possibly coming out as a new 2022 movie and the HBO Max original TV series Our Flag Means Death.

Marvel has not released an official plot for Thor: Love and Thunder. However, it is believed that Thor: Love and Thunder is inspired by the Mighty Thor comic series, which first saw Jane Foster take on the mantle of Thor. In the comic, Jane goes through cancer treatment, which Portman did confirm in a 2020 interview with Yahoo will be part of the movie’s story. Taika Waitit also told the BBC that the story is “very romantic.”

While we wait for an official Thor: Love and Thunder plot, here is where things left off with Thor. After defeating Thanos with the other Avengers in Avengers: Endgame, Thor left Valkyrie in charge of New Asgard on Earth as he set off with the Guardians of the Galaxy for adventures unknown. Thor memorably added a pretty big beer belly in Avengers: Endgame (though that didn’t stop him from kicking but), but fans can expect a ripped Thor to return in Thor: Love and Thunder.

There is no trailer for Thor: Love and Thunder yet and no confirmed release for one. Marvel could wait to show a trailer as a post-credits scene in Doctor Strange in the Multiverse of Madness, but with only two months between the two movies it would be surprising if we didn’t see any footage before then. We’ll be sure to post the Thor: Love and Thunder trailer right here when it is released.

How will ‘Thor: Love and Thunder’ impact the MCU?

Phase 4 of the MCU has been building out the idea of the multiverse. We’ve seen it in Loki and Spider-Man: No Way Home, while the new Doctor Strange movie literally has multiverse in its title. However, with as little knowledge as we have on Thor: Love and Thunder’s actual plot, it is hard to say if the multiverse will be a factor in its story.

What we can make educated guesses on is how the story will impact the characters. With Jane Foster returning and taking on the title of Mighty Thor, its possible that Chris Hemsworth could either take a step back in the MCU and Natalie Portman lead things in future movies, or they could become a package deal.

We’ll also probably get a sense of where things might be going with the Guardians of the Galaxy, as their next movie is expected in 2023.

Maybe another Marvel character will pop up and surprise us. After all, can we really have a Thor movie without Loki?

Fans have been enjoying the Marvel Cinematic Universe since 2008, but just to keep things neat and tidy, here is a full list of all the MCU movies (we’re omitting the Disney Plus series) released so far and upcoming as part of Phase 4.