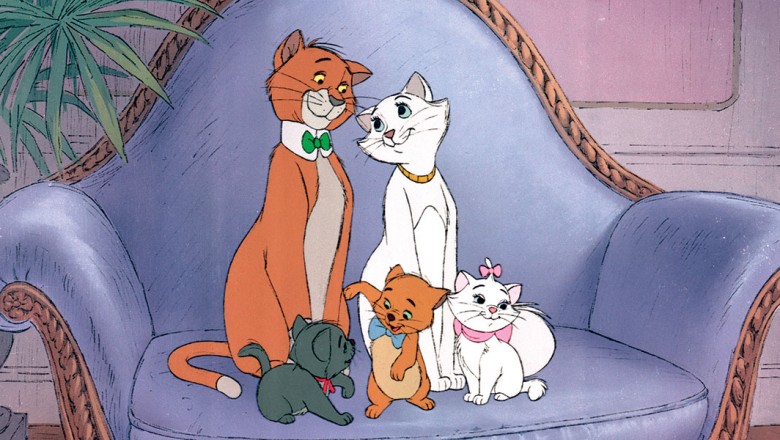 The Disney animated movie The Aristocats (1970) famously sang “Everybody Wants to Be a Cat,” but the opinion on the recently announced live-action remake of The Aristocats is much less universal. While some fans have voiced excitement about this under-the-radar Disney favorite getting an update, others are extremely worried it could turn more along the lines of the 2019’s The Lion King “live-action” remake or (gulp) Cats.

Variety reported on Jan. 20 that Disney was in early development on a live-action adaptation of The Aristocats, with director Will Gluck (Peter Rabbit) and Onward writer Keith Bunin set to pen the script.

The Aristocats was a story about a cat (Duchess) and her three kittens (the wonderfully named, Berlioz, Marie and Toulouse) who are kidnapped from their luxurious life in Paris and left in the country by their owner’s jealous butler. With the help of a tomcat named Thomas O’Malley, the cats attempt to make their way back to Paris.

Disney has made it a habit in recent years to take a number of their classic animations and remake them as live-action movies, including ones that feature animals as main characters, like The Jungle Book, Lady and the Tramp and The Lion King. The latter received some criticism as the hyper-realistic CGI talking animals were unnerving to some viewers who saw it. Then of course there is the 2019 film, Cats which was widely derided for its slightly creepy and unintentionally hilarious CGI cat/human hybrid creations.

Though it is still in the early stages, Variety noted in its story that The Aristocats is likely to have a look similar to Lady and the Tramp. Plus, having worked on Peter Rabbit, Gluck has experience creating stories that mix CGI talking animals with live-action surroundings and characters.

Of course, even though it’ll be a good while before we know what a live-action The Aristocats will look like, fans of the movie weren’t hiding their instant reactions to the news. Some appear to be optimistic, while others were ready to sound the alarm bells right now.

Make like Lady and the Tramp, which was a nice little remake for Disney+ and The Aristocats could be huge. https://t.co/VW0hEp0OL5January 21, 2022

I loved this movie so hard, a great classic, Im definitely on board as long as they dont do something like this… 👇🏻🤮 #TheAristocats pic.twitter.com/8TFarwlKUTJanuary 21, 2022

THE ARISTOCATS LIVE ACTION WITH THE DIRECTOR OF PETER RABBIT https://t.co/qY1qkj5IJs pic.twitter.com/kqnGpFh8gPJanuary 21, 2022

There was no timetable for when the live-action The Aristocats could be expected, or whether it would make its way to movie theaters or be a Disney Plus exclusive. We’ll just have to wait and see.