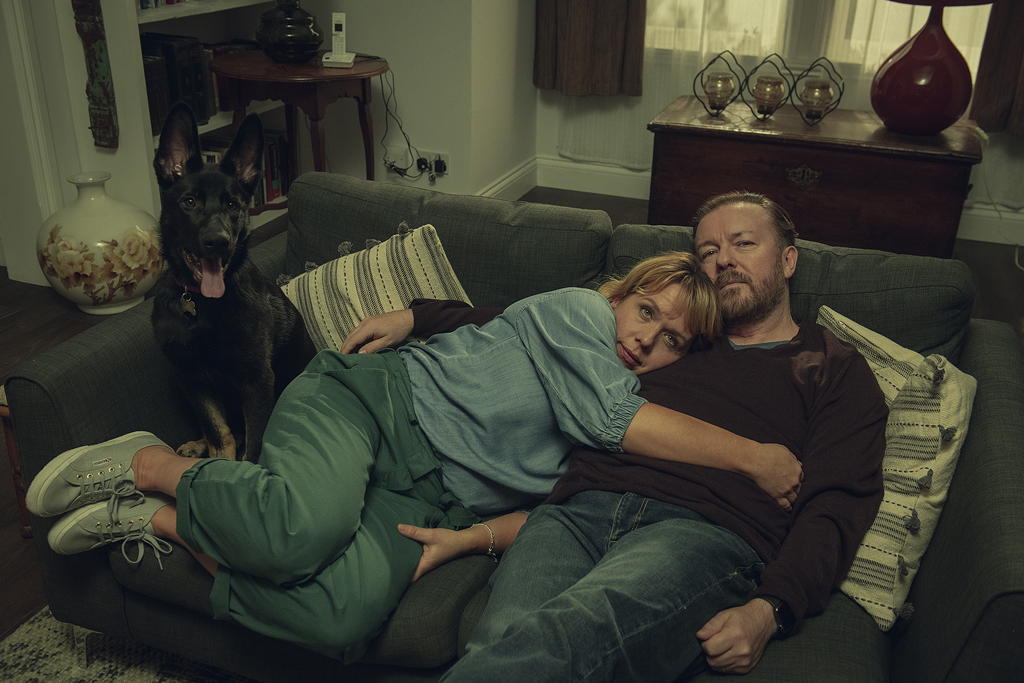 In a way, After Life star Kerry Godliman isn’t actually in the hit Ricky Gervais Netflix series – her character, Lisa, is dead – but that doesn’t stop the action… and ardour… from focusing on her.

Kerry plays his late wife Lisa, who appears in After Life season 3 in a series of video messages to grieving husband Tony (Gervais) that she recorded before she passed away in her 40s from cancer.

Comedian and actress Kerry told The Independent she’s grateful to be in Ricky’s orbit: “I’ve always been very, very flattered that Ricky keeps me in mind. He’s such a big influence in the world of culture that when you’re involved in one of his projects, a lot of people see it. That’s exciting.”

Northwest London-born Kerry is a recognisable comic face, having appeared in everything from Have I Got News For You? to Live at the Apollo. But it was on the set of Ricky’s hit BBC series Extras that she hit it off with The Office creator.

Since then she’s had another significant role on a show of his creation, Channel 4’s Derek, but it’s fair to say that After Life is the series that has catapulted her into the forefront of public consciousness.

The depiction of Lisa and Tony Johnson’s heartwrenching, deep relationship, and her illness, has resonated with viewers far and wide.

One viewer tweeted: “Another series of #afterlife and another emotional, brilliant journey through the process of grief. @rickygervais the way Lisa was portrayed in the final season was genius, it was all about her as a beautiful person rather than the sadness of illness”.

Another wrote: “Did I hug Lisa enough?” So raw. So real. The entire series has all the feels, but this third season was incredible. Thank you Mr. Gervais!”

“ Did I hug Lisa enough?” So raw. So real. The entire series has all the feels, but this third season was incredible. Thank you Mr. Gervais! #AfterLife #AfterLife3January 15, 2022

After Life fans seem to be in agreement, that they want to be adored by someone the way Tony looks at Lisa, or ‘to be loved like Tony loves Lisa’, as one woman put it.

It’s may surprise some to learn that Kerry, so familiar as a comedian, trained as an actor, but she turned to the microphone when she felt acting was too precarious a way to get ahead, financially and psychologically.

Stand-up comedy was a means of taking back control for Kerry, 49.

“Things might’ve changed since I started but what I liked about stand-up at the time was that it wasn’t as insular as the acting world,” she said. “It was a meritocracy – you went to gigs and if you made people laugh you got asked back. It felt like a thing that I had far more control over than acting.”

Considering the praise and heartfelt reaction to her performance in After Life season 3 it may be that she will have more control over acting than comedy.