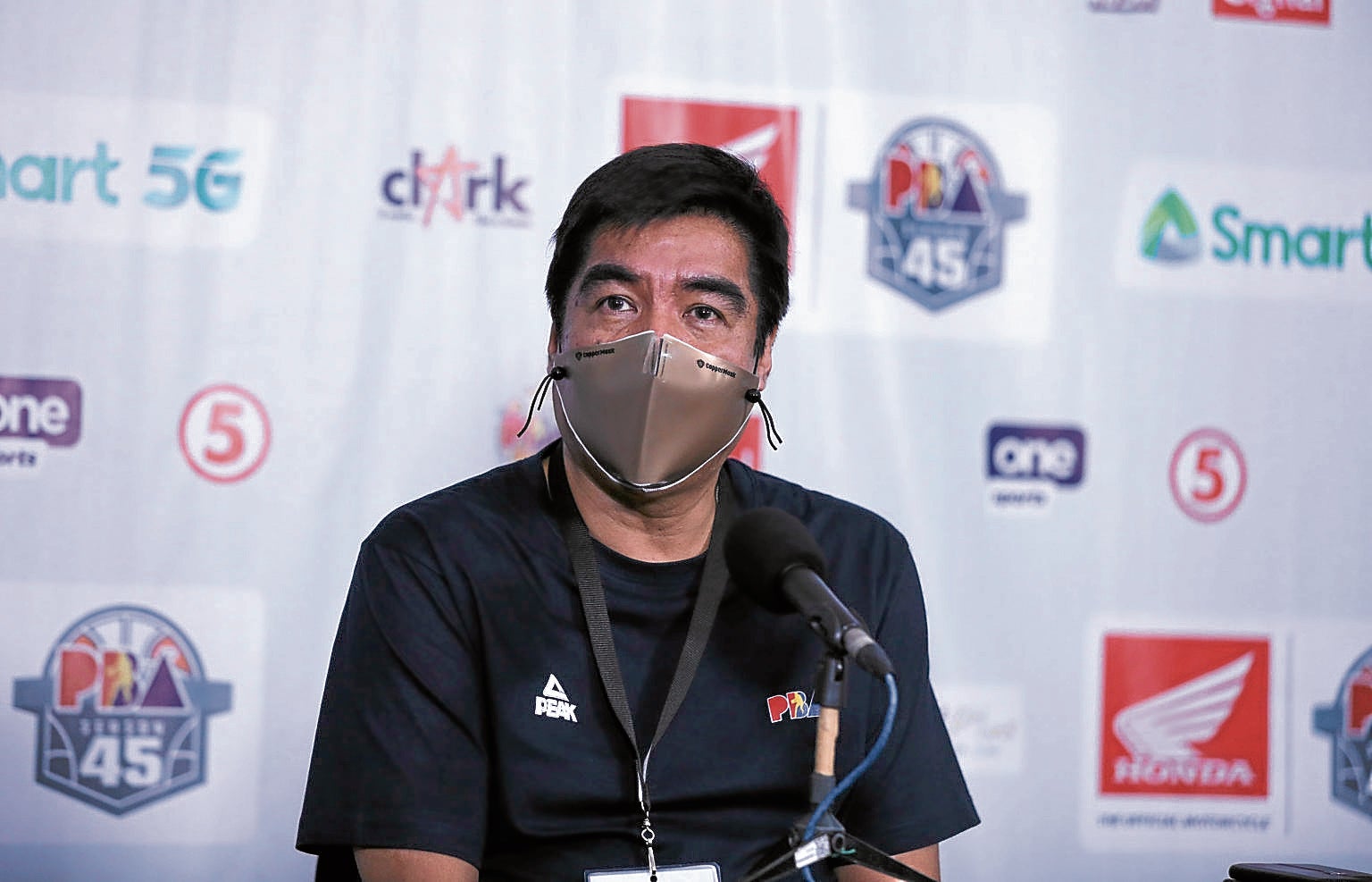 With a bulk of booster shots provided by one team owner and another on standby if more are needed, the Philippine Basketball Association (PBA) has began bolstering its community’s protection against the current pandemic with an eye toward resuming its stalled season-ending tournament.

“Several players have taken their booster shots. And a lot, I believe, are looking to get theirs soon,” PBA commissioner Willie Marcial told the Inquirer on Friday, as he hinted that the league will adopt a course of action that is slowly becoming the chosen path around COVID-19 globally.

“The pandemic is here, with us. So we really need to know how to live with it,” Marcial said. “While I still wish for it to go away, it is important that we know how to move forward with COVID-19 in mind. Or else we’ll be stuck.”

Marcial revealed that the PLDT/Smart group of Manny V. Pangilinan has donated 500 booster shots to the league, while Ramon S. Ang’s San Miguel Corp. is on standby, ready to provide more shots in the event of a shortage.

A vaccine drive has been scheduled for the PBA family for this week and the next.

“Vaccines will continue to be a big deal for us moving forward,” he said. “Remember when we were in Clark in 2020, we felt truly naked. We had nothing to protect us against the virus, right?”

“Now a kind of protection exists. And we can avail ourselves of the booster shots. So why not take it? Just think of it as having another layer of sweater in the cold,” he added.

Vaccines were integral to the PBA’s bid to stage an import-laced conference in Metro Manila. Among the conditions the PBA had to satisfy was having teams and the league’s staff inoculated against COVID-19.

Being fully vaccinated was also among the requirements for fans when the league and Smart Araneta Coliseum in Quezon City opened the games to the public at a limited capacity.

And the booster shots might be key to finally resuming the Governors’ Cup, which was put on hold after a surge of infections struck the National Capital Region after the holiday season. The PBA hasn’t staged a game since going on a Christmas break last Dec. 26.

The fate of the season-ending tournament will be known early next week, with Marcial assuring that the PBA leadership is looking to exhaust options in order to salvage what is left of the tournament.

“We’re pushing through with a meeting on Monday at around afternoon. And we’ll hope to know more [how to move forward] by then,” he said.

The PBA has already gained the endorsement of the Games and Amusements Board, the regulatory body for professional sports, on the condition that it resumes play under a home-venue-home setup.

Philippine Cup bridesmaid Magnolia leads the race with a 3-0 record, followed by perennial conference contender Meralco, which sits at 2-0.

Close by is NLEX which touts a 4-1 card, good for the third spot standings. Barangay Ginebra, the defending champion of the tournament, is ranked fourth having won three of its first four outings.