‘The Lost Daughter’ review | What to Watch 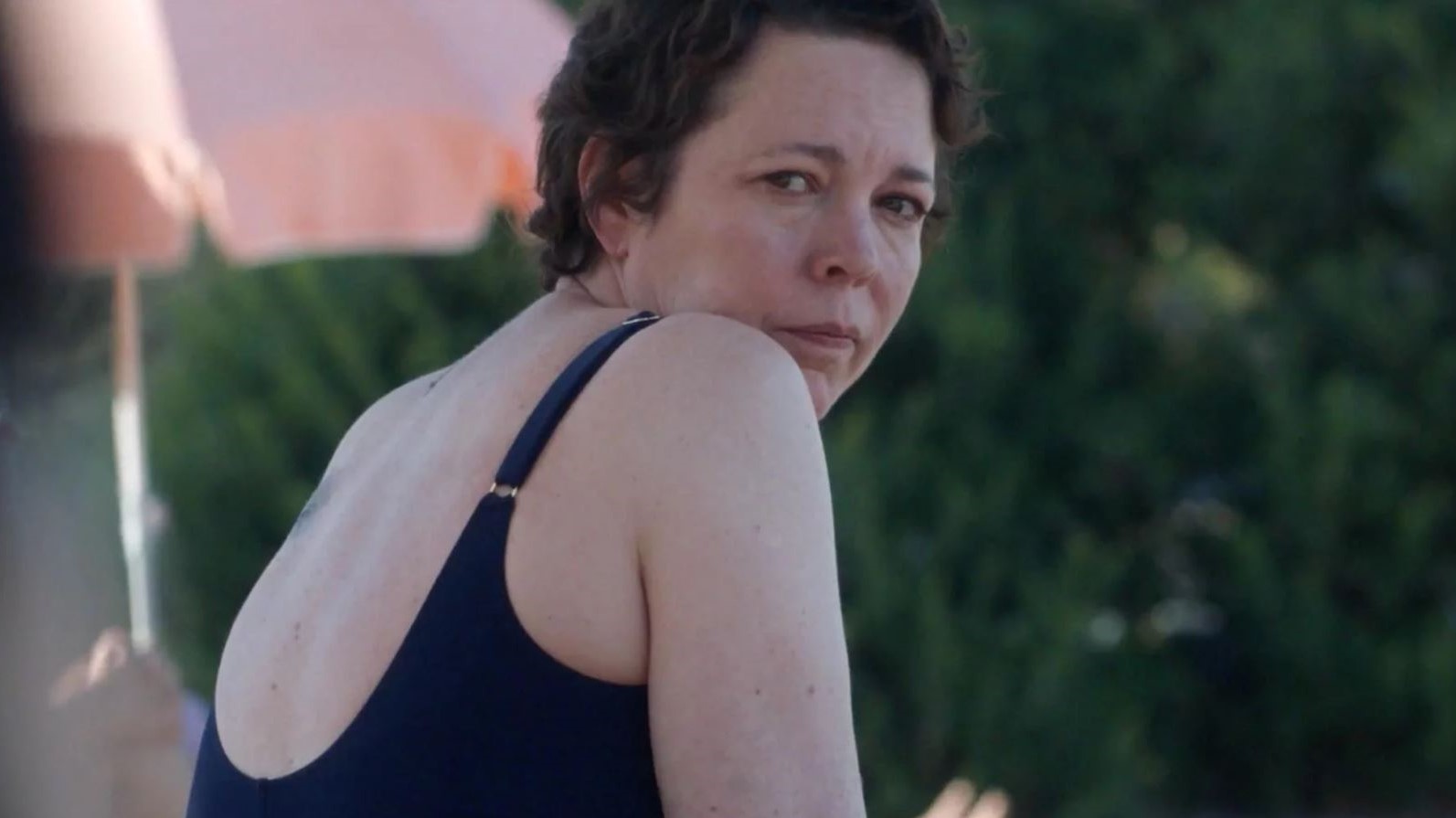 Elena Ferrante’s The Lost Daughter is a dense little novel that is so packed with parallel symbolism and psychoanalytic commentary that it’s an astounding feat of brevity coming in under 150 pages. It’s such a thematically hefty work that even a seasoned director might fail to successfully adapt the novel’s examinations of motherhood, depression and personal autonomy. So it’s somewhat shocking to see this adaptation written and directed by Maggie Gyllenhaal, her debut behind the camera, that is so confident and self-assured it feels like the work of someone with many more credits to their name.

Gyllenhaal’s script for The Lost Daughter hues fairly close to Ferrante’s text, following 48-year-old professor Leda (Olivia Colman) on summer holiday in Greece, alone and separated from her adult daughters back in North America. While studying on the beach one day, she encounters another vacationing family. She becomes particularly fascinated with a mother, Nina (Dakota Johnson), and her 4-year-old daughter, Elena, who is herself enamored with a doll that she drags up and down the sandy coast.

When Elena goes missing one day, Leda becomes entangled in the search for her. While Elena is soon discovered to be fine, the doll is nowhere to be found. That’s because, seemingly inexplicably, Leda has taken the missing doll into her possession, causing a breakdown in Nina’s ability to cope with her attention-starved daughter.

The reason for Leda’s abduction of the little plastic person is at first something of a mystery, but flashbacks to Leda’s youth (portrayed by Jessie Buckley) reveal a parallel between hers and Nina’s exhaustion with motherhood. The conflict between Leda’s desire for self-actualization and the love of her daughters unearths a fracture in her soul that she regrets to the present day. The performances by Colman and Buckley are such a perfect complement to one another that it’s uncanny, an expression of such finely tuned character work that bridges the gap between universal experience and specific character study.

What Gyllenhaal manages to capture is not just the specificity of the literal experiences depicted within the story, but the internal struggle motivated by forces neither the main character nor the author seem to fully understand. There’s a gap between the desire to be more than a mother, more than what your mother was for you, a fully autonomous being in your own right and the love and care one naturally has for their offspring. Leda’s desire to pursue a rewarding academic career is hamstrung by two small humans who constantly vie for attention, which while admittedly necessary for their own emotional wellbeing and development is also impossible to deliver on one’s own.

The movie’s perspective on men is not quite as nuanced, though it makes no bones about a large component of the stress of motherhood being the shirked responsibilities that traditional masculinity affords young fathers. This carries across better with the seemingly caring but emotionally oblivious portrayal of Leda’s previous husband (Jack Farthing) than it does with Nina’s husband Toni (Oliver Jackson-Cohen), a literal gangster who uses intimidation to get what he wants, leaving one to assume that Nina’s home life is materially provided for but not emotionally supportive. The closest thing to a masculine ideal comes in the form of the man from whom Leda is renting a flat, Lyle (Ed Harris), who is somewhat desperate in his inability to take a hint when Leda wishes to be left alone but is ultimately harmless when she needs support for her stresses.

Coming in at about two hours long, The Lost Daughter is so attentive to the details of Ferrante’s novel that it comes across as slightly too loyal to the source material. The pacing of the back half drags a bit in order to hammer home points that could be more efficiently made in a few lines of prose. However, Maggie Gyllenhaal has demonstrated herself to be a powerhouse of an actors’ director, guiding her performers in ways that complement one another’s strengths without bombast or showing off.

The Lost Daughter is a quiet, thoughtful film about imperfect people, hinting at an imperfect truth: how imperfect mothers necessarily are and the imperfections that are passed along in the process.

The Lost Daughter is currently playing in select theaters and will premiere on Netflix Dec. 31.