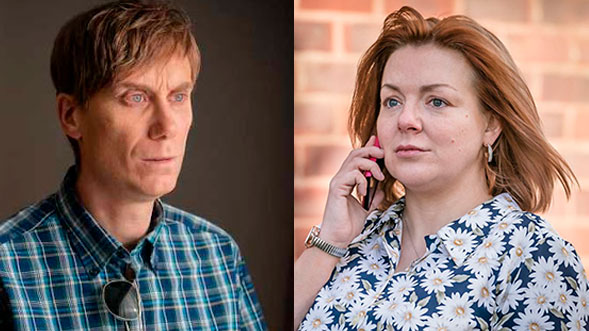 Sheridan Smith has revealed she ‘was going home in bits, crying’ every night after filming new BBC One real-life crime drama, Four Lives.

Sheridan, 40, plays Sarah Sak, the mother of Anthony Walgate, one of the victims of the predatory so-called ‘Grindr Killer’ Stephen Port, a chef who drugged, raped and killed four young gay men.

She told The Sun: “Every night I was going home in bits, crying – you can’t help but take it home. I have so much respect for [Sarah] and what she must have gone through.

“I really beat myself up with it because I want to do a good job for them.”

The gruelling, upsetting nature of the drama is echoed by comic star Stephen Merchant, who departs from his usual type of role to play the psychopathic Port.

He recently said: “There’s whole court scenes at the end of the drama in which Port talks about these murders in explicit detail and he’s cross-examined. The more you’re learning those lines, the more you keep reliving what exactly happened, so it is distressing. It’s not like I’m sitting there at night feeling like I am him, but it is swirling around in your head.”

Sheridan sought out Sarah before she took on the role in the drama that focuses on the families’ fight for justice after the Metropolitan Police’s many failings in the investigations, which an inquest jury ruled ‘probably’ contributed to three of the deaths.

“I mean it from my heart that I want to do my best for them, it’s not like I meet them to go ‘Oh, what are your mannerisms’ and then just dump them.

“I’m invested in them, I know their lives and I’ve got so much admiration for them. They’re special jobs.”

Four Lives premieres on BBC One on Monday, Jan 3rd and screens each night until Thursday.