Nicolas Cage in ‘The Unbearable Weight of Massive Talent’ trailer 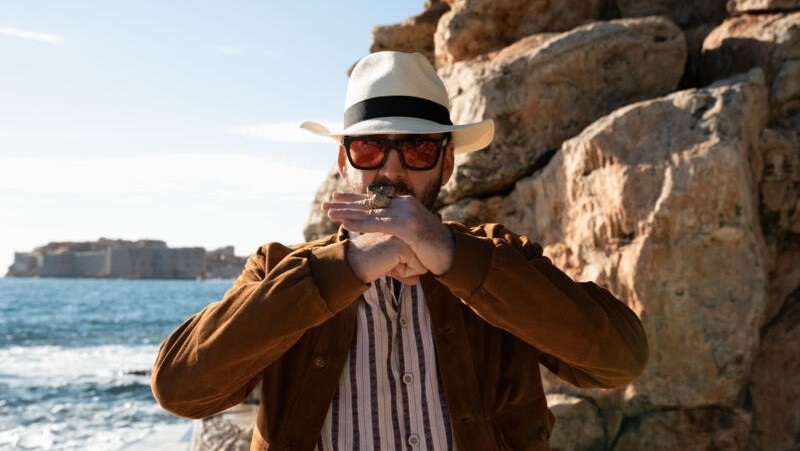 I don’t know if it is possible to be having as much fun right now as it looks like Nicolas Cage is playing a version of himself in the first trailer for the upcoming comedy movie, The Unbearable Weight of Massive Talent. The movie is set for an April 22 release date.

Movie fans like to joke that Nicolas Cage takes just about whatever movie he is offered. Having appeared in more than 40 movies in the last 10 years, including some little known choices like Jiu Jitsu, The Humanity Bureau and Rage. But for every rarely seen or heavily panned movie, he has also made bold and exciting choices like Mandy or 2021’s Pig that remind us that the Oscar-winning actor still has the goods.

Where The Unbearable Weight of Massive Talent will lie on that spectrum is to be determined, but it definitely shows that Cage likes to have fun and isn’t afraid to poke fun at himself.

The movie finds Nick Cage creatively unfulfilled and facing financial ruin, which forces him to accept a $1 million offer to attend the birthday of a dangerous superfan. Things take a turn when Cage is recruited by a CIA operative to use his talents and save the world. Take a look at the full red-band trailer below.

As shown in the trailer, joining Cage in the movie are Pedro Pascal (Game of Thrones, Narcos), Tiffany Haddish (Girl’s Trip, The Last O.G.), Neil Patrick Harris (How I Met Your Mother, The Matrix Resurrections) and Ike Barinholtz (Neighbors, The Mindy Project). Other cast members include Alessandra Mastronardi, Jacob Scipio and Lily Sheen. The Unbearable Weight of Massive Talent is directed by Tom Gormican (That Awkward Moment), who also wrote the script with Kevin Etten.

The Unbearable Weight of Massive talent will release exclusively in movie theaters on April 22.