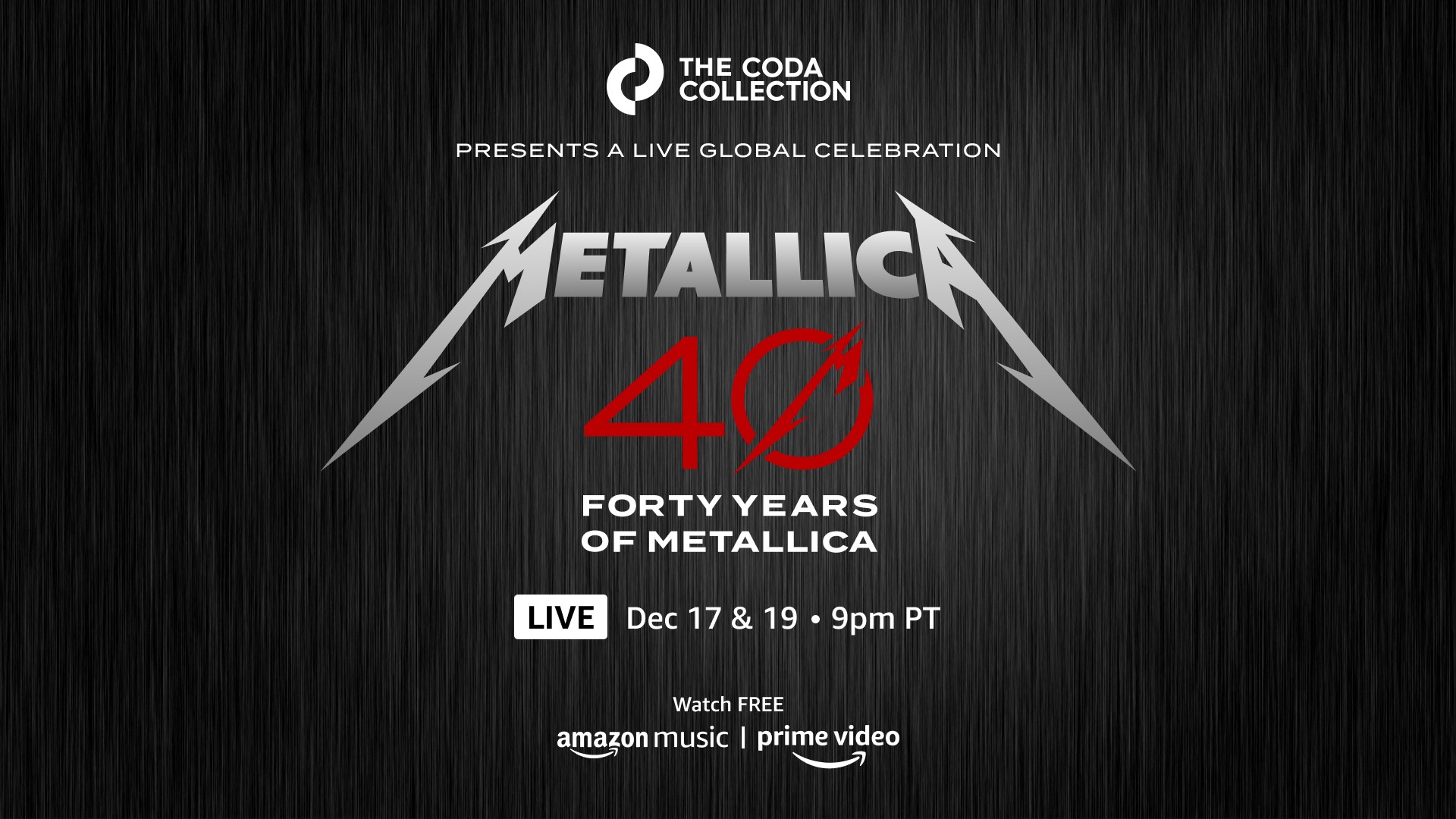 One of the most popular bands in music history, Metallica is celebrating their 40th anniversary with a special two night concert event. While the concert is taking place in San Francisco and tickets were limited, Metallica fans all over the world can tune in to watch the Metallica 40th Anniversary Live concert via Prime Video on Dec. 17 and Dec. 19.

The Metallica 40th Anniversary Live concert will be available to stream from fans’ homes or via a mobile device using either Amazon Music, Amazon Music’s Twitch channel or Prime Video. The great thing is that fans who chose to watch the concert via Prime Video can do so without a Prime on-demand viewing membership; the concert is free to watch.

However, you need to make sure that your setup is able to play Prime Video. The good news about that is Prime Video is just about everywhere and can be played on a computer, mobile device, a smart TV, Roku, Apple TV, Android TV and the PlayStation and Xbox gaming consoles; it is also, of course, available through Amazon Fire TV devices.

Where you are going to need a Prime Video subscription is if you want to follow up and see the exclusive Metallica content that will premiere on The Coda Collection streaming channel in 2022. In that case, Prime Video is included as part of an Amazon Prime subscription, which costs $12.99 per month or $119 for a full year.