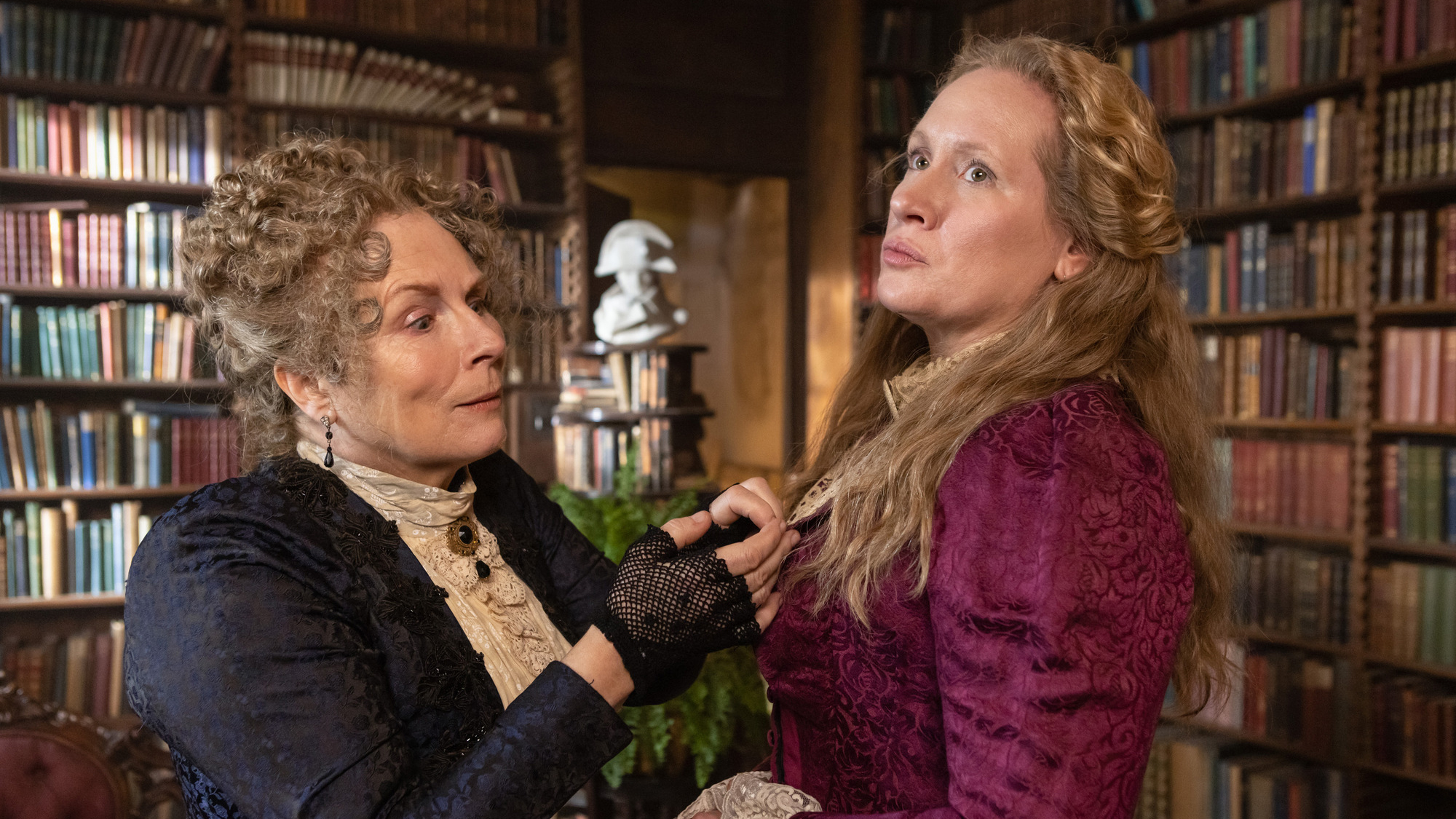 As if BBC One comedy Ghosts hadn’t already established itself as a perennial Christmas gift in its short life, the introduction of Jennifer Saunders as Lady Fanny Button’s mother, Lavinia, put the ribbon on it.

It was a mere spectre of an appearance, but she stole the show in the Ghosts Christmas Special as the overbearing Edwardian era mother desperate for her daughter to be betrothed and off her hands.

Lavinia’s dialogue was delivered with the comic sauce the French & Saunders star is renowned for: an example was when she reminds Lavinia of another girl’s romantic success: “Seven years your junior and Gladys just strides into matrimony with a lord… Lord!”

Later, as the family faced penury due to father’s gambling, Fanny was offered up to the son of a wealthy dynasty. “These people have a ballroom, Fanny…. A ballroom!” exclaimed Lavinia.

One gleeful fan wrote: “Jennifer Saunders was a perfect choice for Lady Buttons mother! Loved getting more of a backstory to LB’s life #Ghosts #GhostsBBC”.

Jennifer Saunders was a perfect choice for Lady Buttons mother! Loved getting more of a backstory to LB’s life #Ghosts #GhostsBBCDecember 23, 2021

Many more agreed that Jennifer was “perfectly cast”, while Ghosts has attracted fans of all denominations, including Pointless host Richard Osman, who tweeted: “#Ghosts Christmas Special followed by #LastChristmas on BBC2. The perfect evening of TV.”

Another fan was disappointed only by the brevity of Lavinia’s stay: “Loved #Ghosts Christmas special, Jennifer Saunders was great. Too short though.”

Sadly, however, as much as her cameo was a hit with viewers, it’s unlikely to be repeated, with no guest star plans in the future. Writer Jim Howick (who plays Pat Butcher) told The Express: “When we cast Jennifer it was very much because it was a Christmas special.

“I think it’s probably fair to say that the fact it’s a special and she’s in it – it’s a complete special if that makes sense.”

A disappointing revelation, but at least this much anticipated half-hour of Christmas TV lived up to its hype.

After all, there aren’t many shows which can get ‘Fanny’ trending on Twitter.