‘All or Nothing: Arsenal’ on Amazon Prime – all we know 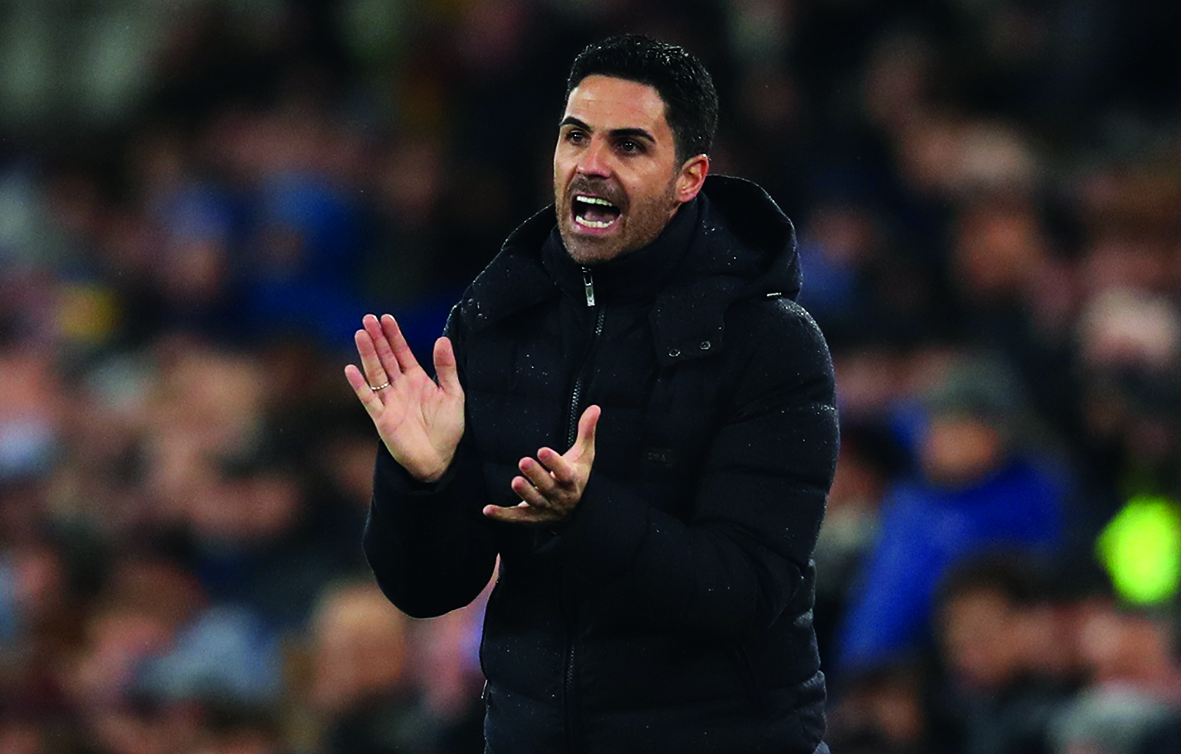 Amazon Prime’s upcoming series All or Nothing: Arsenal will take viewers inside the Arsenal dressing room and bring them closer to the team’s stars than ever before.

As well as capturing the highs and lows of life at the Emirates Stadium and the Arsenal Training Centre, the All or Nothing cameras will follow Arsenal’s squad away from the pitch to examine the daily challenges faced by elite athletes throughout a demanding calendar of high-pressure competition.

Filmed during the current season, the documentary series will follow first team manager Mikel Arteta and his squad as they battle to qualify for Europe and return to the top of English football…

When will All or Nothing: Arsenal be on Amazon Prime?

We’re expecting an August 2022 release for this latest series, yet as soon as we have an official release date we’ll let you know.

What will All or Nothing: Arsenal be about?

The series will follow Arsenal’s battle to finish as high as possible in the Premier League in a bid to qualify for next year’s European competitions. Following the departure of Unai Emery, Mikel Arteta has been in charge of the team for two years. The 2021/22 campaign is seen as a crucial one for the Spaniard, as he tries to improve the famous club’s fortunes.

After some terrible early results, Arsenal sat bottom of the Premier League in August, so the opening episodes aren’t expected to be pleasant viewing for fans of the Gunners, although the team’s form has picked up since then. There are sure to be plenty of twists and turns before May, but will the season end successfully?

Much of the focus will be on manager, Mikel Arteta, with club captain Pierre-Emerick Aubameyang – who has often had a turbulent relationship with his coach – also expected to  feature heavily. Yet young English players, Emile Smith-Rowe, Bukayo Saka and Aaron Ramsdale, could be the stars of the show…

“We are looking forward to giving our fans around the world a unique insight into how we work day to day,” says Mark Gonnella, Arsenal’s Media and Communications Director. “We have one of the biggest global followings in the game and one consistent thing we hear from fans is their desire to see more about what happens behind closed doors at the club. All or Nothing will give our fans and sport lovers an opportunity to learn more about what makes Arsenal such a special club, our trophy laden history and our ambitions for future success.”

“Arsenal is a historic club going through a fascinating period, and we can’t wait to take viewers behind-the-scenes on the journey of this crucial season,” said Dan Grabiner, Head of UK Originals, Amazon Studios. “All or Nothing is about intimate access to the passion and commitment behind elite sport, and in Arsenal we have the perfect subject for the next chapter. We are looking forward to Prime members around the world experiencing another Premier League season with a new club, through All or Nothing’s signature quality storytelling and access.”

“We’re excited to have the opportunity to go behind the scenes at Arsenal to capture the exhilaration and drama of a unique season at the club,” said Clare Cameron, Executive Producer, 72 Films. “The opportunity to get close-up access to a squad of talented young players, both on and off the pitch, see the return of the fans to football and understand what makes Arsenal such an iconic club, will make for a compelling All or Nothing series.”

How do I watch All or Nothing: Arsenal?

The series will be available on Amazon Prime Video. If you do decide to sign up, Amazon offers a 30-day free trial, with a subscription costs £7.99 a month after that.

If you do decide to sin up, you’ll be able to watch Amazon’s previous sports offerings, including All or Nothing: Tottenham Hotspur, All or Nothing: Manchester City, Take Us Home: Leeds United, Inside Borussia Dortmund, When Eagles Dare, Six Dreams, Steven Gerrard’s Make Us Dream, Raphaël Varane, Destin de champion and The Legend of Sergio Ramos.

Is there a trailer for All or Nothing: Arsenal?

It hasn’t landed just yet, but we’ll be sure to post it here as soon as it does!