1883: Everything we know about the Yellowstone prequel 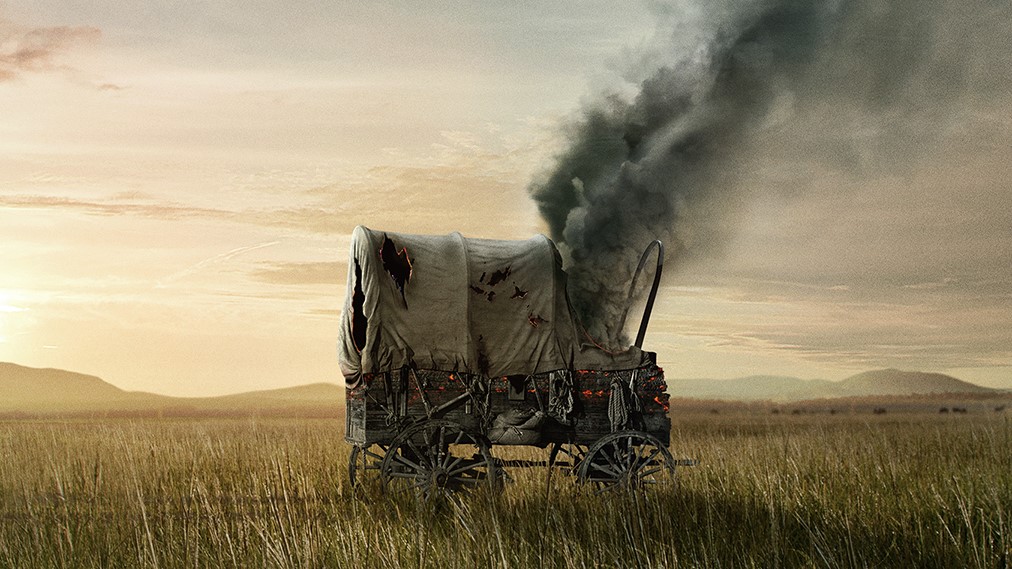 Taylor Sheridan’s Yellowstone is more of a modern-day western, but he’s going back to the genre’s more traditional roots with the new series 1883, which serves as a prequel to Yellowstone.

1883 is an upcoming Paramount Plus original series. Along with Mayor of Kingstown (also created by Sheridan), 1883 is part of the “Yellowstone universe” that ViacomCBS is building across its platforms.

Let’s hitch up our wagons and head west; here is everything you need to know about 1883.

The Dutton family are the central characters on Yellowstone, controlling the largest swath of cattle land in the U.S. from their home base in Montana. But have you been wondering just how the Dutton family were able to seize that land and become the power brokers that they are in the cable series? 1883 will answer that.

The new series follows the Dutton family in, unsurprisingly, 1883, as they embark on a journey west through the Great Plains toward the last bastion of untamed America. The series is being described as a stark retelling of Western expansion and an intense study of one family fleeing poverty to seek a better future in America’s promised land, Montana.

The first season it is expected to consist of 10 episodes.

Here is a brief breakdown of what happens in each episode of 1883 season 1, as well as the plot synopsis of future episodes (as available).

The first episode of 1883 brings together our main group of characters, which consist of the Duttons (James, Margaret, Elsa and 5-year-old John), Captain She Brennan and his partner Thomas and a group of German immigrants led by Josef. Brennan is a man beset by tragedy and grief after losing his family to smallpox, but who attempts to carry on by leading a wagon train of the German immigrants to Oregon. The Duttons are also looking for a fresh start, though have no particular destination in mind.

When Brennan discovers that the Germans are wholly unprepared for their trip, he asks for Dutton’s help in the journey, but Dutton refuses, wanting for his family to go it alone. That changes when his daughter Elsa, a free-spirited and optimistic young woman, is assaulted in town and just barely escapes worse. Dutton agrees to join the wagon train.

Elsa, meanwhile, is not too fazed by her encounter. Providing narration for the show, she remains full of hope about what this journey will mean for her.

After opening with a flashback to Dutton’s experience at the Battle of Antietam during the Civil War, 1883‘s second episode is all about making the final preparations for the wagon train’s journey. To ensure the German immigrants have enough food for the trip, Dutton, Brennan, Thomas and Elsa set out to wrangle some wild cattle, recruiting the help of some cowboys along the way. Elsa proves herself during this and catches the eye of Ennis, one of the cowboys who decides to stay on and help the wagon train.

Back at camp, a group of riders arrive and try to intimidate Margaret and the others. Claire screams and throws rocks at them, angering them to kill a few of the members of the wagon train, including Claire’s daughter Mary Abel.

When Dutton and the others return to camp they immediately set out for town to find the men responsible. They team with the town Marshal, who issues his own brand of justice, killing each of the assailants without hesitation. Though Dutton uses  violence to protect his family, it appears he still has a strong distaste for it.

As the wagon train finally readies to depart, Claire decides to stay behind. She tells Dutton that his dream of finding a Garden of Eden will not come true. Claire ultimately decides to kill herself, with Dutton and Brennan then burying her.

James butts heads with Shea and Thomas about an important decision. Tensions rise in camp when an accusation is made. Elsa begins a flirtation with a cowboy.

Starring in 1883 will be a principal group of actors that include Sam Elliott, Tim McGraw, Faith Hill, Isabel May, LaMonica Garrett and Billy Bob Thornton. Here is the full list of series regulars, as well as who they are all playing:

According to a report from Variety, Oscar-nominee Graham Greene (Dances With Wolves) is joining the cast of 1883. Greene, who previously worked with Taylor Sheridan on the movie Wind River, is slatted to play Spotted Eagle, a Crow elder who aides the Duttons on their journey.

Another big name is being added to the cast of 1883, even if just for a brief guest spot. It’s a bit of a spoiler, though it seems just for the surprise factor, not to the overall story. According to Deadline, Tom Hanks will appear as Civil War General George Meade, who historically assumed temporary command of the Union forces during the Battle of Antietam. Hanks will appear in a flashback scene to Antietam, where Tim McGraw’s James Dutton fought as a Confederate soldier.

1883 is set to arrive on Paramount Plus Dec. 19, with the first two episodes available immediately to stream. The remaining episodes of 1883 season 1 will be released weekly on the streaming service.

When 1883 premieres, fans of Taylor Sheridan will have their full, as Yellowstone, Mayor of Kingstown and 1883 should all be releasing new episodes are least for a little bit.

Paramount Plus released the first trailer for 1883 on Nov. 7, with the premiere episodes of Yellowstone season 4. Give it a watch below.

There is also now an extended trailer, which offers more narration from Isabel May’s Elsa about the dangers and adventure of the Dutton family’s travels west. Watch below.

With 1883 being a Paramount Plus original series, the drama series will only be available to watch via the Paramount Plus streaming service; at least at this time, it is not known if 1883 will get a simulcast on Paramount Network like Mayor of Kingstown will have for its premiere episode on Nov. 14.

Paramount Plus offers two subscription options: a $4.99 per month ad-supported plan and a $9.99 per month ad-free plan. While there are some differences between the two as far as available content (the $4.99 plan does not offer access to local CBS stations), 1883 will be available to subscribers of either plan.