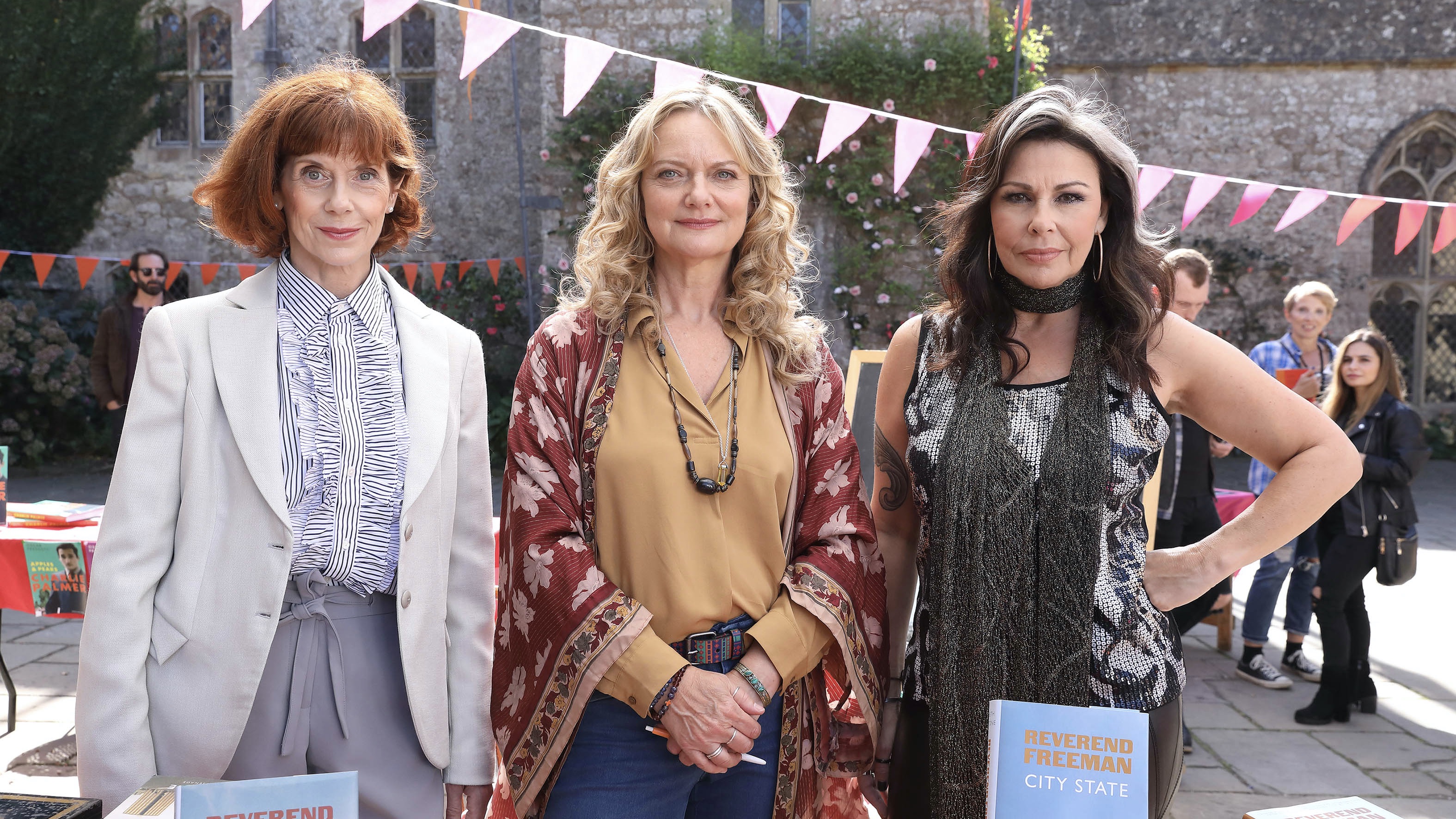 Set in the surprisingly dangerous country village of Wyldemarsh, the whimsical whodunnit follows the crime-solving exploits of local police officer Matilda Stone, who is aided and abetted in her inquiries by her three crime-writing aunts Cat, Beth, and Jane (Julie Graham, Sarah Woodward, and Siobhan Redmond).

Queens of Mystery season 2 arrives on Acorn TV on Monday, Nov. 29. It promises to be one of the best Acorn TV shows about!

Sharp-eyed fans of the show will notice that, in the new run, Florence Hall takes over as Matilda, who was previously played by Olivia Vinall. But, says Sarah Woodward, the change is not so easy to spot!

“I have a feeling some people watching it won’t even realize because they look so alike!” she says. “Florence is wonderful, and she’s the spitting image of Olivia, with her costume and hair and everything else!”

There are three two-part investigations across six episodes.

EPISODES 3&4: THE MODERN ART OF MURDER

A body is discovered at the opening of a new art gallery where her Aunt Cat is exhibiting. Matilda’s interviews of the suspects doesn’t paint a pretty picture, but after a second murder at the gallery, she starts to realize there’s more to them all than may have first met the eye…

Matilda investigates what appears to be a robbery with clues reminiscent of her own mother’s disappearance — and then Aunt Jane finds a body and the case becomes a murder. But as Matilda searches for the identity of the killer, there are other parties much closer to home who’d prefer Matilda not to disturb too many secrets…

There is, and you can watch it below!