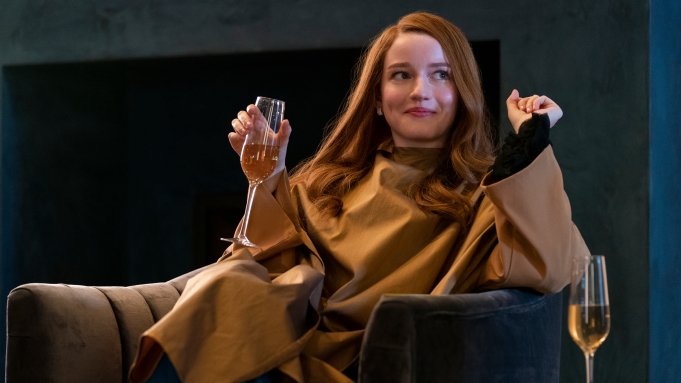 Shonda Rhimes is continuing to build her Netflix empire, as the streaming service has announced that Rhimes’ latest show, Inventing Anna, will premiere this February, according to a report by Variety. Inventing Anna is unique because it is actually the first show that Rhimes created herself since Scandal.

Rhime signed an overall deal with Netflix in 2017, and Inventing Anna was the first project that she began working on for the streamer, per Variety. The show is based on a New York Magazine story by Jessica Parker titled “How Anna Delvey Tricked New York’s Party People,” which detailed the enterprises of a charming young Russian woman who scammed many New Yorkers.

Inventing Anna will be an eight-episode limited series that stars Ozark’s Julia Garner as the titular Anna and Veep’s Anna Chlumsky as Vivian, a reporter. The story is told through Vivian’s perspective, as she conducts interviews with the individuals that Anna has impacted. Additional cast members include Katie Lowes, Anna Deavere Smith, Jeff Perry, Kate Burton, Arian Moayed, Alexis Floyd, Anders Holm and Laverne Cox.

An exact date was not given for the premiere of Inventing Anna; it will be announced at a later time.

2022 is shaping up to be a big year for fans of Shonda Rhimes, as Bridgerton season 2 is also slated to return to Netflix, though any notion as to when is still up in the air. Other popular Shondaland shows, including Grey’s Anatomy, Private Practice and How to Get Away With Murder, are also available to stream on Netflix.