How to watch Oklahoma vs Baylor college football game 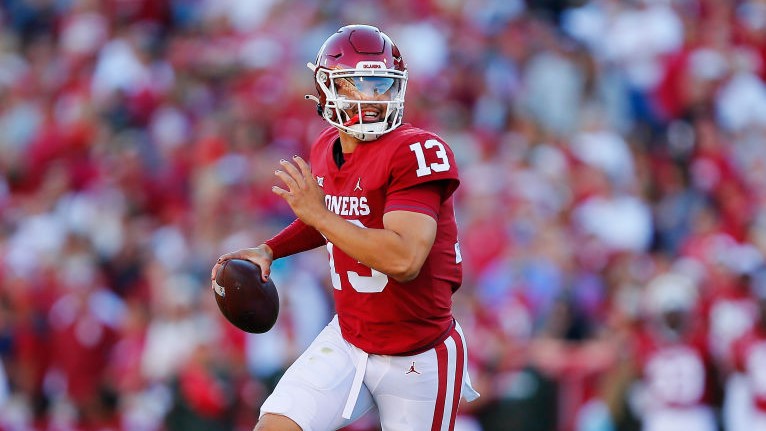 As we head into the final few weeks of the college football season, Big 12 supremacy is on the line for the Oklahoma Sooners with three straight critical matchups, starting with this weekend’s Oklahoma vs Baylor game, which is set for Saturday, Nov. 13 at noon on Fox.

Oklahoma vs Baylor is just part of the full slate of college football week 11 games on the docket, which is also highlighted by Michigan vs Penn State, Purdue vs Ohio State, Texas A&M vs Ole Miss, NC State vs Wake Forest and the Saturday Night Football game, Notre Dame vs Virginia.

But here we’re focusing on the Sooners against the Bears, so let’s dive into what the matchup looks like and how you can watch the game from anywhere.

Oklahoma, ranked No. 4 by AP and No. 8 in the College Football Playoff rankings, is the only undefeated team in the Big 12 left standing. In order to stay that way they have to beat their three biggest challengers for the conference title, Baylor, Iowa State and wrapping it all up with Oklahoma State. The theme of Oklahoma this season has been eking out a lot of close victories to keep them in the conversation, but can they make a statement with the most important three games of the season, all of which start with Baylor?

The good news for Oklahoma is save for a closer-than-expected game against Kansas, the team has looked entirely different since it put in freshman quarterback Caleb Wilson. The offense has been firing off big games, scoring more than 50 points in three out of four the games Wilson has been impressive, throwing for 1,189 yards, 14 touchdowns and a lone interception, while also rushing for 288 yards and four touchdowns. It is worth noting, though, that all but the game against Kansas, his weakest effort, have been at home or on a neutral field. Baylor is another road test, so will the freshman QB be rattled?

If Wilson isn’t as sharp, more could be asked of running back Kennedy Brooks, who is having a strong year with 802 rushing yards and nine touchdowns.

On the other side of the ball, it will be a bit of a strength against strength matchup as Oklahoma’s top 20 rush defense goes against Baylor’s star tandem of running backs, Abram Smith (1,055 yards) and Trestan Ebner (601 yards), as the Bears have the seventh ranked rushing attack in the nation.

Elsewhere, these two rivals are actually pretty well matched: Oklahoma’s overall offense is 11th in the country, while Baylor is 20th; Baylor has the edge in defense, ranking overall defense 57, but only marginally to Oklahoma’s 63rd rank D.

As for what is on the line for Baylor, any hope of a Big 12 title rests on winning this game against Oklahoma. At 7-2, Baylor needs to win and then hope Oklahoma State and/or Iowa State beats Oklahoma to land itself a rematch against the Cowboys in the Big 12 Championship game.

The oddsmakers favor Oklahoma, however, giving the Sooners at 5.5 point edge.

How to watch Oklahoma vs Baylor in the U.S.

The Oklahoma vs Baylor game is Fox’s Big Noon kickoff game of the week, which will see the Big 12 matchup take place, intuitively, on Fox at noon ET.

Anyone that is signed up for either a traditional pay-TV or live TV streaming service will also be able to watch the game on a mobile device or computer, using their login credentials to access the Fox Sports app or watch the game on FoxSports.com.

How to watch Oklahoma vs Baylor from anywhere in the world

So what do you do if you’re a college football fan looking to watch the Oklahoma vs Baylor game and unable to access the broadcast through any other the above mentioned methods? A virtual private network, or VPN, is a good place to start.

A virtual private network allows you to route all of your internet traffic through a specific set of servers in a specific country. The one caveat here is that you need to be able to trust your VPN provider, because all of your traffic — encrypted as well as unencrypted — is going to be going through that VPN. For that, we’ve long been fans of ExpressVPN.