How to watch Kansas vs Michigan State, Duke vs Kentucky 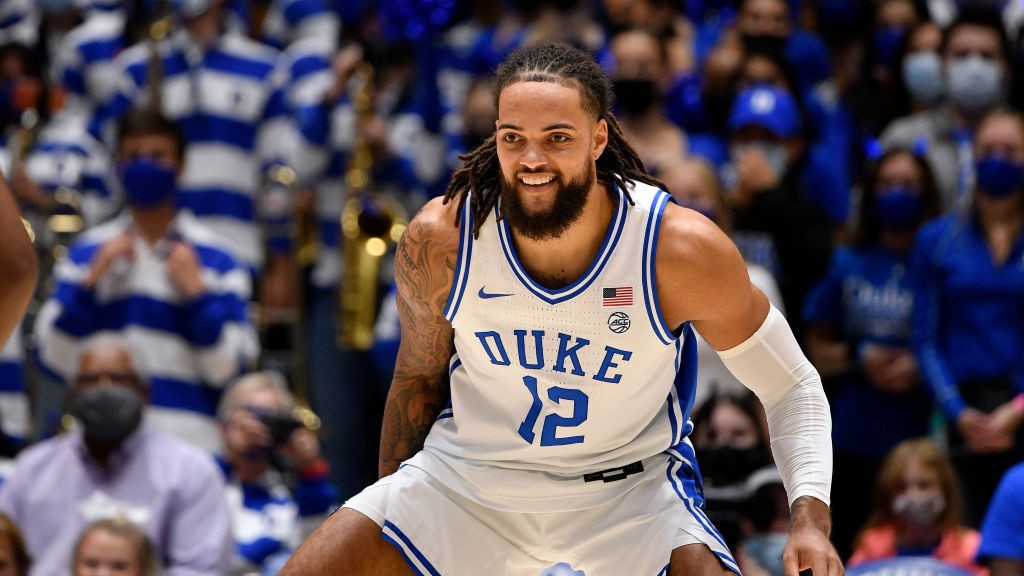 The road to March Madness begins tonight, Nov. 9, as the 2021-2022 men’s college basketball season gets underway with a special event pair of games billed as The State Farm Champions Classic — No. 3 Kansas vs Michigan State and No. 10 Kentucky vs No. 9 Duke.

The Champions Classic has been part of the men’s college basketball season since 2011, with these four “blue blood” programs playing each other as the start to their seasons. The one-night event will take place at Madison Square Garden this year, where it has been held multiple times in the past; some other previous venues have included the Georgia Dome, the United Center in Chicago and Bankers Life Fieldhouse in Indianapolis. Duke has the best record in these games, going 6-4; Kansas and Kentucky are both 5-5 in these games; Michigan State has a record of 4-6 in these season opening games.

This year’s Champions Classic is part of a massive opening day schedule for both men’s and women’s college basketball that feature games going on all afternoon until they conclude with No. 2 UCLA getting its season underway at 11 p.m. ET. Games will be available across ESPN’s channels and platforms, including ESPN Plus, Fox Sports channels and stand-alone conference channels like the Big Ten or Pac-12 Networks.

As for the Champions Classic games, No. 3 Kansas vs Michigan State will get going at 7 p.m. ET, followed by No. 10 Kentucky bs No. 9 Duke scheduled for 10 p.m. ET. Continue reading below for quick matchup previews and how to watch the games.

The Kansas Jayhawks are once again entering the college basketball season as one of the top-ranked teams in the country, though they will be looking for a better result than their second-round exit in the NCAA Tournament last spring.

The Jayhawks are returning four starters from last season’s team that finished 21-9: Christian Braun, David McCormack, Ochai Agbaji and Jalen Wilson; worth noting, however, that Jalen Wilson will not play in this game due to a suspension. There has also been an exciting new addition to the team, Arizona State transfer Remy Martin, who will play point guard. Martin averaged 19.1 points per game last season for the Sun Devils and hopes to bring some of that same offensive spark to the Jayhawks.

Of course, Kansas also still has Bill Self as its coach. Self has helped keep Kansas near the top of the college basketball landscape throughout his tenure and will look to do so again this year, perhaps even over the mountain top to win what would be his second national championship with the school.

Head coach of Michigan State, Tom Izzo, also usually has the Spartans right in the thick of things, but the 2020-2021 season was a letdown. The Spartans finished 15-12 and were eliminated in a First Four play-in game against UCLA.

Like Kansas, Michigan State also has welcomed a transfer player in an effort to solve its point guard problem, Tyson Walker from Northeastern. The Spartans recruiting class is also bringing in some exciting prospects, including five-star player Max Christie. The pair will join a likely starting lineup that includes returning players Gabe Brown, Malik Hall and Marcus Bingham Jr.

Kansas is favored by 4.5 points against Michigan State.

Both Kentucky and Duke would like to forget about last season, and based on their early season rankings, the college basketball world expects them to as well.

Kentucky has been one of the schools that has mastered the one-and-done philosophy of recent years, so roster overhaul isn’t anything new for head coach John Calipari.

Duke has three players returning from its 2020-2021 team, including forward Wendell Moore Jr., point guard Jeremy Roach and 7-foot center Mark Williams. There’s some exciting new blood to the team as well, including highly touted recruits Paolo Banchero and AJ Griffin, and a pair of big-men transfers in Theo John (from Marquette) and Bates Jones (Davidson).

The storyline for Duke all season, however, will be the fact that this will be head coach Mike Krzyzewski’s final season before retiring. One of the greatest college basketball coaches of all time, can he rally the Blue Devils for one more championship run?

It is expected to be a close game, with Duke as a one point favorite.

How to watch the Champions Classic in the U.S.

The 2021 Champions Classic takes place on Nov. 9, with both games airing on ESPN at 7 p.m. (Kansas vs Michigan State) and 10 p.m. ET (Kentucky vs Duke). ESPN is a cable sports network, but one that is widely available on traditional cable/satellite pay-TV services as well as live TV streaming services, including Fubo TV, Hulu with Live TV, Sling TV and YouTube TV.

In addition to watching ESPN on your TV, if you have an account with a service that provides ESPN you can also use your login information to watch the games live via either the ESPN website or the Watch ESPN app.

While ESPN does have its own ESPN Plus streaming service that carries college basketball games, the Kansas vs Michigan State and Kentucky vs Duke games are not going to be available on ESPN Plus.

How to watch the Champions Classic in the U.K.

These exciting games kicking off the college basketball season will be easily available to viewers in the U.K., as BT Sport is offering live broadcasts of both Kansas vs Michigan State and Kentucky vs Duke. Both games will be available through BT Sports’ ESPNHD channel, with Kansas vs Michigan State tipping off at midnight GMT on Nov. 10, and then Kentucky vs Duke at 2:30 a.m. GMT.

How to watch the Champions Classic from anywhere in the world

Want to watch the Champions Classic games but don’t have access to one of the above mentioned broadcasts? You’re going to want to look into a virtual private network then, also known as a VPN.

A VPN allows you to route all of your internet traffic through a specific set of servers in a specific country. The one caveat here is that you need to be able to trust your VPN provider, because all of your traffic — encrypted as well as unencrypted — is going to be going through that VPN. For that, we’ve long been fans of ExpressVPN.