how to watch canelo álvarez vs caleb plant fight 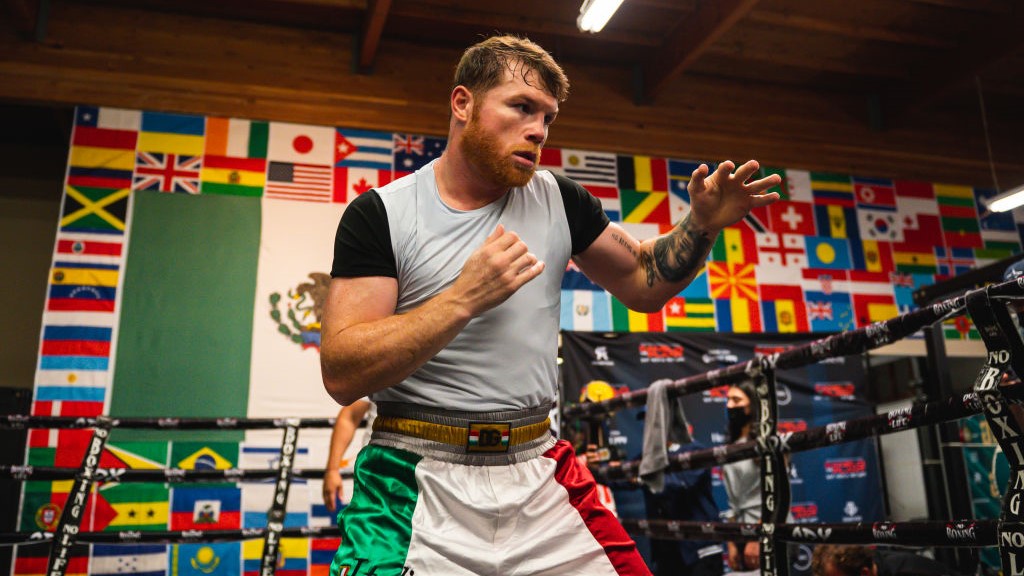 The fight will take place under the bright lights of Las Vegas, specifically from the MGM Grand Garden Arena. In addition to the Álvarez vs Plant fight, there are three other fights scheduled as part of the undercard; the pay-per-view event starts at 9 p.m. ET, with Álvarez vs Plant expected to begin around 11:30 p.m. ET.

Read on to learn everything you need to know about Álvarez vs Plant, including the best ways to watch it.

How to watch Canelo Álvarez vs Caleb Plant in the U.S.

Canelo Álvarez vs Caleb Plant is a pay-per-view fight, so anyone hoping to watch it will have to open up their wallets. Showtime will be the main channel for the U.S. pay-per-view broadcast of the fight, offering it for $79.99. This will allow viewers to watch the fight either through their TV or streaming devices, computer and on a mobile phone or tablet.

There are other ways to buy the pay-per-view of Álvarez vs Plant, and perhaps the best deal comes via Sling TV. The live TV streaming service is offering the pay-per-view for the same price as Showtime, $79.99, but with that they will also get a free month of Sling TV. Sling TV offers its subscribers access to select live TV channels, with two base packages of channels (Sling Orange and Sling Blue) as well as additional add-ons. This deal is only offers consumers free access to one of the Sling Orange or Blue (or Best of Spanish) and is good through Nov. 6. You can only sign up for it over the web. Consumers do need to create a subscription with this deal, which means that at the end of the free month they will be automatically billed for a month subscription if they do not cancel. For more information visit Sling TV’s website.

Other ways to buy the Álvarez vs Plant pay-per-view is through YouTube, Xfinity, DirecTV, Dish and other pay-TV providers, though prices may vary.

How to watch Canelo Álvarez vs Caleb Plant in the U.K.

BT Sport will be the home of Canelo Álvarez vs Caleb Plant for U.K. viewers, with the network offering the pay-per-view broadcast for £19.95 through its BT Sport Box Office. In addition to being able to watch the match on TV, there is a BT Sport Box Office app that is available on iOS and Android, or via Chromecast and Airplay that viewers can watch the fight from.

Álvarez vs Plant is expected to begin at 4 a.m. GMT for U.K. audiences.

Many other countries are offering the Canelo Álvarez vs Caleb Plant, either as a pay-per-view event or, in some cases, for free. Mexico, Álvarez’s home country,  is one place offering the fight will be available for free, specifically through Azteca 7. It should be noted that it you want to try and watch the Mexican broadcast using a VPN (virtual private network), ExpressVPN will not work, though some others, like NordVPN and Surfshark, do.

Some other noteworthy deals for international viewers include New Zealand, which will carry the fight on DAZN for only $2.99 in local currency, while their neighbor Australia is going the pay-per-view route, with the fight costing $59.99.

We previously mentioned VPNs and that is a good way to watch the fight if you happen to find yourself out of any of the aforementioned countries but want to access their broadcast. Though not available for the Mexican broadcast, we recommend ExpressVPN as a reliable VPN service for this fight or other live events.

Tale of the tape: Canelo Álvarez vs Caleb Plant

Canelo Álvarez has been one of the best fighters in the world in recent years, having won the WBC, WBA (Super) 168-pound titles, the WBO super middleweight title and, while not an official title, is The Ring Magazine’s super-middle champ. With his fight against Caleb Plant, Álvarez looks to add the IBF super middleweight belt, which would mean he would have become the world undisputed middleweight champion in less than a year’s time.

Caleb Plant, meanwhile, became the IBF super middleweight champ in 2019 and has made three separate title defenses. The 29-year-old American fighter is undefeated in 21 fights, which includes 12 knockouts. Plant also has a height and reach advantage over Álvarez, as he measures 6-foot 1-inch and has a reach of 74 inches. Still, Álvarez is considered one of the best pound-for-pound fighters in the world, if not the best.

The fight is a winner-take-all match, meaning that while Álvarez could add the one championship he is missing with a win, but with a loss all of his belts will go to Plant, who will then become the undisputed champion.

There are three undercard fights that will be included as part of the pay-per-view event. Here they are: