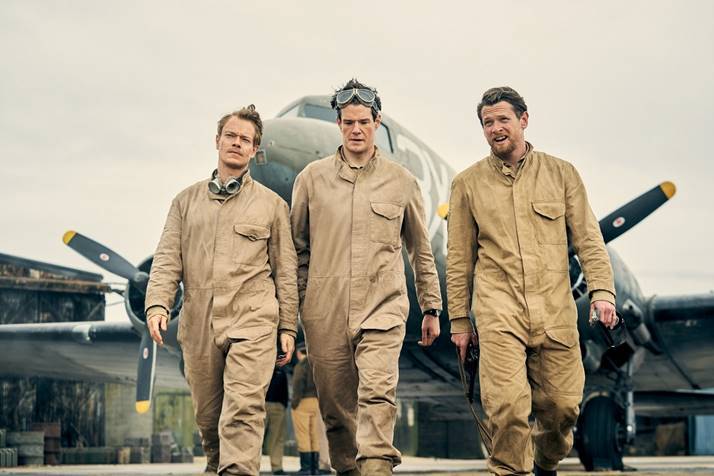 SAS: Rogue Heroes is a major new BBC1 drama telling the story of how the world’s most famous Special Forces unit, the SAS, was born.

Based on Ben MacIntyre’s best-selling book, SAS: Rogue Heroes, the series will tell the remarkable tale of how the SAS came to exist in North Africa during World War Two.

Adapted by Peaky Blinders creator Steven Knight, it will reveal how officer David Stirling (played by Connor Swindells), the founder of the legendary organisation, and his men changed warfare by attacking the enemy behind their own battle lines in a string of daring escapades.

As the Beeb puts it, the series will “delve into the psychology of the flawed, reckless but astonishingly brave group of maverick officers and men who formed the SAS in the darkest days of World War Two”.

Steven Knight added: “This will be a secret history telling the story of exceptional soldiers who decided battles and won wars only to then disappear back into the shadows.

“We will shine a light on remarkable true events informed by the people who shaped them.”

It promises to be one of the best BBC dramas of 2022, here’s everything we know so far…

During World War Two, eccentric young officer David Stirling is hospitalised in Cairo, Egypt, after a training exercise accident. Bored, he starts thinking that the accepted war methods are wrong and hits on a radical plan.

He battles for permission to build a small undercover unit of tough, bold and bright soldiers who will attack behind enemy lines. The rebellious band then endeavour on a string of daring missions as they show astonishing bravery.

Connor Swindells says: “I feel tremendously honoured to be joining this series with such a talented group of people. Portraying such an interesting man is incredibly exciting and I feel very lucky to be able to do so. It’s going to be an amazing ride.”

Steven Knight adds: “I’m really excited to be gathering together the very best of a new generation of British and International talent to tell this remarkable story. The people who are depicted and who did such extraordinary things were young, in their 20s, and we have made a conscious decision to cast people of the same age. We enter this project with a spirit of adventure and believe our young and talented actors will do justice to this period of history.”

Not yet watch this space.