How to watch Ole Miss vs Auburn college football game 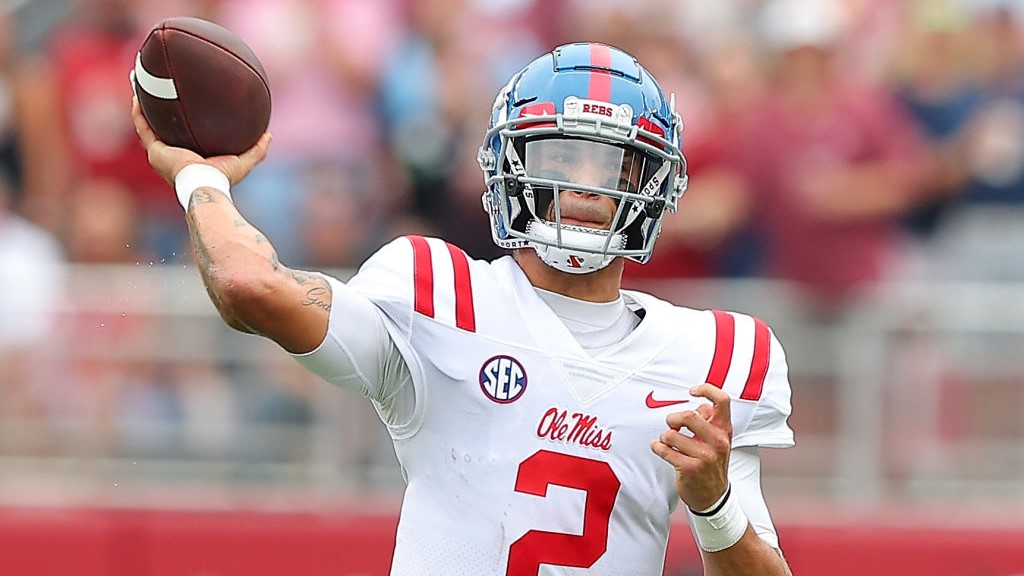 Ole Miss will get another crack at an Alabama school as the No. 10-ranked team in the country makes its way to Auburn for a meeting with the No. 18-ranked Tigers. The Ole Miss vs Auburn game is set to kickoff on ESPN at 7 p.m. ET on Saturday, Oct. 30.

One of a handful of ranked matchups this week (in addition to Michigan vs Michigan State and Penn State vs Ohio State), Ole Miss vs Auburn is one of the marquee games this weekend from the marquee conferences, though it’s the Georgia vs Florida game that got the SEC Game of the Week designation from CBS.

You can check out the full schedule for college football week nine right here, but for everything you need to know about Ole Miss vs Auburn, including how to watch, keep on reading below.

While Georgia looks to have a clear path to the SEC Championship game coming out of the SEC East division, the SEC West is very much up for grabs, with Ole Miss, Auburn and Alabama all currently sitting with one in-conference loss. That makes this meeting extremely important.

Ole Miss comes into the game having worked their way to their highest ranking this year, even despite a loss to an at-the-time top-ranked Alabama. It hasn’t been easy going for Ole Miss, however, during their three-game winning streak, as they were played tight by both Arkansas and Tennessee, though their most recent win over LSU did have a bit more of a comfortable margin.

It’s been all about offense for head coach Lane Kiffin’s team this season, with Heisman-candidate Matt Corral leading the way. The third-year quarterback has thrown for 1,913 yards with 15 touchdowns and just one interception, while also adding 474 rushing yards (he’s the team’s leading rusher) and another nine touchdowns on the ground. Though just because Corral leads the team, doesn’t mean Ole Miss is bereft of running backs — Henry Parrish Jr., Snoop Conner and Jerrion Ealy all have more than 300 rushing yards on the season. Corral also has a clear No. 1 wide receiver in Dontario Drummond, who has 619 yards receiving and six of Corral’s TD passes.

It’s a good thing that their offense scores a lot because the Ole Miss defense lets opposing teams move the ball against them (they are 100th in the country in yards per game allowed). However, outside their loss to Alabama and a shootout against Arkansas, Ole Miss has kept all of their opponents at 26 points or less, while also creating 12 turnovers on the year.

Auburn may have two losses on the season, but the first was a road game against Penn State and the second was to Georgia, so they’re both understandable. Outside of that they’ve handled their business, including a good win on the road against a then-ranked Arkansas team.

Auburn isn’t the team that scored 60-plus points in back-to-back games to start their season (against Akron and Alabama State), but they are a good running team with Tank Bigsby (526 rushing yards) and Jarquez Hunter (492 rushing yards) toting the football. Quarterback Bo Nix meanwhile is an experience college player who can make some impressive plays when called upon.

Even so, Auburn probably doesn’t want to get into a shootout with Ole Miss. That’s why it’ll be critical for the Auburn defense (ranked 40th in the country, giving up 340.6 yards and 19.7 points per game) to slow down Matt Corral and company.

With the game taking place in Auburn, oddsmakers have the Tigers favored by three points over Ole Miss.

How to watch Ole Miss vs Auburn in the U.S.

Ole Miss vs Auburn will be broadcast on ESPN at 7 p.m. ET on Oct. 30. This means that if football fans want to watch the game on their TV, they will need either a traditional cable/satellite pay-TV or live TV streaming subscription (FuboTV, Hulu with Live TV, Sling TV or YouTube TV) to watch the game on the cable sports network.

If you subscribe to those services and have access to ESPN, you’re not just limited to watching the game on your TV. Using the login credentials for your service, you can also watch the game through the Watch ESPN app on a mobile device or tablet or ESPN.com on a computer.

Though ESPN has its own streaming service in ESPN Plus, Ole Miss vs Auburn will not be available to stream with it. ESPN Plus does have its own slate of exclusive college football games, however.

How to watch Ole Miss vs Auburn in the U.K.

U.K. viewers can tune into the college football action this weekend, as BT Sport is the place to see a number of college football games, including Ole Miss vs Auburn at midnight GMT on Oct. 31.

You don’t have to worry if you’re abroad and your afraid of missing out on your alma mater’s first game of the 2021 college football season, that’s where a virtual private network, or VPN, comes in. A VPN is designed to route network traffic through a specific set of servers in a specific country, allowing viewers to watch content on an encrypted feed over a computer.