How to watch ‘Dune’ | What to Watch 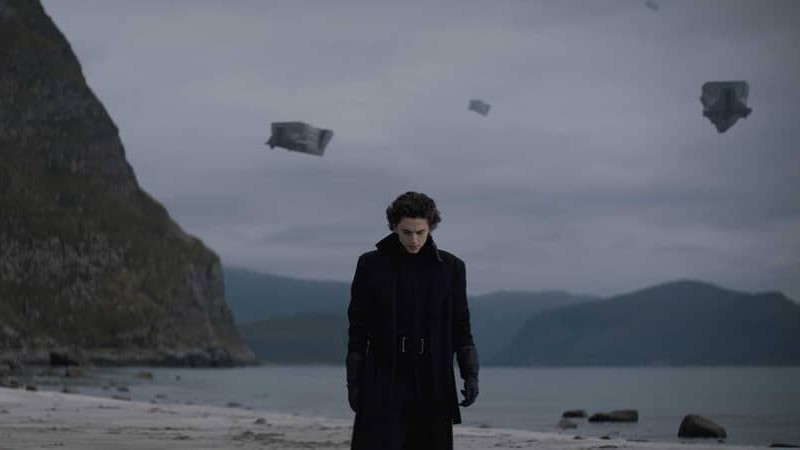 Dune is finally coming to audiences throughout the U.S. and the U.K. after being delayed multiple times due to everything that has gone on the last 18 months, officially releasing to all audiences on Oct. 22. So the big question is how can you watch Dune as soon as possible?

Director Denis Villeneuve (Arrival, Blade Runner 2049) is behind this latest adaptation of Frank Herbert’s classic sci-fi tome that follows Paul Atreides, the son of a noble family that is entrusted with the protection of the most valuable asset and vital element in the galaxy, called spice, which can only be found on the hostile planet Arrakis. The film stars Timothée Chalamet, Zendaya, Oscar Isaac, Jason Mamoa, Rebecca Ferguson, Stellan Skarsgård, Josh Brolin, Javier Bardem, Stephen McKinley Henderson, Dave Bautista, Chen Chang and Charlotte Rampling.

Reviews for Dune have described the film as a “visual feast,” with a scale that is best experienced on the big screen. Watching the trailer you get a taste of the massive world sandbox Villeneuve and company are playing in.

The critics suggest that fans go see Dune on the biggest theater screen possible, but can you watch Dune from the comfort of your couch?

How to watch ‘Dune’

Dune is a Warner Bros. film, so if you keep up with the inner workings of Hollywood even a little bit, you probably know that this means Dune will play both in theaters and on the HBO Max streaming service, which is owned by Warner Bros’ parent company WarnerMedia, simultaneously (for a limited time). So here’s what you need to know about watching Dune either at the movies or at home.

If you plan to see Dune at your local movie theater, you’ll just need to check local listings to see where and when it is playing and buy a ticket either ahead of time or at the theater; a movie theater subscription deal could help make the trip more affordable. In many theaters, Dune will have special Thursday night screenings on Oct. 21 for fans incredibly eager to see it before it opens in full on Oct. 22.

Should you opt for the movie theater experience, please be aware of your local mask/vaccine guidelines to ensure a safe and enjoyable experience for you and your fellow moviegoers.

Now for the streaming option, like all Warner Bros. 2021 films, Dune will have a 31-day, no additional cost run for subscribers to HBO Max’s $14.99 per month plan (the movie is unavailable for those with the $9.99 per month plan) before it is pulled and then returned to the service at a later, to be announced date.

Typically HBO Max waited until the Friday release date to launch these Warner Bros. movies on the service, but Dune will get a special preview on Oct. 21 starting at 6 p.m. ET.

Find out everything else you need to know about this new adaptation of Dune right here.