Eve Unwin a hit with ‘EastEnders’ fans ‘The most interesting character in ages!’ 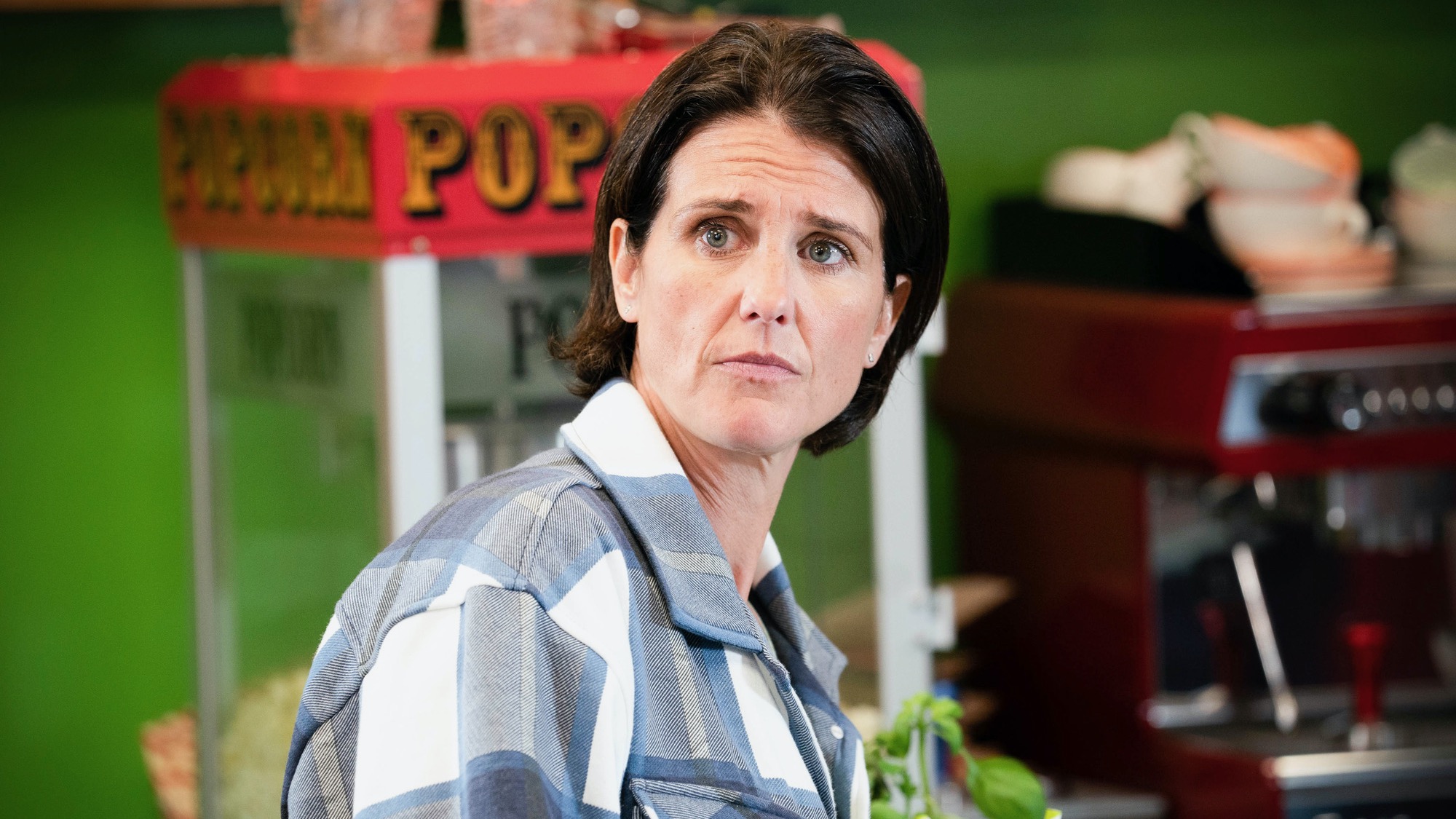 Stacey Slater’s new wife, Eve, made her debut on EastEnders on Friday night, and fans immediately gave her the thumbs-up, with some calling her the ‘most interesting character in AGES!!’

Initially, Stace made it clear to mum Jean from the first scene that it wasn’t a romance – she ‘aint into women’.

Eve, played by former Waterloo Road star Heather Peace, needed to prove she had a stable home for her parole after her sentence for aggravated assault, so cellmate Stacey (Lacey Turner) explained that she did the decent thing – and married her!

For her side of the transaction, Eve will deal with Ruby Allen, who landed Stacey in prison in the first place.

“Mum I really, really need you to be on board with this,” pleaded Stacey, “because if probation find we are anything other than a happy loving married couple, then we are both in big trouble.”

Eve, meanwhile, had ensconced herself in the bar and was getting cosy with – yikes – Shirley Carter (Linda Henry), and then mistakenly punched Zack thinking he was Martin, as ‘payback for Ruby’.

When she realised her mistake she smashed Martin in the mouth, too, and some fans ‘couldn’t stop laughing‘ at the scene, although others on social media saw it slightly differently.

One fan tweeted: “So Eve hits Martin & Zak & it’s hilarious, but if Martin had hit Eve or Stacey it would have been terrible. Hitting anyone is wrong isn’t it guys ???”

@bbceastenders So Eve hits Martin & Zak & it’s hilarious, but if Martin had hit Eve or Stacey it would have been terrible. Hitting anyone is wrong isn’t it guys ??? #EastEnders #Violence #JustSaying #BadMoveOctober 30, 2021

Generally, however, Eve’s arrival was a hit with viewers. According to one, “Eve has been the most interesting character in AGES!!!!”

Eve has been the most interesting character in AGES!!!!#NeighbourhoodWatts #EastEndersOctober 29, 2021

A number of fans saw a ready-made comedy pairing in Eve and Shirley, who clearly had a romantic eye on the newcomer.

I didn’t know how much I needed Eve and Shirley until now. I love them 😂 #EastEndersOctober 29, 2021

Another viewer tweeted: “So many great dynamics, LOVE Eve and that ending was a proper Doof Doof moment.”

Just caught up on tonight’s #EastEnders – how GREAT was that episode? So many great dynamics, LOVE Eve and that ending was a proper Doof Doof moment.October 29, 2021

Meanwhile, Heather told BBC Breakfast about her extreme nerves at starting work on the iconic BBC One soap, saying she barely slept the two nights before she arrived on set in Elstree. When she actually got there, she got lost in the rabbit warren confusion of different sets and streets but felt better when Lacey Turner revealed despite her many years on the soap she still got lost herself.

Eve Unwin is only a temporary character on EastEnders – there to do a specific job (Christimas storyline anyone?) – but if this reaction continues it would be surprising if EastEnders surpremo Jon Sen didn’t make her stay permanent.