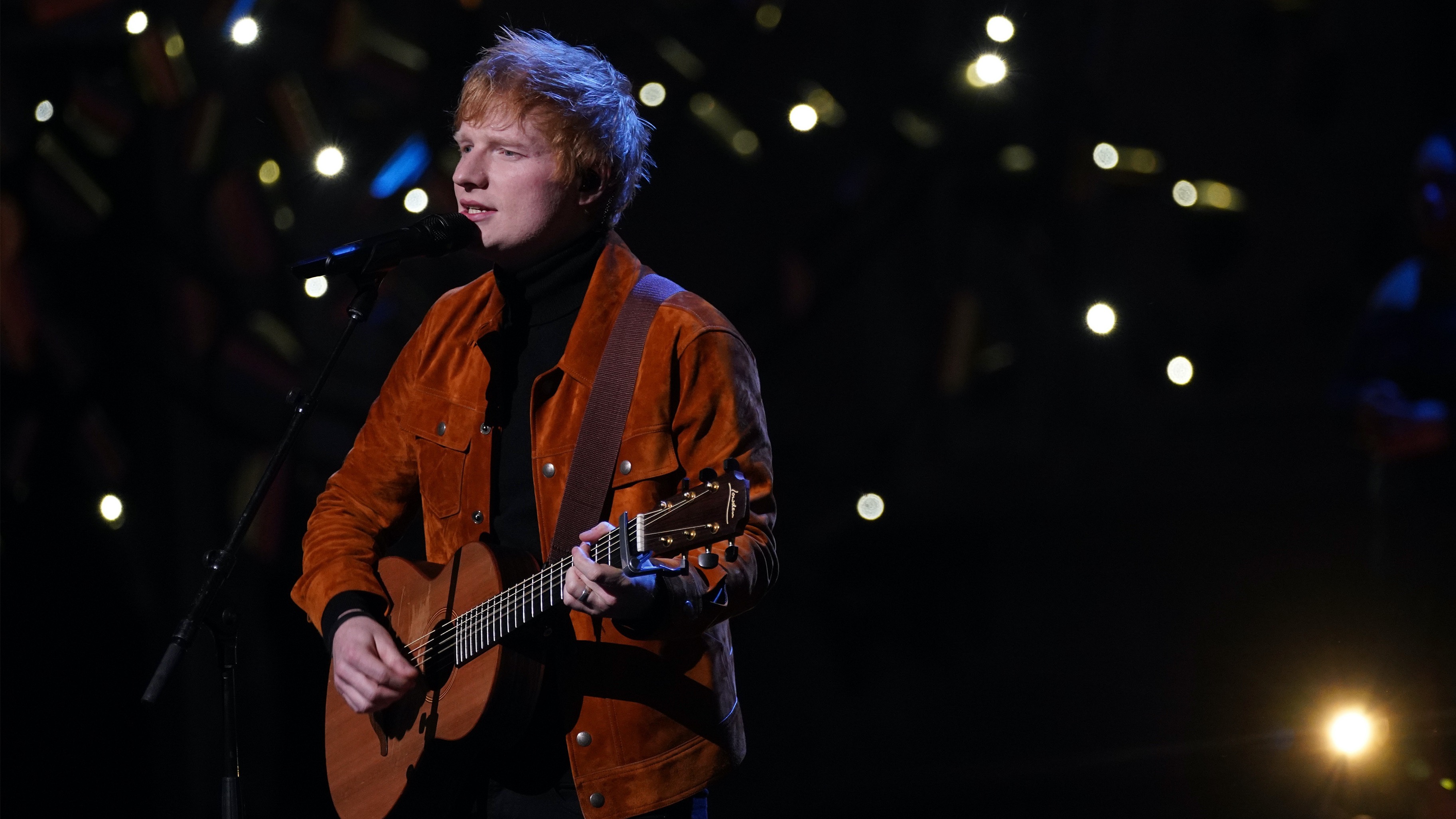 Ted Lasso superfan and singer-songwriter superstar Ed Sheeran has revealed he will be writing a song specifically for the third season of the global hit AppleTV+ comedy series.

The Shape of You and Bad Habits singer appeared on The Jonathan Ross Show, along with Ted Lasso co-star Hannah Waddingham, on Saturday and revealed an intriguing development.

Appearing remotely due to his recent positive Covid-19 diagnosis, Ed told the host that he was a big fan of Ted Lasso.

Hannah immediately interjected: “Do it, you’ve said it here, you have to now!”

Ed responded: “I am! You don’t have to convince me.”

Ed has a habit of getting involved with shows he likes, previously guest-starring in The Simpsons, Home & Away and Game of Thrones.

The second season of the charming double Emmy Award-winning comedy about the fish-out-of-water US soccer coach of the title, played by Jason Sudeikis, is currently earning new fans around the world on AppleTV+, with season three reported to be filming in London from January.

Season three could well be the end for Ted Lasso, as its co-creator Bill Lawrence recently revealed the comedy was conceived with a three-season story arc.

Lawrence told Deadline in July that all the key storylines for Ted, Rebecca, Keeley and other main characters were mapped out from the beginning – all of them based on the show ending at season three.

He said: “This story [we’ve already mapped out], I know has a beginning, middle and an end, and will end the third year I think there’s other stories to tell about Ted Lasso and the gang, and we’ll see. I think either way, it’ll be important to Jason and all of us to try and go out on a high note.”