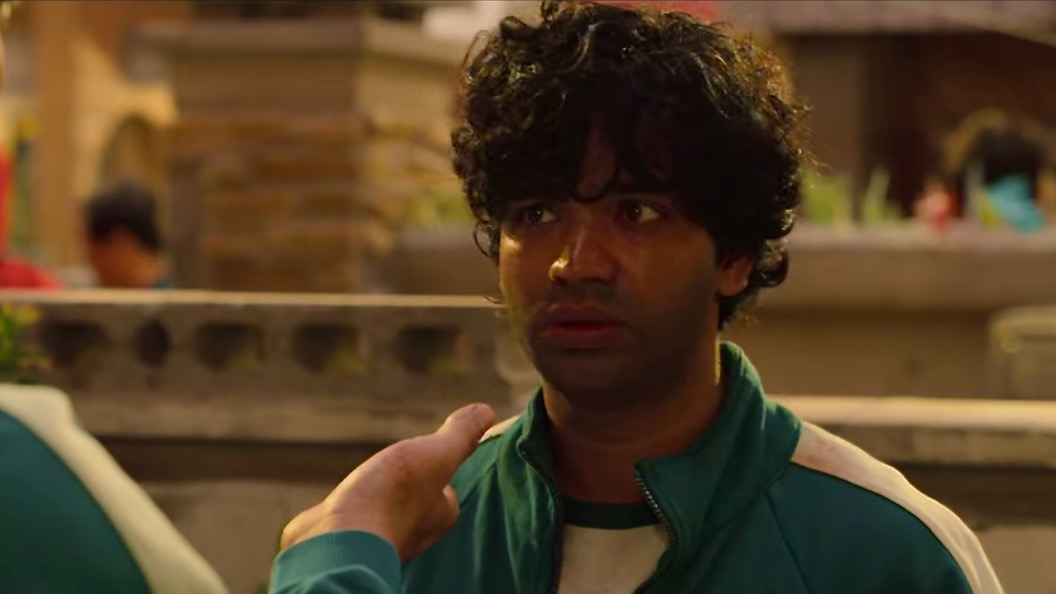 How does an Indian speak Urdu-inflected Korean and make a character so believable that we root for them from the moment we learn how they became impoverished – ripped off by a greedy boss – desperately trying to survive and clear his debt in the apocalyptic winner-takes-all thriller series.

Squid Game creator Hwang Dong-hyuk told Vice that Anupam’s casting was a simple decision. “It was hard to find good foreign actors in Korea,” Hwang said, of the young Indian who appeared ‘out of the blue’.

“He was fluent in Korean and he could act. His emotional acting was amazing, too.”

For Anupam, 32, the casting was no less of a divine event. He was a familiar face to South Korean audiences, courtesy of a decade spent in the country following his winning an arts scholarship, but nothing prepared him for the attention Squid Game was about to give him.

“I was like, ‘What is this? It’s crazily amazing’. The  biggest hook for me was how characters would live or die through a series of childhood games, and as you go deeper into the script, you’ll notice that each character has their own personal conflict.”

To prepare, Anupam revealed he turned to watching BBC documentaries, YouTube documentaries about Pakistani characters and spoke to as many people Pakistani people as he could to perfect the accent. He felt a weight of responsibility to represent migrant workers, not only in South Korea but around the world.

“I tried to go as close as I could to the character,” Anupam told Variety. “I kept on thinking it’s going to be released in 190 countries, so how can I connect with the audience as a character. That was my internal quest all the way the day from the day they said yes to me to the day it ended.”

Ali Abdul and his back story has made him a huge favourite with Squid Game fans, inspiring adoration and the ultimate accolade – fan art.

Whether Ali lives and wins the prize… or dies… in Squid Game, Anupam has a whole new legion of fans globally.

HEY Y’ALL i doodled one of my favourite scenes from squid game 🙂 this was just a quick sketch so theres not too much effort put into it bUT i hope you like it 😀 support appreciated 💕💕💖✨💞 ALI ABDUL MY BELOVED 💞✨💖 pic.twitter.com/L7R7SjlMFbOctober 2, 2021

Obviously we don’t do spoilers so you need to watch the Netflix juggernaut to see for yourself, but if there’s an award for who we most want to see survive the death games, there’s only one answer: Ali