Neither the Phoenix Mercury nor the New York Liberty finished the regular season strong, but on Friday morning one will advance to the second round of the WNBA playoffs.

Neither team seem concerned about their late-season form heading into their single-elimination playoff game in Phoenix.

The Mercury (19-13), the No 5 seed, had won 10 straight games before losing their final three – to playoff teams Connecticut, Las Vegas and Seattle – while veteran Diana Taurasi was side-lined by an ankle injury. She is expected back to take part in the playoff opener.

“I don’t think we’ve been playing bad,” coach Sandy Brondello said. “We did two really big, long road trips and that tired us out. We know that we can beat anyone.” 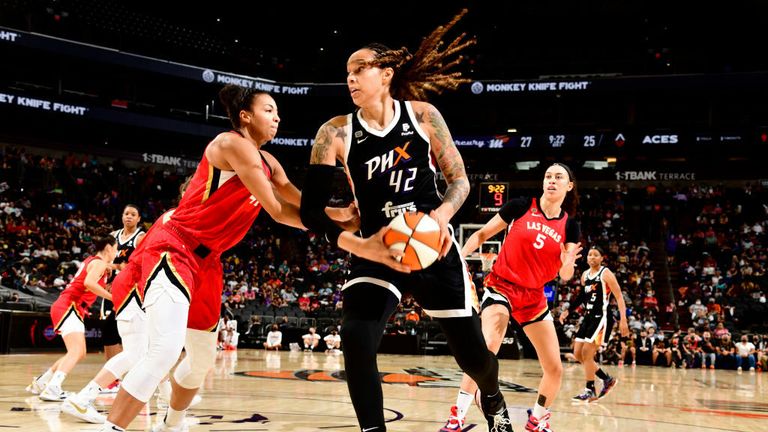 Kelsey Plum led the way with 23 points as the Aces edge out over the Mercury on the road.

Guard Bria Hartley, who scored 10 points in 19 minutes in place of Taurasi in a one-point home loss on Sunday to Las Vegas, returned from an ACL tear on September 4.

“I’ve been feeling really good all week and I was just happy I had an opportunity to show (Brondello) my progress and my confidence that you can see out there,” Hartley said. “I really think that can help this team.”

The eighth-seeded Liberty (12-20), making strides from a 2-20 record last season, were idle Sunday when Washington and Los Angeles lost, sending New York into the playoffs for the first time since 2017.

The Liberty, who set a WNBA record with 321 made three-pointers this season, were in sixth place starting the second half of the season but lost eight straight before defeating Washington 91-80 on Friday for just their second victory since the Olympic break. Highlights of the regular season game between the New York Liberty and the Connecticut Sun in the WNBA.

That victory was preceded by a 98-69 thrashing at the hands of Connecticut, which coach Walt Hopkins called “an anomaly,” adding that the bounce-back win demonstrated “the team we are right now.”

“I think we’re starting to come together,” guard Sabrina Ionescu said. “We’re proud of what we’ve accomplished, but it’s only the beginning. I’m really excited to see what the future holds for this team.”

Phoenix won two of the three meetings with New York during the season. The Liberty won in Phoenix, 85-83, on June 13 but the Mercury won successive August games in New York, winning by 27 and 16 points.

A victory would send Phoenix into the second round at fourth-seeded Seattle, while New York is hoping to earn a game at third-seeded Minnesota.