But can DeShields and her team-mates make franchise history when they start the playoffs at home in a single-elimination game against the Dallas Wings?

Chicago have never won a league title and have played in the championship series just once, getting swept in 2014 by Phoenix. The Sky’s season 16-16 record isn’t impressive, but their collection of talent is – as is their record when former two-time MVP Candace Parker has been healthy.

The Sky’s seven-game losing streak in May and June was a by-product of Parker being on the shelf with an injury. Since her return, they are five games above .500 and have proved they can beat anyone in the league. 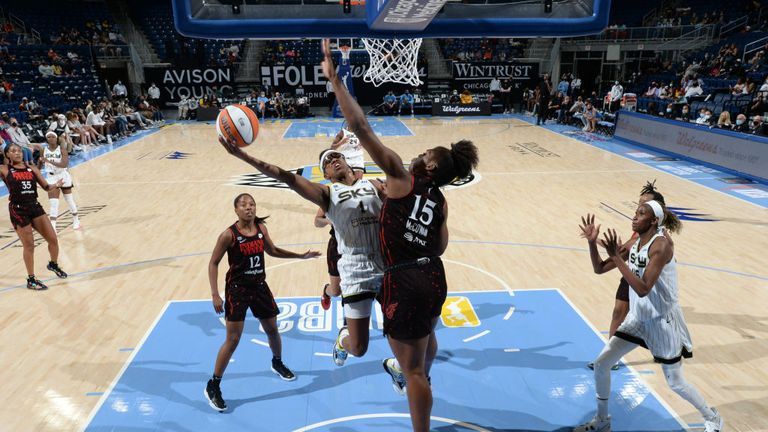 They finished the regular season with a 98-87 home win over Indiana, highlighted by DeShields coming off the bench to tie her career-high with 30 points. She became the first reserve to finish a WNBA game with at least 30 points, five rebounds and five assists.

Now the trick is to find a way to slow down the high-powered Dallas offense, which had its way in beating Chicago in two of three meetings this year. That includes a 100-91 decision on July 2 in Arlington, Texas.

“I think the keys are going to be transition and limiting them to one shot at the goal,” said Sky coach James Wade. “We can’t allow them second and third opportunities, and we have to be able to guard one-on-one. We have to stay solid in our schemes and not turn over the ball.” 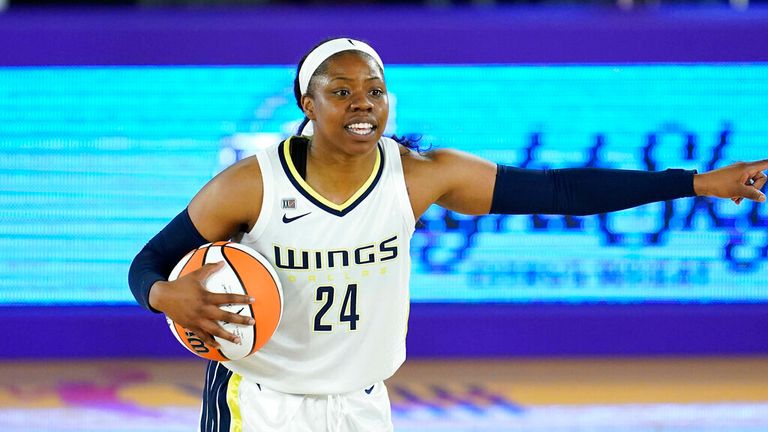 Arike Ogunbowale scores 20 points and 3 assists as the Wings beat the Sparks, 87-84

The Wings (14-18) enter off an 87-84 win Sunday over Los Angeles that knocked the Sparks out of playoff consideration.

Dallas’ ability to hit three-pointers makes them a dangerous foe despite their sub-.500 record. The Wings made 10 triples on Sunday, the tenth time they’ve reached double figures this year in that category.

Arike Ogunbowale leads the Wings with 18.7 points per game. She scored 20 points on Sunday, marking the 17th time this year she has hit that mark, and will be a serious scoring threat however long Dallas manage to stay in the playoffs.