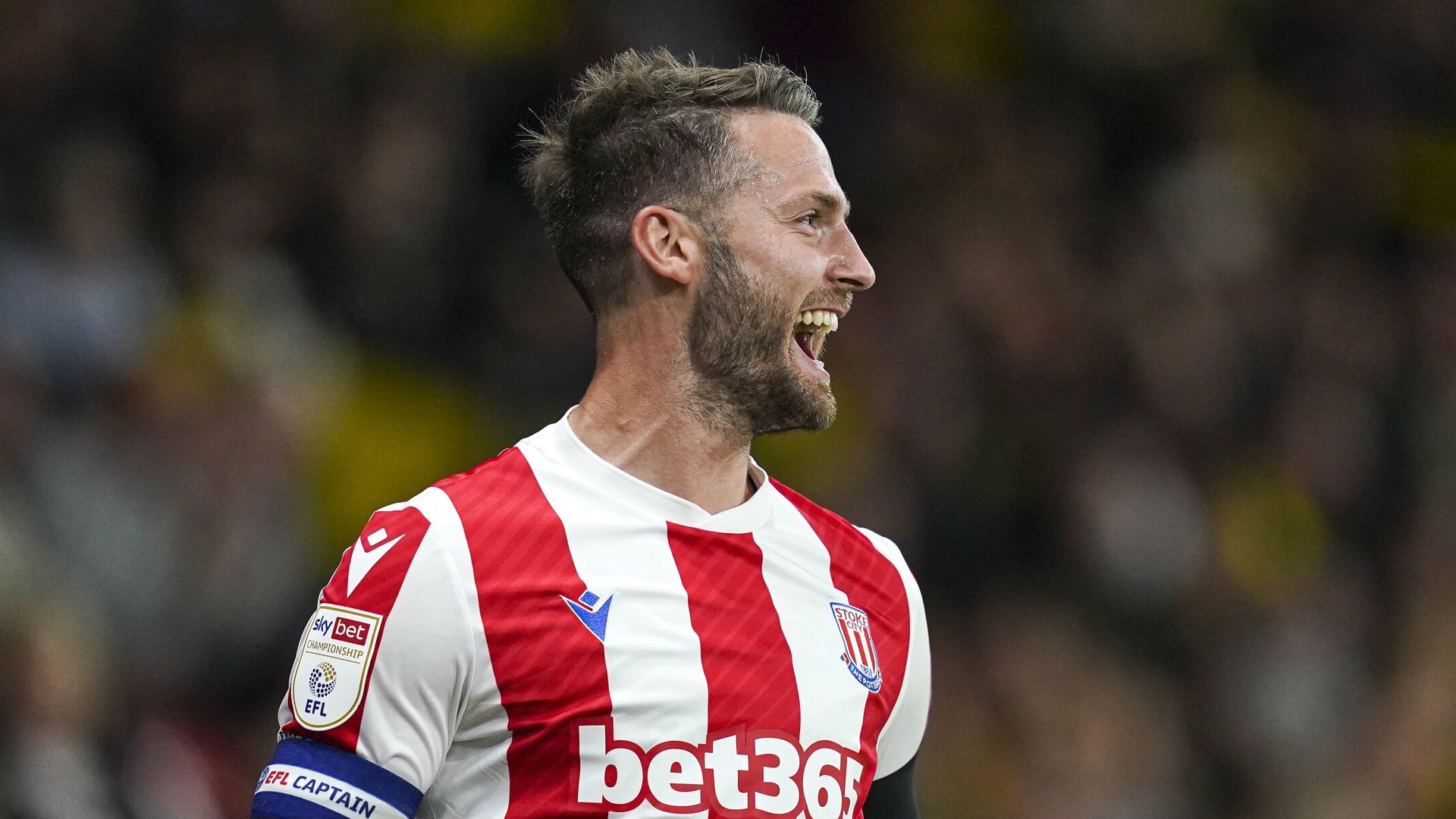 Stoke struck twice late on to see off Watford 3-1 at Vicarage Road and reach the fourth round of the Carabao Cup for a third season in succession.

Ashley Fletcher had equalised for the Hornets following Nick Powell’s opener but the Sky Bet Championship side would leave Vicarage Road victorious as Sam Clucas and Josh Tymon struck from distance to seal a 3-1 win.

Watford head coach Xisco Munoz changed his entire starting XI from the weekend win at Norwich but the majority of his fringe players failed to impress, while Stoke – showing eight alterations of their own – recovered from their loss at beleaguered Derby last time out.

With two unfamiliar line-ups the game started slowly before bursting into life just after the midway point of the first half.

Watford right-back Jeremy Ngakia was caught in possession by his own corner flag as Alfie Doughty stole the ball before crossing low for captain Powell to turn home from close range.

The goal seemed to wake the Premier League side from their slumber as both Adam Masina and Dan Gosling drew smart saves out of Adam Davies in quick succession shortly after Powell’s opener.

Masina was guilty of missing a fine opportunity to level, spooning over in front of goal from a Christian Kabasele knockdown.

The Watford left-back was the one popping up unmarked in and around the Stoke box but again fired off target as the ball broke to him on the edge of the penalty area.

Davies was again called into action shortly after the restart, shovelling away Fletcher’s header after the forward had been picked out by Cucho Hernandez.

Debutant Ozan Tufan was the next to be thwarted by Davies, with Watford now dominant and Stoke’s counter-attacks becoming a rarity.

Gosling fired badly wide after the visitors had gifted possession in midfield – but they were finally level soon after.

A shot from Hernandez was saved by Davies but this time the ball spun up and into the path of Fletcher, who finished from point-blank range.

They somehow failed to take the lead 10 minutes later, Hernandez hitting the post and Fletcher’s follow-up deflecting behind for a corner.

Those close calls would come back to haunt Munoz’s men as it would be Stoke who would hit the front once more.

Clucas had come on shortly after Fletcher’s equaliser and steered home from the edge of the box, a slight deflection taking the ball past debutant Rob Elliot in the Watford goal.

The winger would crack the crossbar with a fine long-range effort shortly after before the tie was wrapped up in more fortuitous circumstances.

Tymon broke clear down the left and seemed to miscue a cross which caught Elliot off his line, drifting in over his head to establish a two-goal cushion for the visitors, who saw out stoppage time to reach round four.

When is the draw for the Carabao Cup fourth round?

The fourth-round draw will take place after Manchester United’s third-round clash with West Ham on Wednesday night; kick-off 7.45pm. The draw will be live on Sky Sports Main Event and Sky Sports Football.