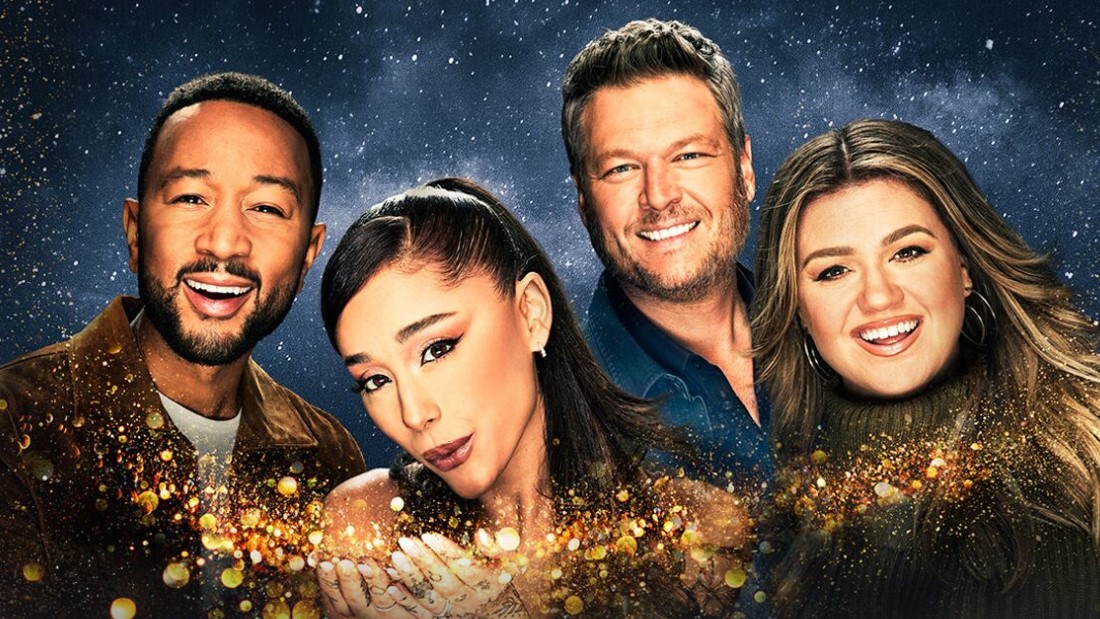 The Voice, NBC’s hit singing competition show, is back for its 21st season, and so is the live studio audience. For the first time since the start of the pandemic (which has consisted of two seasons of The Voice), a live audience was brought in for the production of the first episodes of season 21, much to the delight of the coaches.

The Voice debuted on NBC in 2011, and since then has been one of the most popular and critically acclaimed reality competition shows (it has seven Primetime Emmys). The format has four well known musicians that will serve as coaches for hopeful singers. However, to determine who gets paired with what coaches, the singers perform “blind auditions,” where the coaches sit in chairs turned away so they can just listen to the singer and nothing else about them. If they like what they hear they hit the button to spin the chair around and then try to convince them to join their team.

The blind auditions make up the early part of the season before the selected singers then compete head-to-head in live shows. Ultimately, the winning singer receives $100,000 and a record deal with Universal Music Group.

Spin the chair and let’s find out everything we need to know about season 21 of The Voice.

Who are ‘The Voice’ coaches?

The Voice has always featured some big name musicians as their quartet of coaches. First there is the ever-present Blake Shelton, who has been a coach in every season of The Voice thus far. Two other season 21 coaches have been with the show since season 16, Kelly Clarkson and John Legend.

Since the trio have competed against each other, a Team Blake singer has won twice, while Team Kelly and Team Legend have one win each. For math people out there noticing that there should be another winner, you’re right; Gwen Stefani was a coach in season 19 and had one of her singers win.

There’s some new blood in the big chairs this season, though, as pop-star Ariana Grande will make her debut as a coach on The Voice, taking over for Nick Jonas. The established coaches welcomed Grande, who put her own stamp on her arrival in a promo.

The other constant figure on The Voice team is Carson Daly, who has been the host since the series began.

Who are ‘The Voice’ season 21 contestants?

The whole idea of The Voice is that the judges and viewers go into each singer’s audition without knowing anything about them, so of course there is no information as of yet regarding who is competing on season 21 of The Voice. However, once we have a list of contestants and what team they are on, What to Watch will update this page with that info.

When is ‘The Voice’ release date?

That is expected to be the schedule for The Voice for the entire season 21, a Monday show with a Tuesday follow up.

Is there a ‘The Voice’ season 21 trailer?

We’ve already shown you a few promo videos for The Voice’s latest season above, but below you’ll find a more straightforward preview of the new season, with the coaches sharing some of their thoughts and the first look at some of the hopefuls. Give it a look.

How to watch ‘The Voice’

The Voice will air on local NBC channels Mondays and Tuesdays at 8 p.m., starting Sept. 20. This will allow anyone with a traditional cable/satellite pay-TV subscription, TV antenna or access to a live TV streaming service (i.e. Fubo TV, Hulu with Live TV, Sling TV and YouTube TV) to watch The Voice live on their TV.

Subscribers to any of these services can also watch the latest episodes on-demand on the NBC website (authenticating with their approved service login credentials) or on Hulu.

Another option is NBCUniversal’s own streaming service, Peacock. Peacock requires no cable system and can be watched on a TV (via smart TV, Roku, Amazon Fire, Android of Apple devices), computer or gaming consoles (PlayStation, Xbox). However, to watch episodes of current NBC seasons, the viewer must be signed up for Peacock Premium, which has a $4.99 ad-supported and $9.99 ad-free plan. However, past seasons of The Voice are available to watch on the free version of Peacock.