‘The Conners’ season 4: Release date, cast and everything we know about the ABC comedy 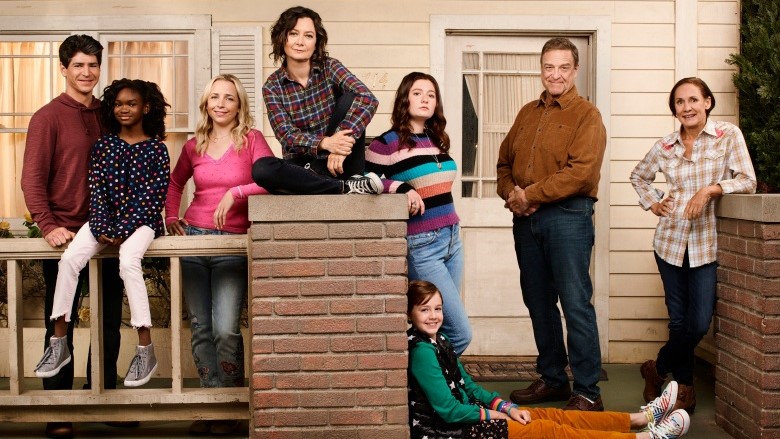 The Conners are one of the classic American TV families, whether it was in their first iteration on Roseanne or the newer, sans Roseanne Barr, eponymously named ABC series. Viewers will get to spend time with them again this fall, as The Conners returns for its fourth season.

After the reboot of the classic ‘80s/90s sitcom Roseanne that began in 2017 was nixed because of offensive tweets from Roseanne Barr, ABC didn’t want to say goodbye to the Conners. So, with Roseanne writers and executive producers Bruce Helford, Bruce Rasmussen and Dave Caplan, they pivoted to The Conners, and it has worked out pretty well so far.

Read on below for everything you need to know about The Conners season four.

What is the plot of ‘The Conners’?

The Conners takes the familiar family and follows their lives after the death of Roseanne. In classic sitcom form, most episodes are contained to their half-hour, though of course there are some overarching story arcs.

SPOILER ALERT, as we go over some of the big story arcs in season three, which included the family dealing with the pandemic; Dan’s drywall business and Ben and Darlene’s magazine going under; Becky having a relapse with her addiction; and Ben rejecting Darlene’s marriage proposal.

It wasn’t all grim, though (it is a comedy after all). Dan and Louise are engaged; Geena retires from active duty military and reunites with DJ and Mary; and Jackie got a big investment in her lunch box business from her boyfriend, Neville.

Season four will kick off with a special live episode, titled “Trucking Live in Front of a Fully Vaccinated Studio Audience.” The plot synopsis for the episode is:

“The Conners continue to deal with the pandemic while navigating breakups and newfound sobriety, all while planning an upcoming wedding.”

Who is in ‘The Conners’ cast?

The Conners brought back many of the original cast members from Roseanne, including John Goodman, Laurie Metcalf, Michael Fishman, Sara Gilbert and Lecy Goranson. Of course more members of the family have been added. Here is the primary cast:

When is ‘The Conners’ season four release date?

The Conners return to ABC on Sept. 22, where they will occupy the 9 p.m. Wednesday time slot of the network. The season will kick off with a live episode, then remaining episodes will once again be taped.

The latest episodes of The Conners will be available the next-day on either ABC.com or to stream on Hulu.

Is there a ‘The Conners’ season four trailer?

With the first episode being live, there isn’t any new footage to show, but that didn’t stop ABC from releasing a promo featuring some great clips from previous episodes. It also provides some information for a contest that will allow viewers to appear in a future episode of The Conners. Watch below.

How to watch ‘The Conners’

Watch The Conners live on your local ABC station through any traditional cable/satellite pay-TV provider, TV antenna or a live TV streaming service including Fubo TV, Hulu with Live TV and YouTube TV. In addition to being able to watch the show live, if you subscribe to either a traditional pay-TV provider or a live TV streaming service offering ABC you can also watch the latest episode of The Conners the next-day on ABC.com.

However, cord cutters can also catch new episodes of The Conners as soon as the next day after airing, so long as they subscribe to Hulu. The streaming service will make each of the latest episodes available the day after they air on TV, as well as having all previous episodes from the series available to stream.