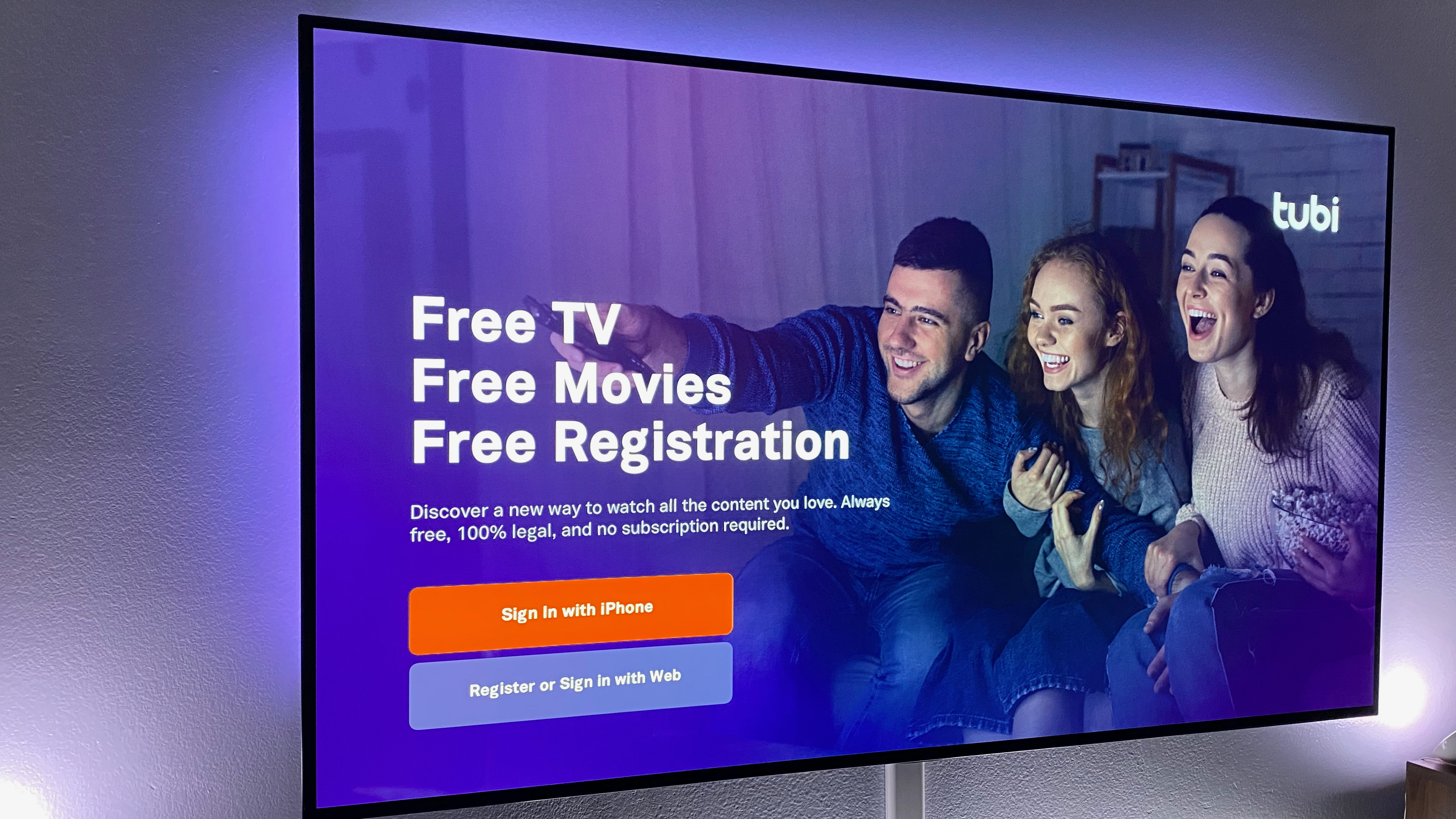 There’s a lot that can make a memorable action movie, be it some classic one-liners, an iconic protagonist (or antagonist) or just a lot of cool looking explosions. Whatever it is that gets your attention, Tubi probably has an action movie that can deliver it.

Tubi is an ad-supported, free streaming service offering a number of classic movies and TV shows to watch, covering all different genres like sci-fi, comedies, LGBTQ and Black stories.

Here’s a look at some of the best action movies that Tubi has on its service right now.

Akira is not only one of the best anime films out there, it holds its own as a straight up action flick. Though the Akira’s setting (2019) is now in the past, it is a futuristic film that sees a biker gang attempt to save Neo-Tokyo from a secret military project and the psychopath at the center of it.

There have been a few attempts for a live-action adaptation of Akira, but it’s been a bumpy road to say the least and at this point there is no indication when we may be getting one. Even if a live-action Akira is coming down the pipe, it will have a tall task topping the original.

What do you get when 42 Japanese teenagers are sent to an island by their tyrannical government to fight to the death? A fun and bloody movie known as Battle Royale.

Kinji Fukasku’s cult classic is a wild ride featuring multiple great action sequences and character deaths. While there was controversy on how much Battle Royale influenced The Hunger Games franchise (author Suzanne Collins said she had never heard of Battle Royale), the Japanese film goes a step further than Hollywood does in its depiction of violence.

The movie that every guy had a poster of in their college dorm, The Boondock Saints was almost a rite of passage for anyone old enough to see it in the 2000s.

Writer/director Troy Duffy popped from obscurity with The Boondock Saints, the story of two brothers who decide to take on Boston’s criminal underworld in the name of God. Normand Reedus and Sean Patrick Flanery starred as the two brothers, while Willem Dafoe and Billy Connolly had memorable supporting turns.

It’s prevalence may have faded a bit, but The Boondock Saints is still a fun ride.

More than 30 years after its release, Die Hard remains a gold standard for the action genre. From Bruce Willis’ John McLane, a shoeless, non-ripped NYPD police officer, to Alan Rickman’s sauve villain Hans Gruber and all the fun and big action in between, there is so much to enjoy in this John McTiernan-directed film.

If you somehow don’t know the plot of Die Hard, Willis’ McLane flies to Los Angeles to spend Christmas with his estranged wife and kids (the main argument for people who claim Die Hard is a Christmas movie). However, while waiting for his wife at her office Christmas Party, a group of terrorists seize the building and its up to McLane and a local LAPD officer outside the building to try and stop them.

Die Hard is an all-timer, so make sure to watch it as soon as possible if you haven’t yet.

Legendary artist Bruce Lee’s final completed film, Enter the Dragon has a special place in film lore just for that. The fact that it is a fun movie that highlights Lee’s incredible talents is icing on the cake.

Lee stars as a secret agent tasked with competing in a martial arts tournament held on an opium lord’s island fortress so that he can investigate and ultimately take him down. John Saxon and Jim Kelly prove to be allies in the film, while Kien Shih and Robert Wall portray the villains.

In Fist of Fury, Bruce Lee is out for revenge. This is another of the few feature films that he was able to make before his death in 1973.

Fist of Fury stars Lee as Chen Zhen, a renowned martial artist who discovers that his former master has died. He soon learns that he was poisoned by a rival dojo and sets about getting revenge on the killers.

Bruce Lee’s film career may have been cut short, but that has raised each film’s profile and makes it special to see the skill Lee exhibits in them. Fist of Fury is no exception.

Ip Man, the legendary martial artist who trained Bruce Lee, has been the subject of many films, but The Grandmaster stands out not only for its incredible fights, but the beauty with which they are shot.

Kar-Wai Wong (In the Mood for Love, Chungking Express) directed The Grandmaster, which was inspired by the life of Ip Man, in particular his relationship with a fellow martial artist.

Just watch the trailer, and if the gorgeous visuals of the movie, in particular its fight scenes, shot by Philippe Le Sourd (who earned an Oscar nomination for his work) don’t entice you to check it out, I’m not sure what would.

Dan Stevens made his breakthrough as part of the height of class in Downton Abbey, but he dropped the manners in The Guest and turned into a stone-cold killing machine in this indie action film.

Stevens stars as David, who after arriving in a small town introduces himself to the Peterson family, saying that he was a fellow soldier of their son who was killed in action. They welcome David into their home, but the Peterson kids realize that there is something weird about David, especially after a series of violent accidents start to occur around town.

From director Adam Wingard (who would go on to direct Godzilla vs. Kong), The Guest is a sleek, clever action film with a strong performance from Stevens.

While movies based on video games often struggle with their adaptations, Hardcore Henry took a different approach and essentially made a video game as a full-fledged movie. The film is shot entirely in first person, giving audiences the POV of the hero as he fights, shoots and does all sorts of action genre staples in an effort to save his wife.

Though the spectacle is certainly the most important part of this first-person shooter movie, Sharlto Copley, Hayley Bennett and Tim Roth star.

We can nitpick all we want about some of the problems in Highlander (most notably Sean Connery choosing to stick with his Scottish accent for a Spanish character named Ramirez), but at the end of the day the movie features dudes cutting each others heads off with swords — it’s a fun time.

In case you’re not familiar with Highlander, it centers on a group of nearly-immortal beings who are locked in an ongoing contest for a mystical “prize.” The way to win is to be the last one standing.

There are sequels and even a television series for Highlander, but as the movie itself says, “There can only be one,” so stick with the original.

Daniel Day-Lewis is a three-time Oscar-winning actor for performances in My Left Foot, There Will Be Blood and Lincoln. But in the early ‘90s, when he would take projects more frequently, he gave the action genre a try with the adventure film The Last of the Mohicans.

Michael Mann directed this adaptation of the James Fenimore Cooper novel that follows Hawkeye, an adopted son of the Mohican Chingachgook, as he attempts to protect the daughters of a British colonel from multiple threats during the French and Indian War. It’s a big, fun film with a great soundtrack.

Of course, it’s still Daniel Day-Lewis, so he went as method as he could for the role of Hawkeye, learning how to live in the wild and properly use a tomahawk and 12-pound flintlock rifle.

If you think that films from early Hollywood weren’t able to produce the same kind of high-intensity sequences that action films today often feature, go watch the Native American attack scene in Stagecoach and be floored by how they pulled it off.

John Ford’s classic western has some great action, but it’s tale of a group of travelers forced to put aside their differences as they travel through hostile territory aboard a stagecoach is compelling when the guns are firing and when the characters, portrayed by John Wayne, Thomas Mitchell, Claire Trevor and more, are shooting off dialogue.

The zombie genre has gone beyond horror and become a popular element to many action films, like Train to Busan. The South Korean film is a great example of the genres working well together.

When a zombie apocalypse breaks out, survivors attempt to flee to safety on the train from Seoul to Busan. Of course, you can’t keep a zombie down and the undead wind up on the train and passengers are forced to fight them.