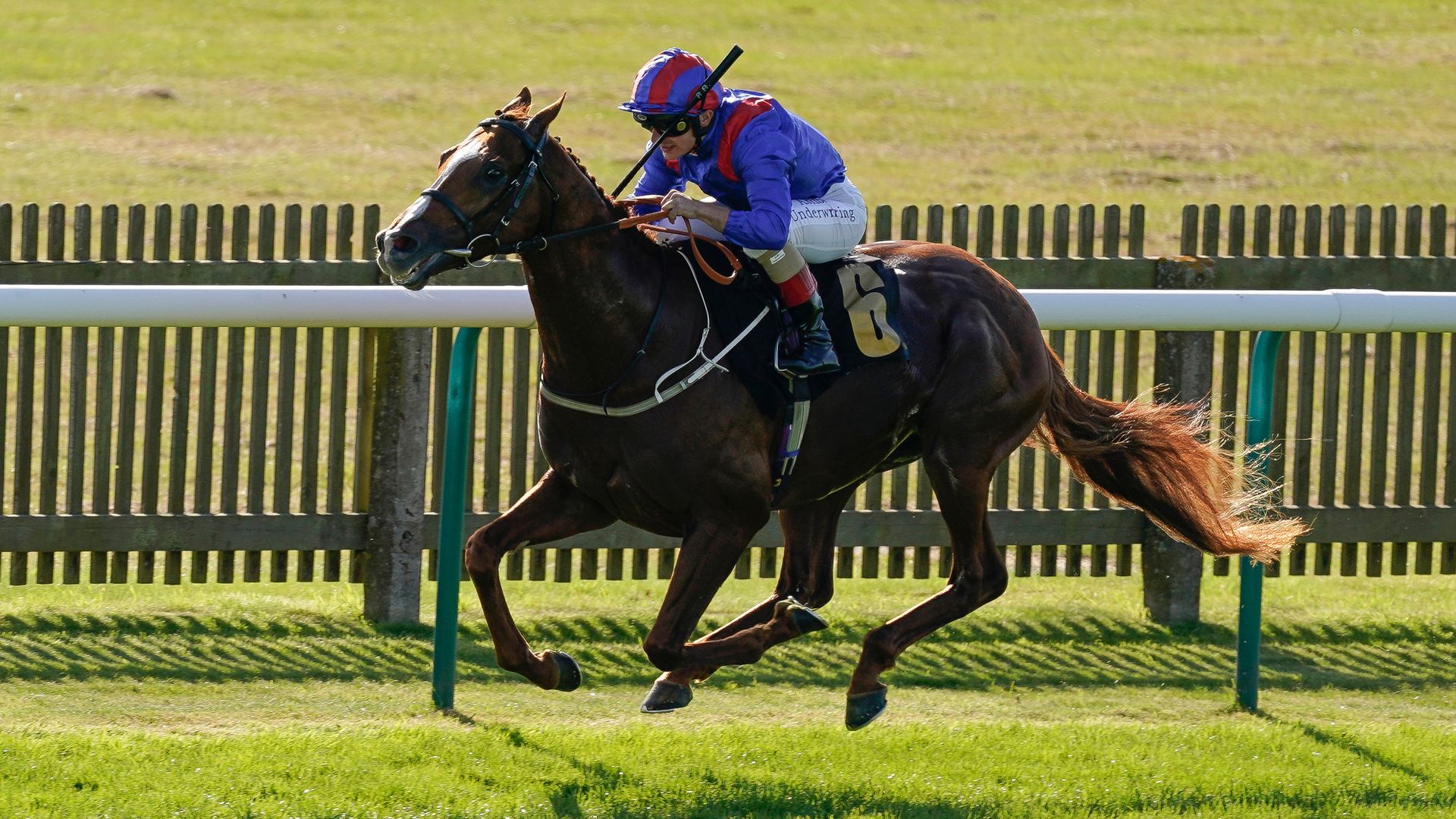 Nayef Road was rewarded for a string of fine efforts in top company when making every yard of the running in the Jockey Club Rose Bowl Stakes at Newmarket.

Without a win since the rearranged Sagaro Stakes at Newcastle soon after racing’s resumption last June, he had nevertheless been up against some top-class opponents.

Having finished behind Stradivarius on no less than five occasions, he relished being back in the much calmer waters of Listed company.

Second in the Gold Cup last year, Mark Johnston, who won that race this June with Subjectivist, will no doubt have taken great pleasure from the display.

Andrea Atzeni, who had ridden Nayef Road the last twice, was keen to make it a real test of stamina and began to wind it up three furlongs from home.

Eileendover was the first of the big guns to crack and it was not long before Max Vega and Roberto Escobar were also in trouble.

With a furlong to run it was just a question of how far and Nayef Road (9-2) crossed the line six lengths clear of Roberto Escobar, with Max Vega just holding off Morando for third.

Charlie Johnston, assistant to his father, said: “This is one of those instances where you genuinely feel happy for the horse.

“He’s had two years of banging his head against the brick wall that is Stradivarius. For all of us, that gets a bit disheartening after a while.

“When we saw this race we thought it might be a nice opportunity to try to get his head back in front in slightly calmer waters and prove that he’s still got the ability that has seen him finish second in two Group Ones.

“He’s entered at Ascot (on Champions Day). We didn’t go to York because we thought when Stradivarius was there he wouldn’t go to Doncaster as well, but fair play to them – he’s kept turning up and danced every dance this year.

“It was nice to finally find a race where he wasn’t here! We’ll speak to the owner regarding plans for the autumn and winter and next year.”

He went on: “Although he finished second in a Gold Cup on soft ground, I think he’s better on top of the ground, so it will depend a bit on conditions at Ascot.

“You’re stuck between a rock and a hard place as if the ground is quick Stradivarius is the impenetrable wall and if it’s soft you get Trueshan in his best conditions.

“Nayef Road is a horse who can be competitive in those big races, and when he drops down to this sort of level he’s just a bit better than the rest of these.”