Voting for Sky Bet Championship, League One and League Two Goals of the Month is open until Monday, September 20 at 3pm. 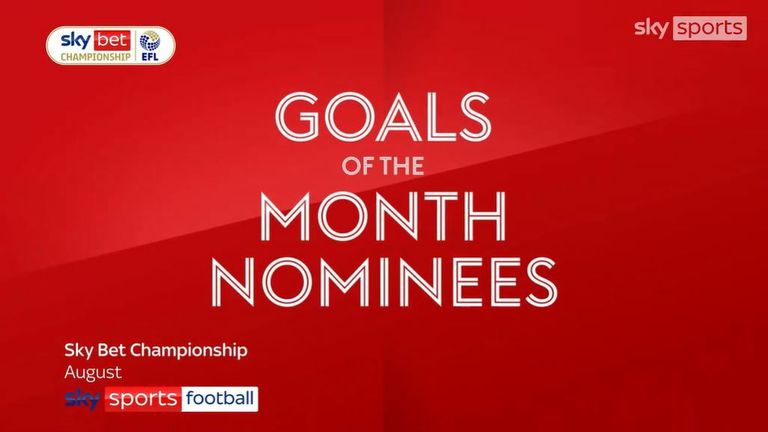 Watch August’s nominations for the Sky Bet Championship Goal of the Month award.

Six players, five touches, imagination, vision, the subtlest of dummies, the deftest of flicks and an unerring low finish from Tymon made Stoke’s team goal a thing of Potteries beauty.

The difficulty facing Mowatt as he lined up a thigh-high volley was in not swinging his foot through the ball too early. He chose the perfect moment to sweep home majestically.

Everybody at The Den, including Blackpool keeper Chris Maxwell, knew what Wallace was intending. The combination of speed, spin and accuracy meant he still couldn’t stop this pearler. 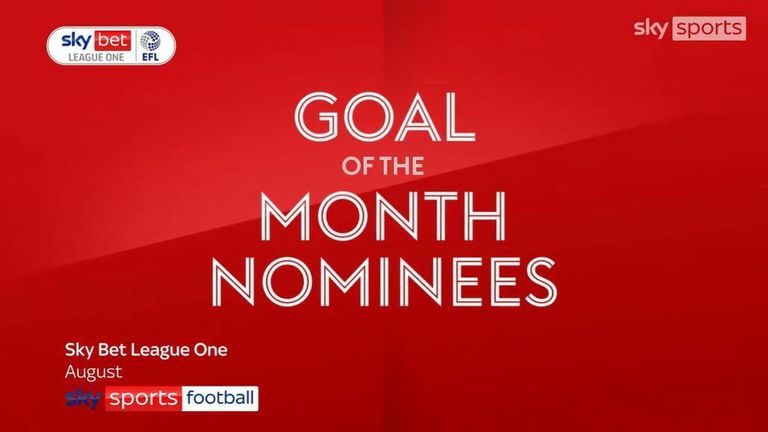 Watch August’s nominations for the Sky Bet League One Goal of the Month award.

Smith hadn’t scored for 10 EFL games dating back to April, but you wouldn’t know it from the trickery that took him past two players and the dipping 30-yard wallop which followed.

Embleton was already moving as he tucked a throw-in around the corner to Lynden Gooch. Seizing the return pass, he sent an exquisite left-foot curler spinning into the far corner.

Some overhead kicks are instinctive whirls of the body. Others, like the one Bloxham fashioned as he followed a dropping ball away from goal, are richly created out of chaos. 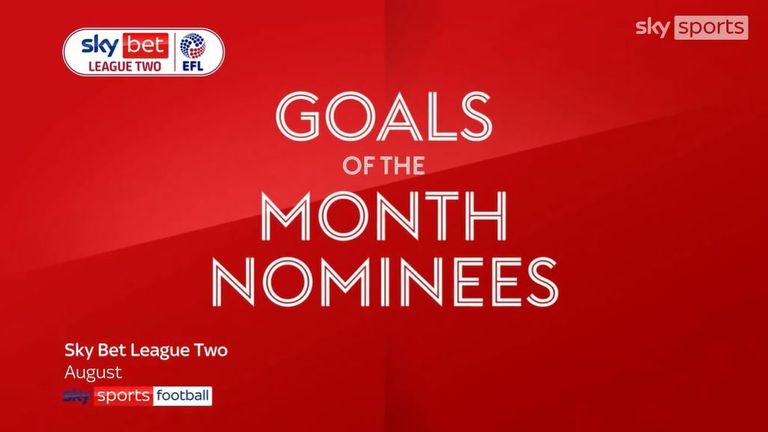 Watch August’s nominations for the Sky Bet League One Goal of the Month award.

Salford’s first goal of the season might also prove to be their best. Willock maintained the family standards set by brothers Chris and Joe with a pinpoint piledriver into the top corner.

As the ball was slipped to him, Finley allowed it to run across his path so that he could despatch a long, lazy, looping curler into the top corner and make it look truly effortless.

Holohan didn’t have time to plan as the ball was shovelled towards him by a defender. Controlling it with his weight shifting backwards, his swing of the boot was timed perfectly.