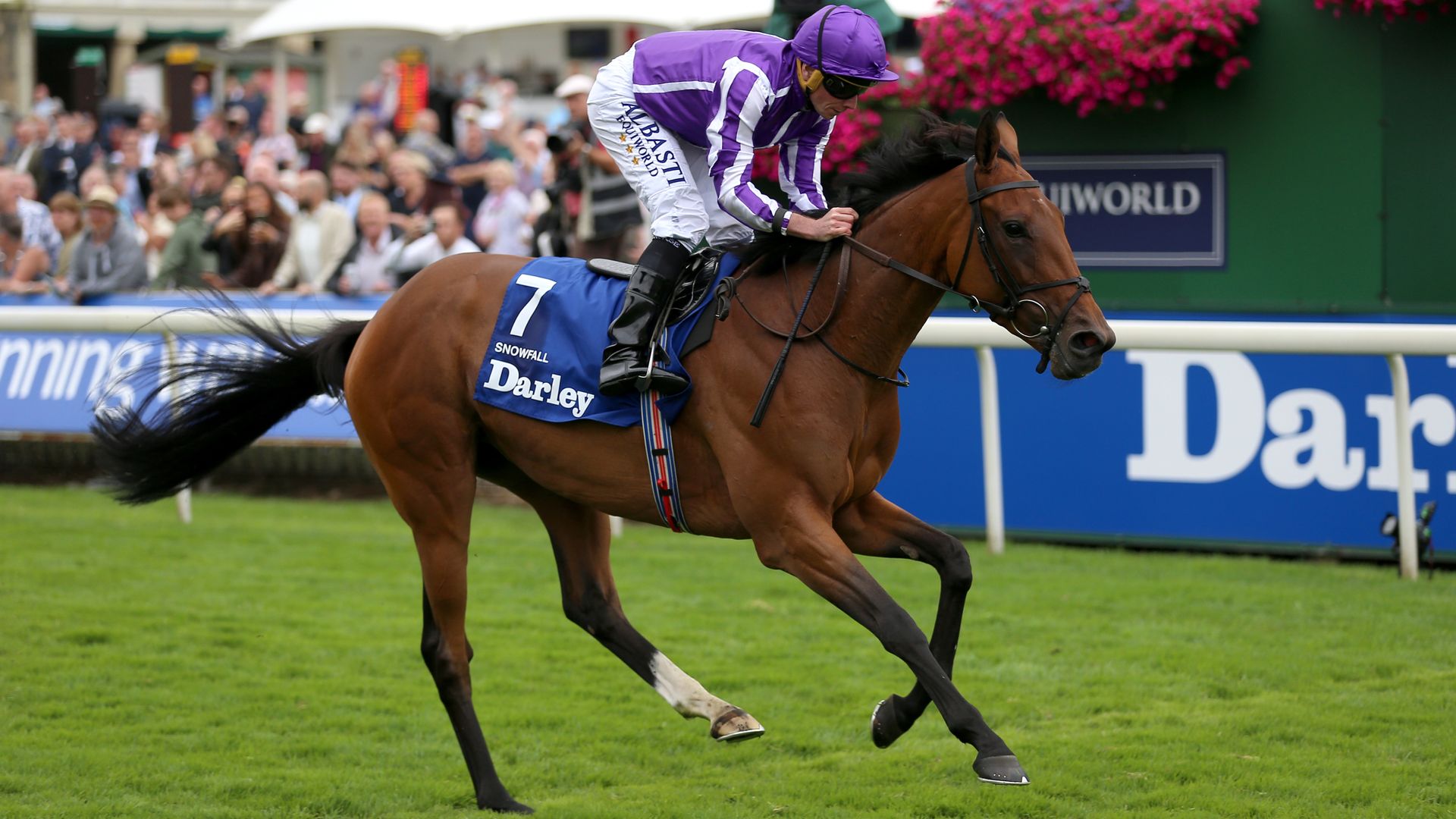 Aidan O’Brien remains keen to saddle both Snowfall and Love in the Prix de l’Arc de Triomphe on Sunday week.

Brilliant in winning the Oaks at Epsom, the Irish Oaks at the Curragh and the Yorkshire Oaks, Snowfall has long been considered a major contender for Europe’s premier middle-distance contest.

And while the daughter of Deep Impact suffered a shock defeat at the hands of the Roger Varian-trained Teona in the Prix Vermeille earlier this month, O’Brien remains optimistic ahead of the ParisLongchamp showpiece.

“She came out of the Vermeille very well – we’re very happy with her,” O’Brien told Sky Sports Racing on Wednesday.

“It was lovely for her to go round the track and we saw the way she coped with it. The ground was quick and we know that she’s very comfortable on soft ground.

“She’s a filly who gets a mile and a half well and it (Vermeille) was more of a trial.

“Frankie (Dettori) was very happy with her. Obviously she didn’t win, but I think her last six furlongs were the quickest of any horse in the race – she was really quickening and was going forward.

“Often in the trial, you’re better to get beat and things not go right than win and everything go right.

“She worked well this morning and we’re very happy with her at the moment.”

Love was in a similar position to her stablemate Snowfall 12 months ago, having won the 1000 Guineas, the Epsom Oaks and the Yorkshire Oaks – but missed out on a run in the Arc due to the prevailing testing conditions.

A year on, the Galileo filly is set to line up with plenty to prove following three successive defeats – most recently being touched off by La Petite Coco in the Blandford Stakes at the Curragh.

“We were delighted with her run (in the Blandford),” O’Brien added.

“We went to the Curragh as a trial for the Arc and we think she’s really gone the right way since then.

“If the ground was nice, we were always planning on going to the Arc with her.”