Team news, stats and prediction ahead of Crystal Palace vs Brighton in the Premier League on Monday Night Football; kick-off 8pm.

Crystal Palace will have Jeffrey Schlupp back in contention for the visit of rivals Brighton on Monday.

The versatile midfielder suffered a hamstring injury on international duty with Ghana earlier this month but has recovered from the problem and is back in training.

Nathan Ferguson and Ebere Eze (both Achilles) remain absent but are making good progress ahead of an anticipated return later in the year. 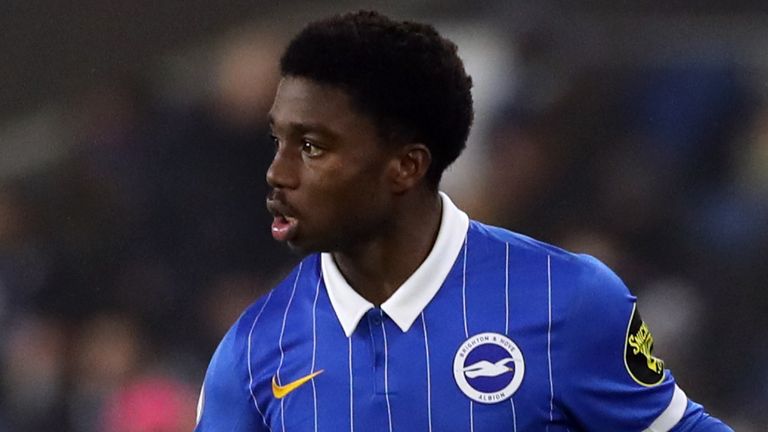 Brighton boss Graham Potter says Tariq Lamptey will be involved in the squad to face Crystal Palace, but a decision is yet to be made on whether the full-back will be fit enough to feature.

Brighton are monitoring midfielders Alexis Mac Allister, Enock Mwepu and Yves Bissouma ahead of the trip to Selhurst Park.

Mac Allister suffered a knock in the midweek Carabao Cup win over Swansea and Mwepu pulled out of that game due to a groin issue, while Bissouma sustained a knee injury in Sunday’s win over Leicester.

FREE TO WATCH: Highlights from Liverpool’s win over Crystal Palace

FREE TO WATCH: Highlights from Brighton’s win over Leicester

Brighton dominated both Premier League meetings against the then Roy Hodgson-managed Crystal Palace last season but failed to win either game, drawing 1-1 at Selhurst Park and losing 2-1 at the Amex to a stoppage-time goal by Christian Benteke. Their shots data in those fixtures equated to a goal every 22.5 shots – a common theme to their problems under Graham Potter. Basically, they were having to create lots of chances to score a goal.

That is something they have rectified this season as they are now averaging a goal every eight shots and are outperforming their expected goals data. It’s all very unlike Brighton. Whether they can sustain it though, is up for debate.

Meanwhile, Palace under Patrick Vieira are attempting to become more of a possession-based team than under Hodgson. Their average possession stats are up to almost 50 per cent on average despite having faced Chelsea and Liverpool in their first five Premier League games. 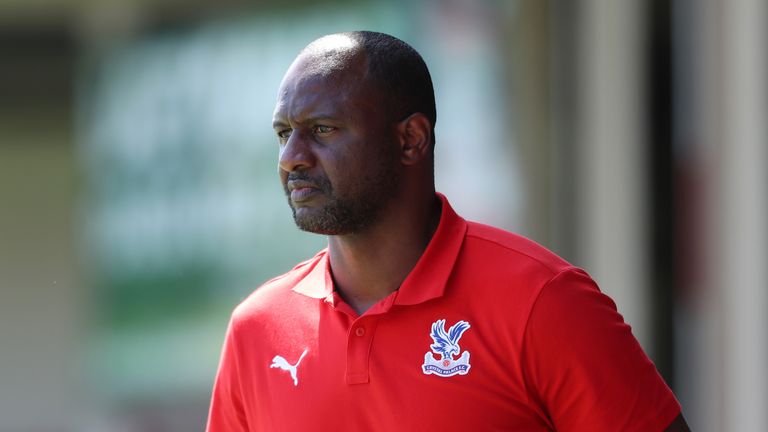 So, what does this all mean for this particular encounter? A low-scoring one, probably but the markets are already well prepared for that with just 4/7 on offer with Sky Bet for under 2.5 goals. Those sorts of prices aren’t really my style so I’m going to play a 66/1 shot with Sky Bet as they seriously underestimate the chances of Wilfried Zaha getting sent off.

Zaha always plays on the edge, more so now than ever with his prickly reactions to getting fouled leaving him vulnerable to an aggressive coming together with the opposition. He played a big part in the dismissal of Japhet Tanganga in the win over Tottenham, a game he was booked in, meaning he has now induced eight opposition red cards since his Premier League debut in 2013 – the most of any player.

Confrontation follows Zaha around. Four red cards have been shown his way during his career, with the last coming in January 2019 during one of his many run-ins with James Ward-Prowse. The referee that day was Andre Marriner, who takes charge of this one. All the ingredients are there, under the lights in a derby match at Selhurst Park, for Zaha to lose his cool with VAR watching like a hawk.

We take a look ahead to this weekend’s action as Chelsea host Manchester City, Aston Villa travel to Manchester United and Arsenal & Tottenham face off in the North London derby