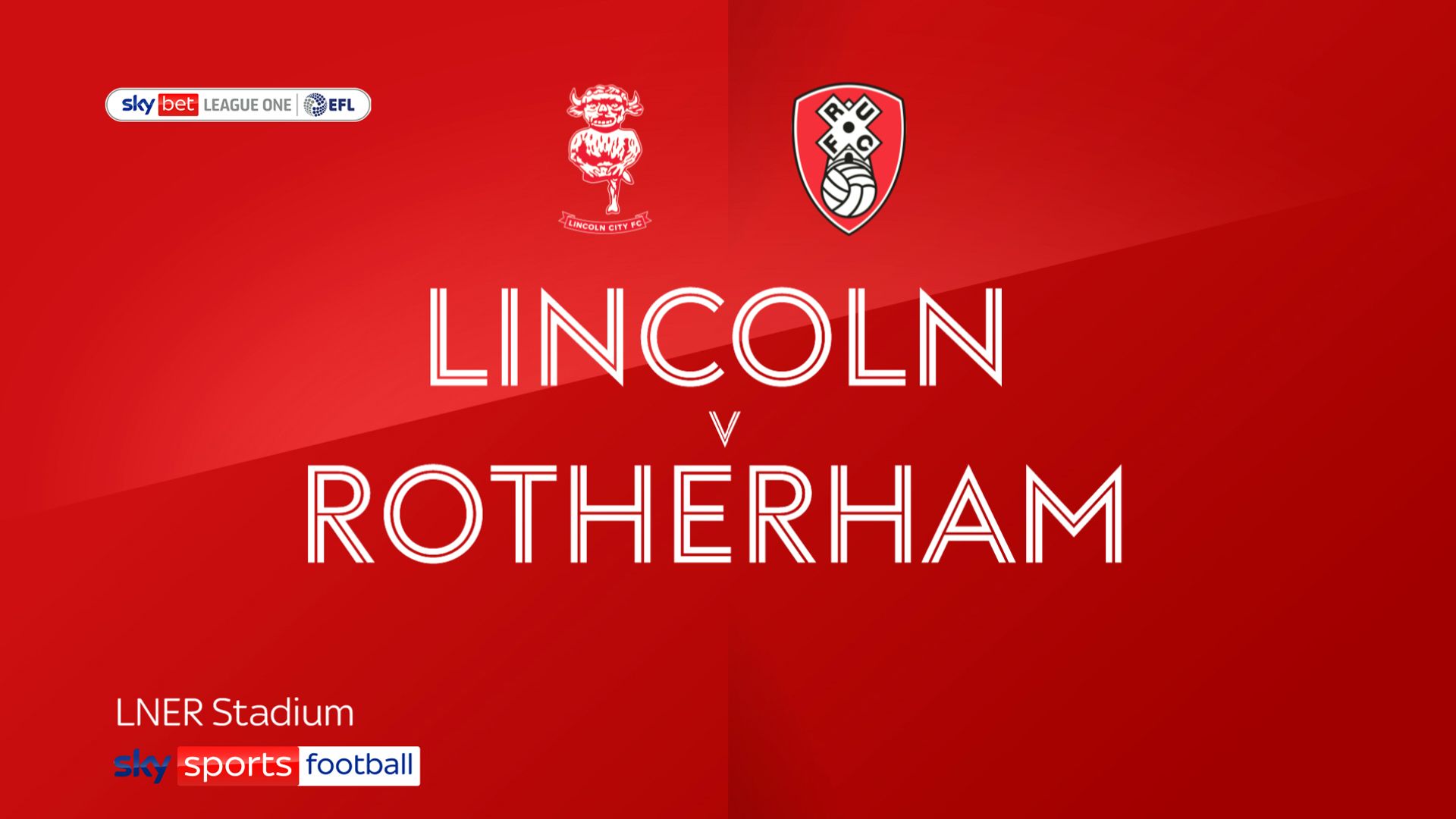 Lewis Fiorini rescued a point for Lincoln in their 1-1 Sky Bet League One draw with Rotherham at the LNER Arena.

Michael Smith had fired the visitors ahead in the first half, but after substitute Fiorini equalised for the Imps it was left to their on-loan goalkeeper Josh Griffiths to keep them in the contest, producing a series of fine saves to keep out Rotherham, who laid siege to the home goal in the second half.

Griffiths first came to the rescue after 13 minutes, stretching out a leg to keep out Smith’s low effort.

City made a change after 22 minutes, with Fiorini replacing the injured Conor McGrandles and within seconds Smith fired the Millers ahead, the big striker slamming home Freddie Ladapo’s cross.

Lincoln finally carved out a decent opening seven minutes before the break, Fiorini bringing out a diving save from Viktor Johansson from range.

Play switched to the other end and this time it was Griffiths getting down low to palm Ollie Rathbone’s 20-yard drive wide.

City got back on level terms 10 minutes after the break when Liam Bridcutt threaded a ball through to Fiorini and as the Millers defence parted, he strode through to drive the ball past Johansson.

The intensity levels were being cranked up and Griffiths had to be alert to save Smith’s close-range effort before Lewis Montsma fired wired at the other end.

Ben Wiles fired wide and Smith curled narrowly over as the Imps somehow held on for a point.

Wed Sep 15 , 2021
Share on Facebook Tweet it Share on Reddit Pin it It seems that the advent of streaming has led to an unexpected resurgence in anime spin-offs of live action series, with Netflix using the animated route to fill the gaps left by those pesky live action series and movies that […]